Volunteer-divers were releasing baby lobsters off Rosemullion headland in Falmouth Bay, Cornwall for the National Lobster Hatchery this week when they came across a huge fishing-net on the reef. 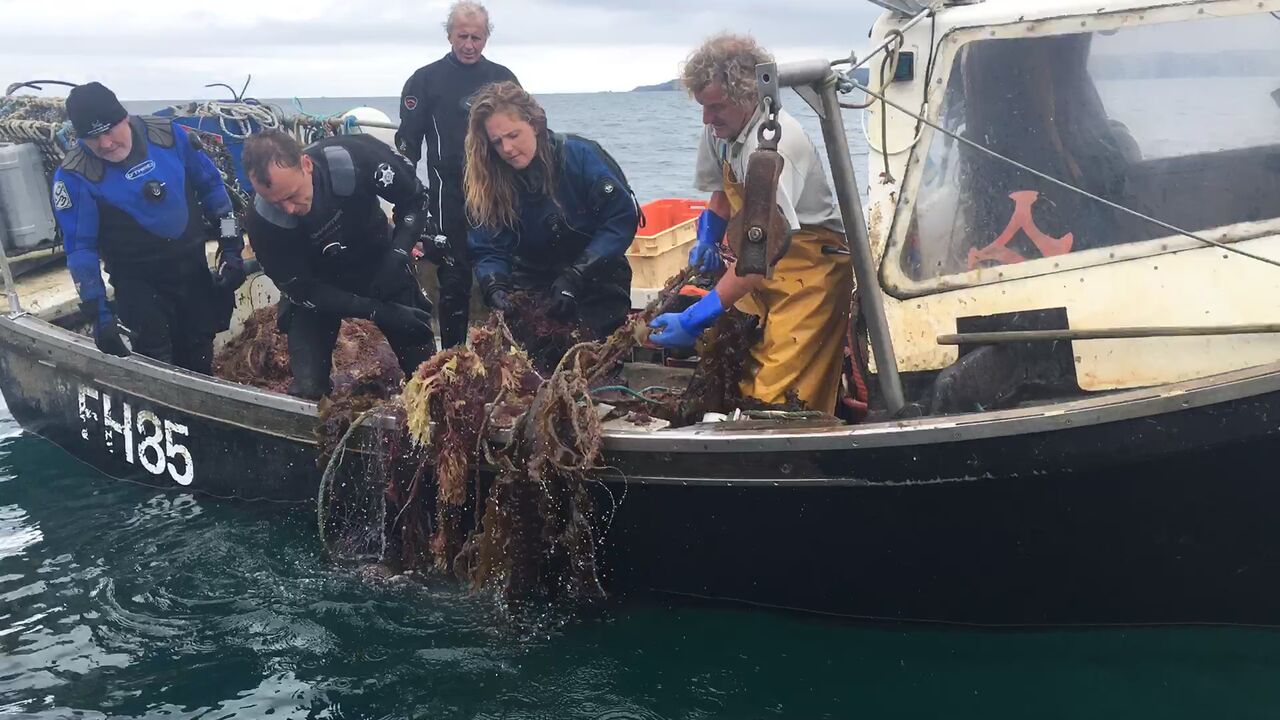 The first group of divers, led by Mark Milburn of Atlantic Scuba, had released their half of the 700 lobsters and were continuing their dive by exploring the reef when they found the net.

Standing 4-5m off the seabed and stretching more than 100m across the reef, it had trapped dozens of spider and brown crabs and lobsters – some of which the divers were able to release.

They left an SMB in place and, once back on their boat, dropped a buoyed anchor to mark the spot.

When the divers told passing local fisherman Tim Bailey about the net, he offered to recover it using the mechanical hauler on his boat, as this would be safer than the divers trying to do it themselves.

The second group descended the anchorline, released the rest of the juvenile lobsters and then tied the anchor to the rope of the net.

Four other divers went aboard Bailey’s boat to help him drag the net aboard, a process that took more than half an hour in rough sea conditions.

Back in harbour, other fishermen helped Bailey to dispose of the net. “How many creatures it has caught and killed will never be known, but it won’t be able to kill any more,” said Milburn.