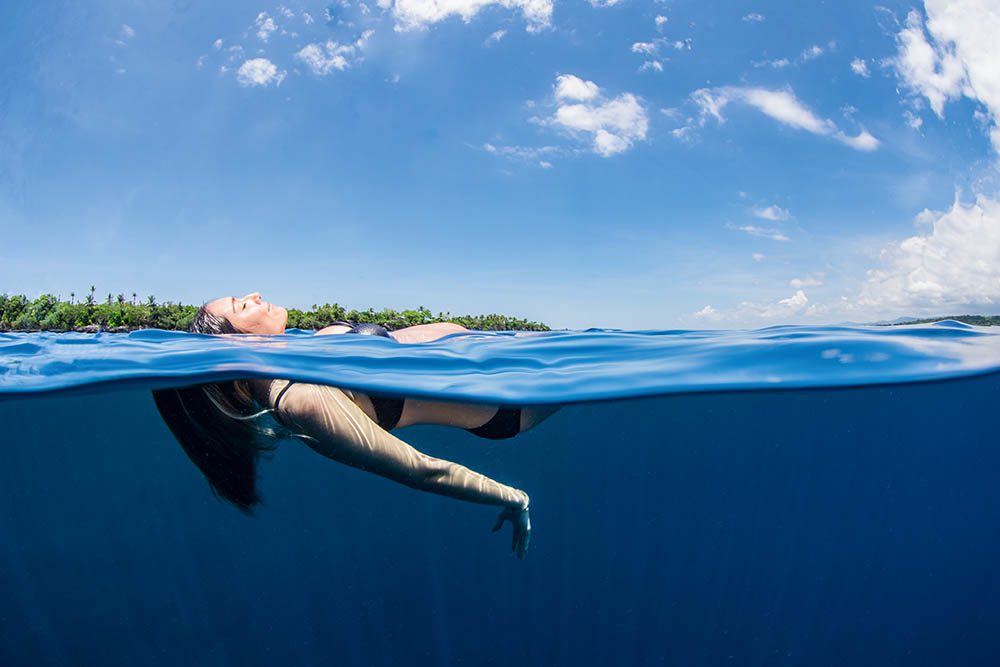 For peace of mind, it’s best to take a break from scuba diving while pregnant.

ON A LIVEABOARD IN THE RED SEA, I found out that Jade and I were expecting our first child. We knew that Jade would have to put scuba-diving on hold for nine months, but as time went on I wanted to better understand the research behind diving and pregnancy.

Unlike many marine species (hello Mr Seahorse), the female does all of the heavy lifting when it comes to human pregnancy, and us males can only do our best to be supportive.

On top of the physical burden, mothers-to-be are advised to give up scuba-diving during the gestation period – like most men I am eternally indebted to Jade for taking on both of these burdens!

The vast majority of divers today are aware that you shouldn’t dive if pregnant, and all the training agencies now list pregnancy as a contra-indication to scuba-diving that requires medical consultation.

The risks to a foetus are the same we consider apply to ourselves when diving: decompression illness (DCI) and the effect of high oxygen partial pressure.

What is unclear is a foetus’s susceptibility to these issues.

It’s possible that if excessive bubbling occurred in the mum-to-be, some of these bubbles would pass through the placenta into the foetus. Terrifyingly, it’s possible that harmful bubbles could occur in the womb without the mother showing any signs of DCI. We are also unsure how a foetus will react to high doses of oxygen under pressure – either in a hyperbaric chamber or while diving.

Depending on the stage of pregnancy, there are concerns that a diving illness could have severe consequences such as physical abnormalities, brain damage or even death for the foetus.

Using pregnant women for testing is obviously not an ethically sound idea, so lack of data is the biggest barrier to us better understanding this issue. Sheep placenta has the closest resemblance to that of a human, and hyperbaric dive simulations have been conducted on pregnant ewes.

These experiments uncovered excessive bubbling in both the ewe and its foetus and, when put through a series of extreme dive-profiles, foetal death occurred. There has also been hyperbaric testing of pregnant rats, which showed that if the rats did contract DCI, there was a much higher likelihood of physical abnormalities in the foetus, even if the DCI was treated.

On the other hand, when no DCI occurred, the foetus had the same chances of being born healthy as in cases in which the mother had not “dived”.

THE MOST RECENT STUDIES involving humans have used a retrospective survey format. In a 2006 article by scientists at the Plymouth hyperbaric chamber, the clearest finding was that more and more pregnant women were abstaining from diving. 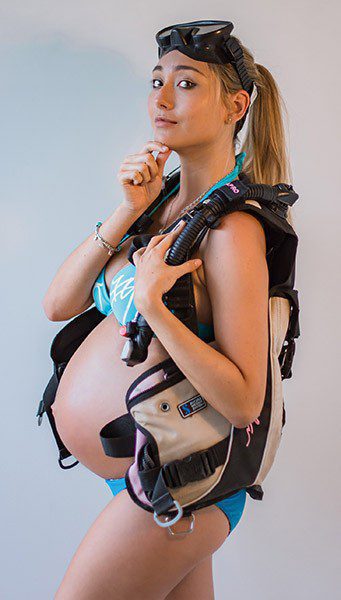 Have you ever wondered about the research behind diving and pregnancy?

Their data also indicated that the rate of spontaneous abortions among women who had dived while pregnant was the same as the rate for the general UK population.

In 2014, new research recommended that pregnant women avoid diving but, if a woman insisted, she should stick to a maximum depth of 18m, with a maximum dive-time of half that calculated by the US Navy Tables.

Most recently, a 2016 paper provided the largest survey to date, interviewing more than 2000 women, 466 of whom dived while pregnant.

As with previous research, no difference in miscarriage and premature birth rates was found between pregnant diving and non-diving women. However, a significantly higher rate of infant malformations were found among the women who had dived, the damage having occurred in the first trimester.

The hardline recommendation was that all training organisations should change their regulations to require a negative pregnancy test before each scuba-diving session!

In sum, there is no solid body of evidence that provides consistent and definite answers on the issue of diving while pregnant. We do, however, have indications that diving illnesses can have tragic results for a foetus.

Bearing this uncertainty and worst-case scenario in mind, it’s clear that scuba-diving during pregnancy is not worth the risk. On top of that, no doctor in their right mind is going to sign you off for it!

IF YOU HAVE ACCIDENTALLY DIVED in the early stages of pregnancy, you are not the first, and in all likelihood the foetus is fine. Cease all further diving, consult your doctor and request an early anatomy scan for reassurance. 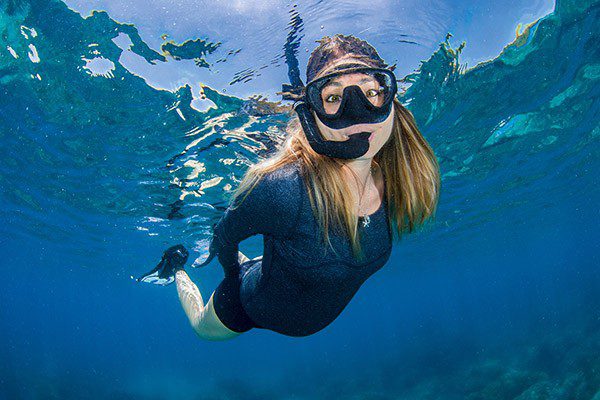 Have you ever wondered about the research behind diving and pregnancy?

If you’re pregnant and craving the water, snorkelling while surface- swimming is the best option.

As for freediving, there is even less research available into breath-hold dives and pregnancy. The Ama pearl-divers of Japan are known to continue their work long into pregnancies, seemingly without ill-effect. However, we know that repetitive, deep freediving will cause nitrogen-loading and could lead to bubble formation, which in turn could be harmful to the foetus.

Once your baby arrives, the recommendation for resuming scuba-diving is pretty much the same as for all moderate to strenuous physical activity.

After a vaginal birth, it’s suggested that you wait at least three weeks and ensure that postpartum vaginal discharge has ceased before full immersion.

If you’ve had a Caesarian, the recovery is likely to take longer and you should avoid all heavy lifting while the stitches heal, at least six to eight weeks.

Everyone is different; these are just guidelines. The final decision should be made in consultation with your doctor.

As for breastfeeding after diving, it is perfectly safe because nitrogen does not accumulate in significant quantities in the breast milk.

And so it would seem to be that for a scuba-diving mum-to-be, your first great sacrifice is to (temporarily) hang up your BC!