Shipwrecks of the P&O Line by Sam Warwick & Mike Roussel 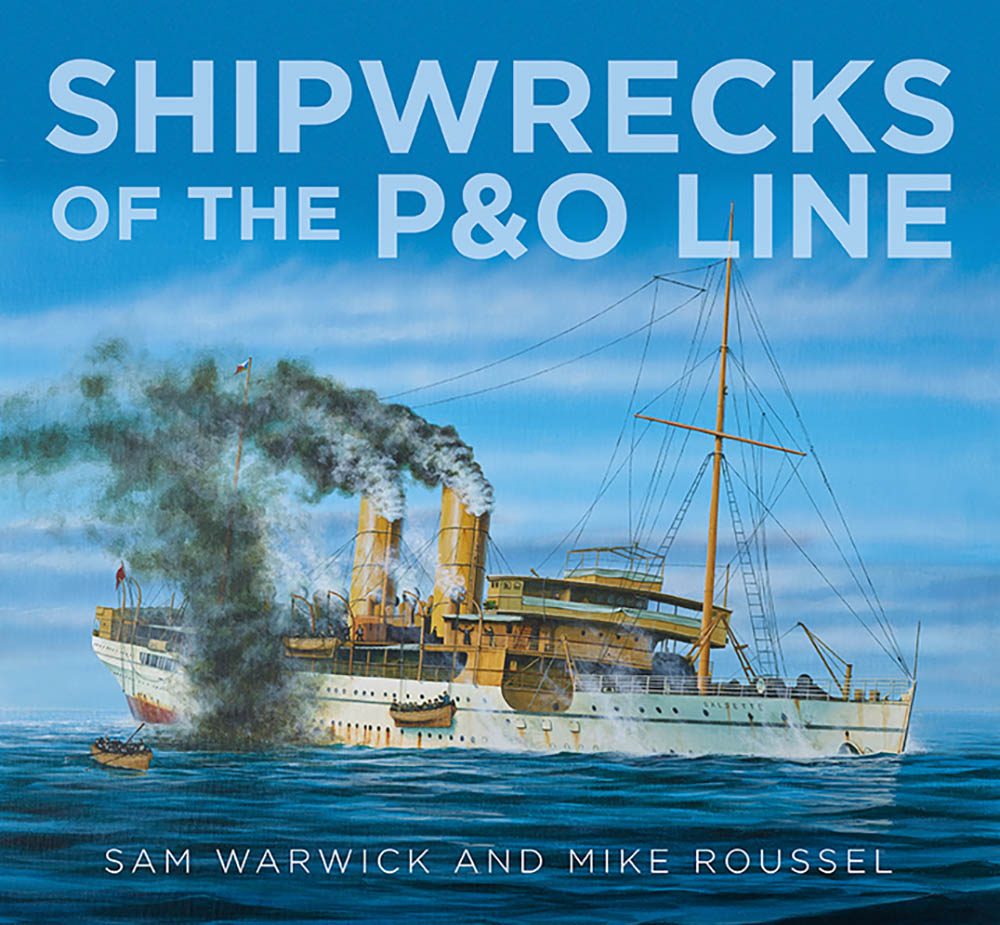 THIS BOOK MUST HAVE BEEN another labour of love for Sam Warwick (above left), a technical diver based in Australia and dedicated to passenger ships.

He has written for DIVER in the past, mainly, as you might expect from his lineage, about Cunard liner wrecks. He and Mike Roussel wrote the book Shipwrecks of the Cunard Line for the History Press four years ago.

That volume was favourably received in these pages, combining as it did Warwick’s diving and Roussel’s historical research strengths to great effect. Now we have a companion piece from the same stable, and Warwick appears to have gone over to the enemy, because this book is dedicated to Cunard’s major rival over the years, the Peninsular & Orient Line.

The Cunard volume covered 18 wrecks in detail and rounded up 66, the casualties of 170 years of bad weather and warfare.

In fact these sites are listed in a table giving their depths towards the back – there are 26 of them (if you include the Socotra at Le Touque, which, at 1m deep, is more of a lie-down than a dive) – but apart from the 130m-deep Egypt off the French coast and the Ballarat in Cornwall at 73m, most of the others are in recreational depths.

Very familiar names to British divers will be such wrecks as the Salsette, Moldavia, Egypt, Oceana and Somali around home shores, and the Carnatic in the Red Sea.

A brief history gets us underway and then we’re straight down to the individual ships, with plenty of intriguing photographs. These are a combination of contemporary, artefact and underwater pictures where applicable, especially of the WW2 wrecks.

The big-name wrecks get plenty of space in which their stories can be developed, from launch to dive-site. The writing is crisp and to the point, and the diving content is just detailed enough to provide a good counterpoint to the history.

In fact the only thing I didn’t really like was the typesetting – wide, light and tracked-out to avoid hyphenation, it’s not especially reader-friendly.

This is a book for UK wreck-divers who revel in maritime history, whether the result is a diveable wreck or not.