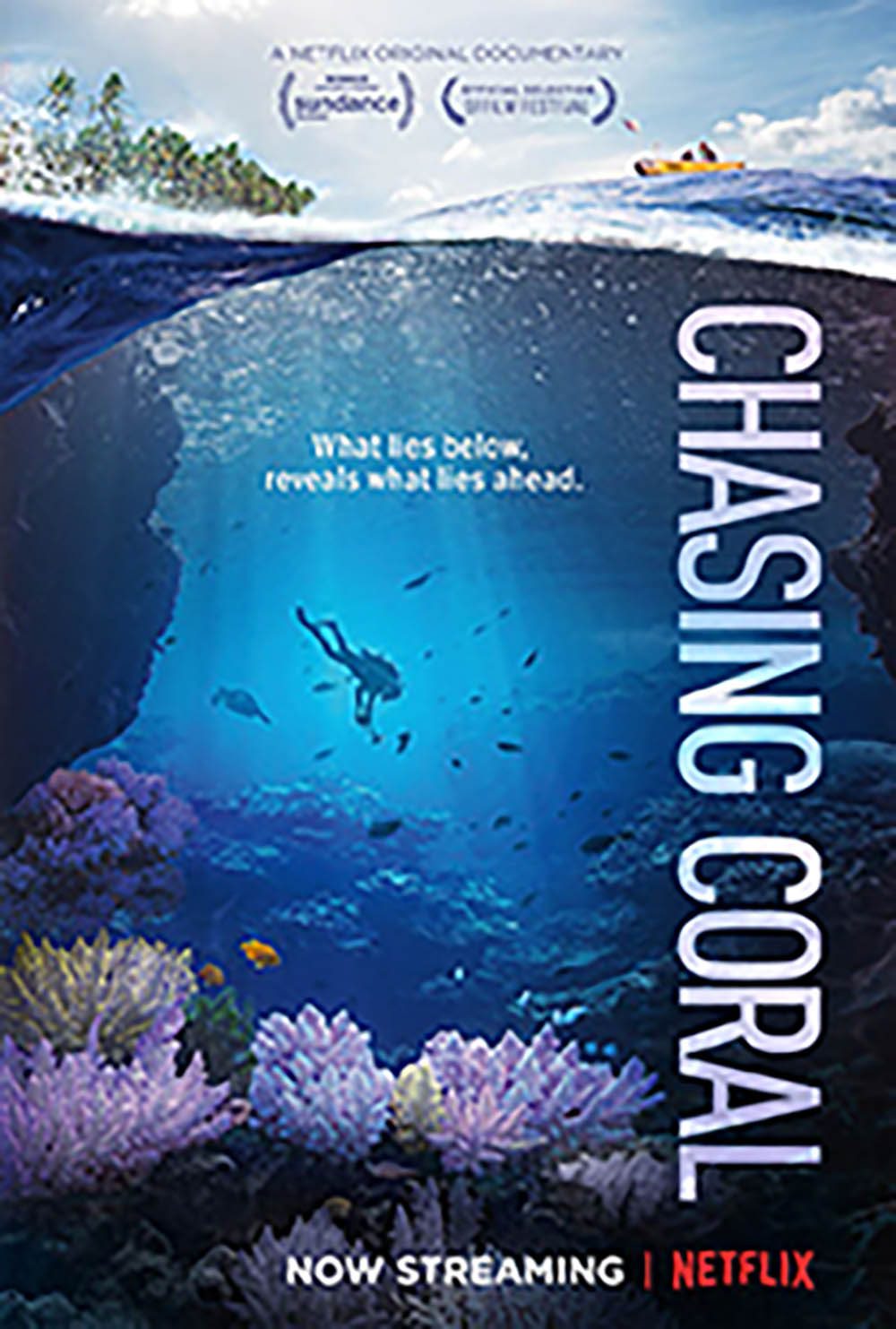 IF THE MOVIE Chasing Coral has two flaws, one is not of its own making. It is that the viewers it might attract are the converted.

But, with a Netflix release, let those of us in that camp hope that it will engage and motivate a wider audience.

The second flaw is that this is a polemic, rather than a balanced documentary showing opposing points of view. At its heart lies the issue – or non-issue, as it is for some – of global-warming. So it is one-sided.

The concept came from former London ad executive and founder of the Ocean Agency, Richard Vevers.

He was inspired to apply his marketing skills to a film project to draw attention to the role corals play in the world eco-system and the damage already being done, largely out of sight of the public, by rising sea temperatures.

He then saw the movie Chasing Ice, highlighting the effects of global-warming on the ice-caps and directed by Jeff Orlowski. The two men combined their talents and branding, with Orlowski taking on directing duties for what became Chasing Coral.

Choosing tropical locations, the plan was to demonstrate the bleaching effect of warming on coral reefs using time-lapse photography.

Automatically controlled cameras were built but the technology broke down – an occurrence to make any seasoned underwater photographer crack a wry smile. The team had no option but to dive and shoot the pictures themselves, one by one.

The effect of hundreds of man-hours spent under water laboriously tripping shutter-releases takes up only seconds on the screen, but the impact is dramatic and sobering.

Unlike some other films of its genre, this is an ensemble piece and not led by a self-styled eco-crusader. For me, this is a great strength. Nobody grand-stands – the film remains focused on the message, not the messenger.

The science, which one is expected to take on trust, is lay level and accessible but not condescending.

For example, it is explained that the seas and oceans are a heat-sink, absorbing and holding far more heat than the land. As I understood it, the problem is not that there is a seasonal temperature rise, but that the increases blamed on global-warming now greatly exceed what nature ever adapted corals to tolerate.

The film claims that 29% of corals died on the Great Barrier Reef in 2016.

Chasing Coral does issue a call to arms. Divers with cameras can contribute images of their local reefs to help with monitoring. Local screenings of the movie are also encouraged, to raise awareness of the issues. Without intervention, which may rely on citizen power, Chasing Coral predicts the “eradication of a complete eco-system in our lifespan”.

It may be an advertising cliché, but I left the screening thinking: when it’s gone, it’s gone. Recommended.