In the Company of Seahorses By Steve Trewhella & Julie Hatcher

For most of us, “cryptic” is a word we associate with crosswords, but for the ecologist it has the specific meaning of an animal that is difficult to detect or observe. 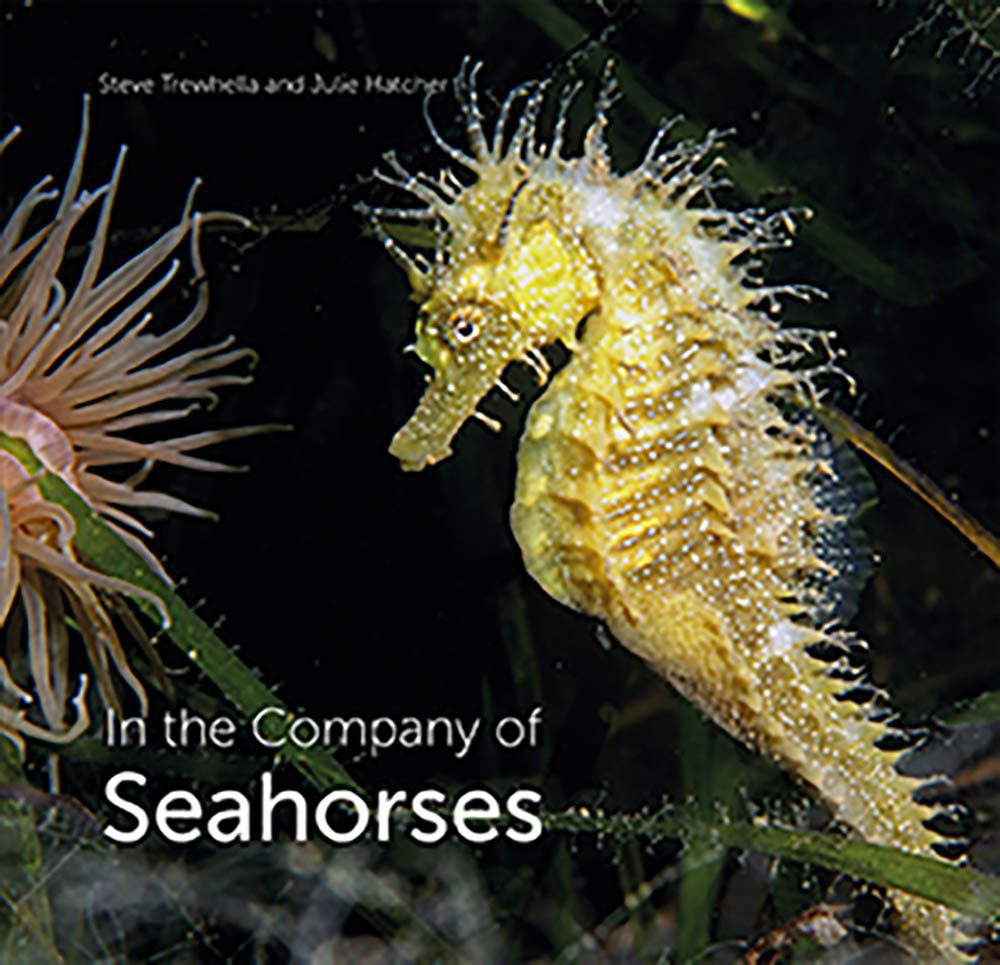 Cryptic seahorses and the other species with which they coexist in the UK are the subject of what is certainly our book of the month. It’s a coffee-table number designed to make us all marvel afresh at the wealth of marine life found in UK waters.

They peer out from inside shells, are caught in the instant before they retract into their tubes (worms), blend in with blades of grass (pipefish and gobies), conceal themselves in the sand (flatfishand rays) or rely on more proactive camouflage (cephalopods).

Fish present are often in tiny form, seagrass beds proving to be efficient nurseries with their plentiful food supply for small mouths.

Despite their reticence, the seagrass dwellers are brought out in all their often-colourful splendour through the very good photography that dominates this book.
Seahorse portraits pop up again every so often in the final two-thirds, lest we should forget about them. These are mainly the yellow spiny specimens as seen on the cover, however, and you can only really show them so many times at various angles or states of “pregnancy”.

Steve Trewhella, who photographed the first pregnant seahorse seen in the UK in the waters off Studland, has done a lot over the years to campaign for the protection of the creature’s favoured habitats against such threats as scallop-dredging and carelessly dragged anchors from boats. His photography transports us readily into this small, hidden world.

Trewhella’s wife Julie Hatcher is a marine biologist who works in UK conservation, and they live on Dorset’s Isle of Purbeck, well-placed to dip into the seagrass whenever they can. The words of the book (I’m not sure if they are Hatcher’s or a combined effort) are clear, concise and very informative.