Deep Thinkers: An Exploration of Intelligence in Whales

For anyone who has ever felt mildly nauseous when reading books by authors who find dolphin smiles and whale song endlessly spiritual, uplifting experiences, this more dispassionate offering might come as a tonic. 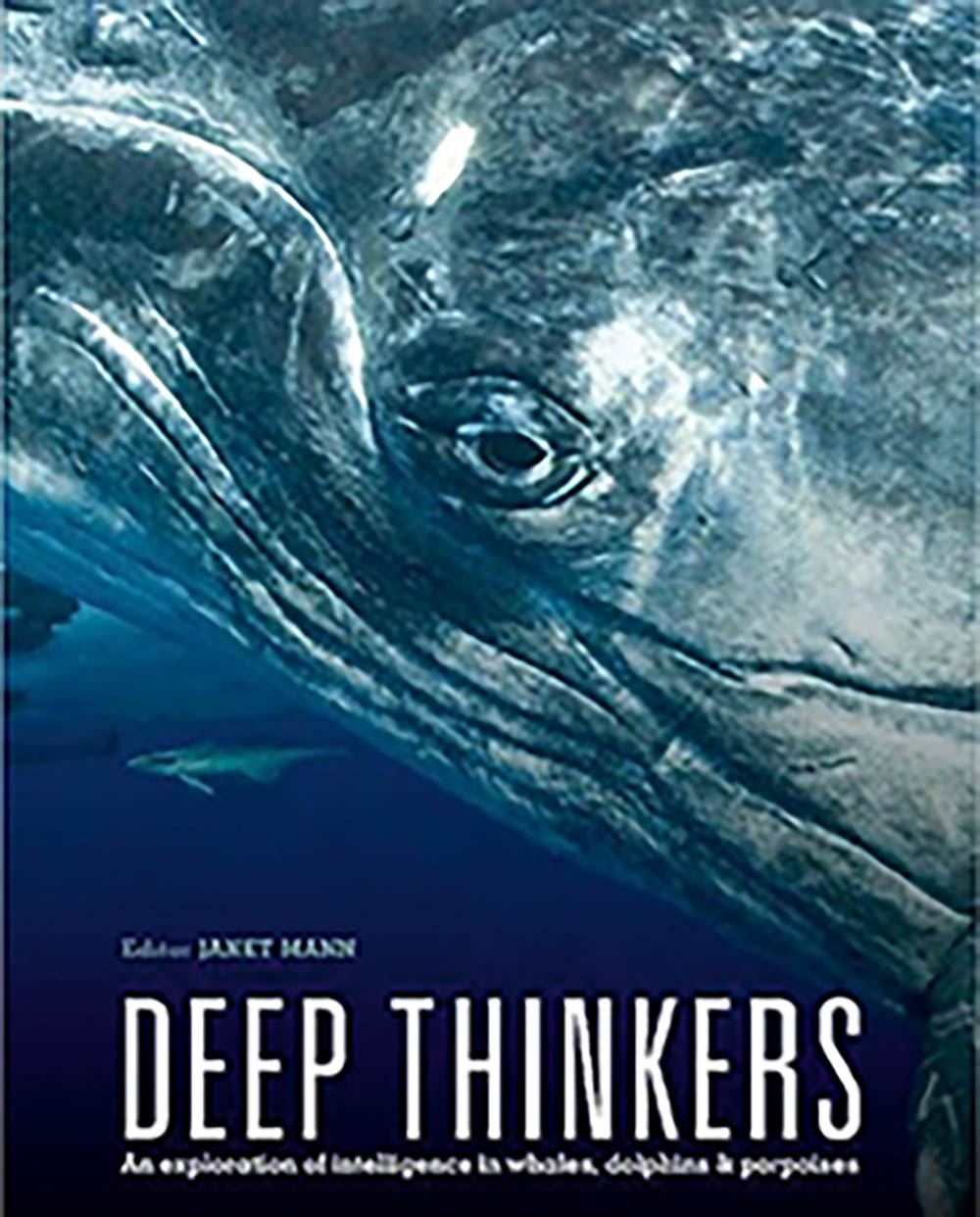 THERE ISN’T A TRACE of dippiness about this book – it’s written by scientists in a serious but accessible style. Janet Mann, a Georgetown professor of biology and psychology who has studied dolphin behaviour for 30 years, has pulled it all together into a coherent and fascinating read.

The authors of the eight main chapters go out of their way to avoid any trace of anthropomorphism and stress repeatedly that their task is to understand the world of cetaceans on its own terms, not to try to manipulate it into a more readily recognisable human shape.

Often the authors have to remind us of all the things we still don’t know, but those many remaining mysteries just serve to intrigue us. The varying accomplishments of cetaceans about which we do have an inkling provide more than enough food for thought.

Whale-song changes over time, affected by interaction with other communities – but always those coming from the west. Why? The individual whistle of a dolphin is the nearest thing in the animal kingdom to a human name. Killer whales of the North-west Pacific fall into four ecotypes that will each eat only minke whales, seals, penguins or fish. Why the specialisation?

Male sperm whales have learnt to dislodge fish safely from longlines by twanging them. Female “spongers” use sponges as a tool to help them to dig out seabed-dwellers, and pass on their behaviour to their daughters.

It’s interesting to see how quickly new behaviours seem to evolve in a rapidly changing world, and how well-equipped and prepared some of these cetaceans are to imitate and learn new strategies for survival.

Ten eminent researchers were involved in the writing, which falls under the broad categories of history, the cetacean brain, cognition, communication, social bonds, culture, tool use and conservation.

The chapter on the brain (sperm whales have the largest of any creature, weighing in at 8kg) seems to underline how little of this alien world we can grasp with our own mighty human brains (1.25kg). OK, so weight isn’t everything.

Ivy Press consistently publishes books likely to appeal to divers, and this one is no exception. It is beautifully produced and illustrated as we have come to expect.

However, I do still have a beef with the use of ultra-light sans type-setting. It might be on trend and serve to push out the graphics, but it also makes reading harder work than it needs to be, especially for a slow reader like me, with a load of review books to get through!