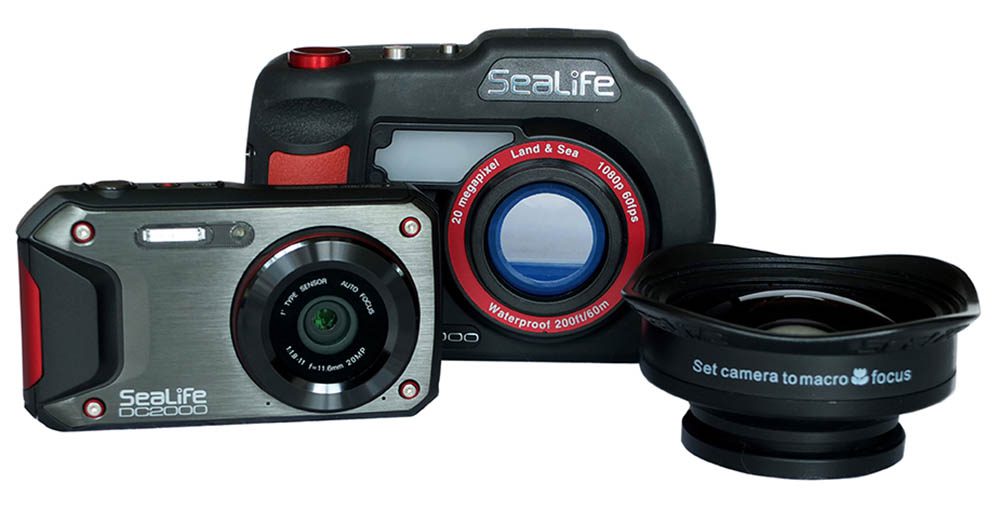 SEALIFE HAS BEEN MAKING underwater cameras for a while now, so it ought to know a thing or two about it, and the DC2000 is its most advanced model yet.

At the heart of the camera is the highly regarded Sony EXMOR backlit 1-inch 20-megapixel CMOS sensor, as used by Sony and Canon in a number of their enthusiast models. This sensor is a good bit bigger than those usually found in compact cameras, so photographs will look smoother and with more even tonal gradation.

Bigger sensors also allow for higher ISOs without as much image noise as smaller sensors, which will benefit your low-light shots. 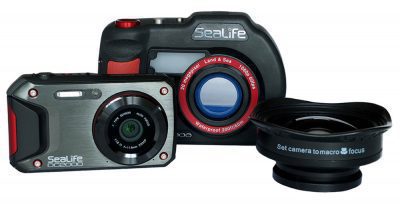 On the front of the camera is a lens with a maximum aperture of f1.8, which means that it allows a lot of light to pass through to the sensor. Even on a sunny day there’s much less light under water than topside, and the deeper you go the darker it gets, so the wide maximum aperture combined with the larger sensor should make available-light photography much more productive.

The lens has a focal length equivalent to 31mm on 35mm film, not much different from the 35mm standard lens Nikon chose for the Nikonos range and Sea&Sea for the Motormarine.

There’s no zoom, presumably to keep the camera size down, but it’s a reasonable choice for fish portraits and macro shots.

Don’t forget that effective focal length increases by a third under water, however, due to diffraction, so we’ll also need to talk about the Sealife wide-angle lens.

Photographic controls are comprehensive. You can let the camera control aperture, shutter-speed, ISO, flash and white balance, or you can set everything yourself. 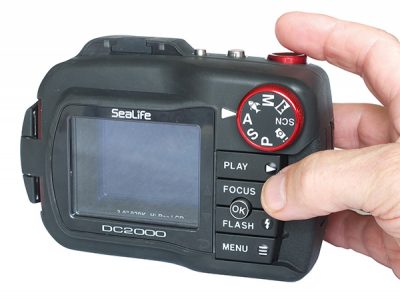 Above: The rear of the housing.

A half-press of the shutter-button sets focus and exposure, then a full press and the picture is saved as a Normal-, Fine- or Superfine-quality jpeg in one of four different aspect ratios – 3:2, 4:3, 16:9 or 1:1.

If you prefer, you can save RAW files, which allow for more image manipulation later and are especially useful for getting decent underwater colour, but are larger than jpegs and take up more space on the memory card. It’s the provision of a RAW file that allows this camera to appeal to enthusiast photographers.

The built-in flash isn’t hugely powerful, but it does the job and can be used to trigger an external flash.

If you’re into video, the DC2000 offers full HD, 1920 x 1080 at 60fps, or you can shoot at a number of lower resolutions more suitable for sharing on social media, if that’s what you want. There’s a dedicated video button, so the camera is always video-ready and the rear screen is big and easy to use for stills or video. 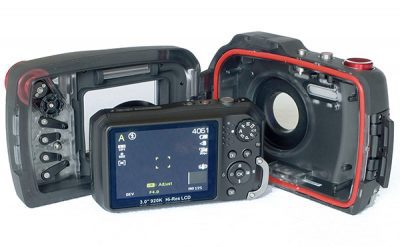 Pictures and video are saved to a micro-SD card, though you’ll need a decent card to shoot video. Use a slow card and the camera will refuse to record video until you put a faster one in, though at least it tells you it isn’t playing.

The battery provided plenty of life for a couple of hour-long dives, taking around three hours to fully charge using the USB charger supplied.

The camera itself is waterproof to 18m, but in the kit is a substantial 60m-rated housing that allows access to all the camera controls, but still isn’t huge.

I really like this combination of a waterproof camera in a proper housing. Sooner or later any housing will leak – it’s not if, it’s when –but if the inner camera itself is waterproof, the consequences aren’t likely to be costly.

Also in the kit is a lanyard and a nice case, plus an instruction book. 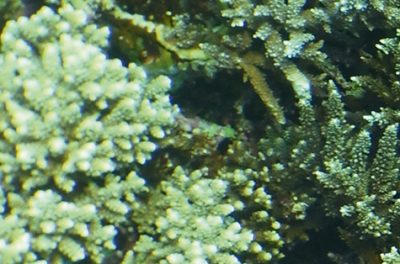 It reduces the effective focal length of the camera lens to around 24mm, which is wide, but nowhere near fisheye-wide.

Nevertheless, it’s pretty much essential for any serious underwater photography, where getting close to eliminate as much water as possible is the name of the game.

The lens is supplied with a nice neoprene cover for front and back, and a handy dock that fits to the bottom of your camera tray to hold the lens when it’s not in use.

The lens push-fits to the front of the housing and snaps on and off smartly, although the unique fitting means that the more common screw-on lenses or other bayonet-fitting lenses won’t work. The lens comes with an attached lanyard and clip that proved useful more than once when the lens became detached as I entered the water.

The housed camera handles beautifully. It’s a perfect size to hold without being over-large, the controls all fall easily to hand and the buttons are large enough to press even when wearing thick gloves.

As usual with digital cameras there are multiple options and adjustments available, so some time spent in a comfy chair playing with camera and housing in one hand and instruction book in t’other will make life under water more productive and less frustrating. Ultimately, every camera function is accessible in the housing.

One feature I really liked was the ability to set a custom function, accessed with a long press of the OK button. I chose to have this set colour balance, though you might prefer something else.

As you’d expect from a camera using the 1in Sony sensor, the pictures the Sealife produces are bright, punchy and well-exposed direct from the camera, needing minimal tweaking in post-processing software to make them pop.

The pre-set colour-balance options worked well, but I found the manual option to be better, and with the custom function set to colour balance, that’s a one-button operation. I was able to get good colour down to 20m-plus in the Red Sea, and even managed to get some colour at 40m, which is remarkable.

Camera-lens sharpness was good across the frame, but adding the wide-conversion lens made the edges and corners soft, with some colour fringing in the corners, effects especially noticeable above water.

Which brings me to the major issue I have with this camera.

In low-contrast situations, it struggles to focus. You press the button and hear the mechanism whirring back and forth and see the picture on the screen come in and out of focus, and then it gives up and delivers a blur. 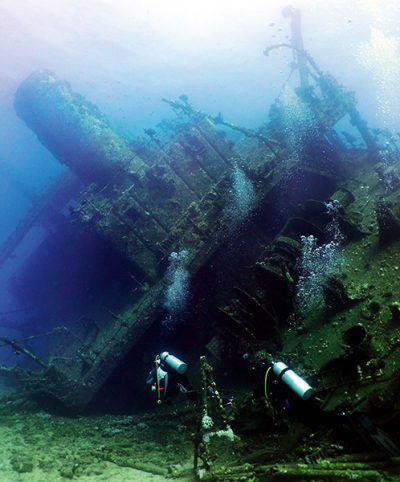 The only solution I found was to focus on something else with a half-press of the shutter   button, then re-compose.

It’s not much of an issue when shooting stills, except that locking focus also locks exposure, so you might also need to go to manual-exposure mode. However, it makes shooting video a bit hit-and-miss.

When you press the dedicated video button there’s a second or two’s delay before the camera starts to record. It uses whatever white-balance settings you have selected, but it e-focuses, and the only way to check if the footage is in focus is to check the rear screen.

There were times when I had to try three or four times to get a video-clip in focus, and times when it simply wouldn’t achieve focus at all. Very frustrating, especially when it delivers such nice clean footage when it does work. I even tried setting the focus mode to infinity focus, but with no success when using the conversion lens.

The images the DC2000 produces have a really nice look to them, even if they are soft at the edges. The monochrome conversions are good, and I adored the peach-pie-perfect housing.

But with that focusing issue niggling around in the back of my mind, if I really had to get the shot I’d take a different camera.