A Book That Knows It’s A Film 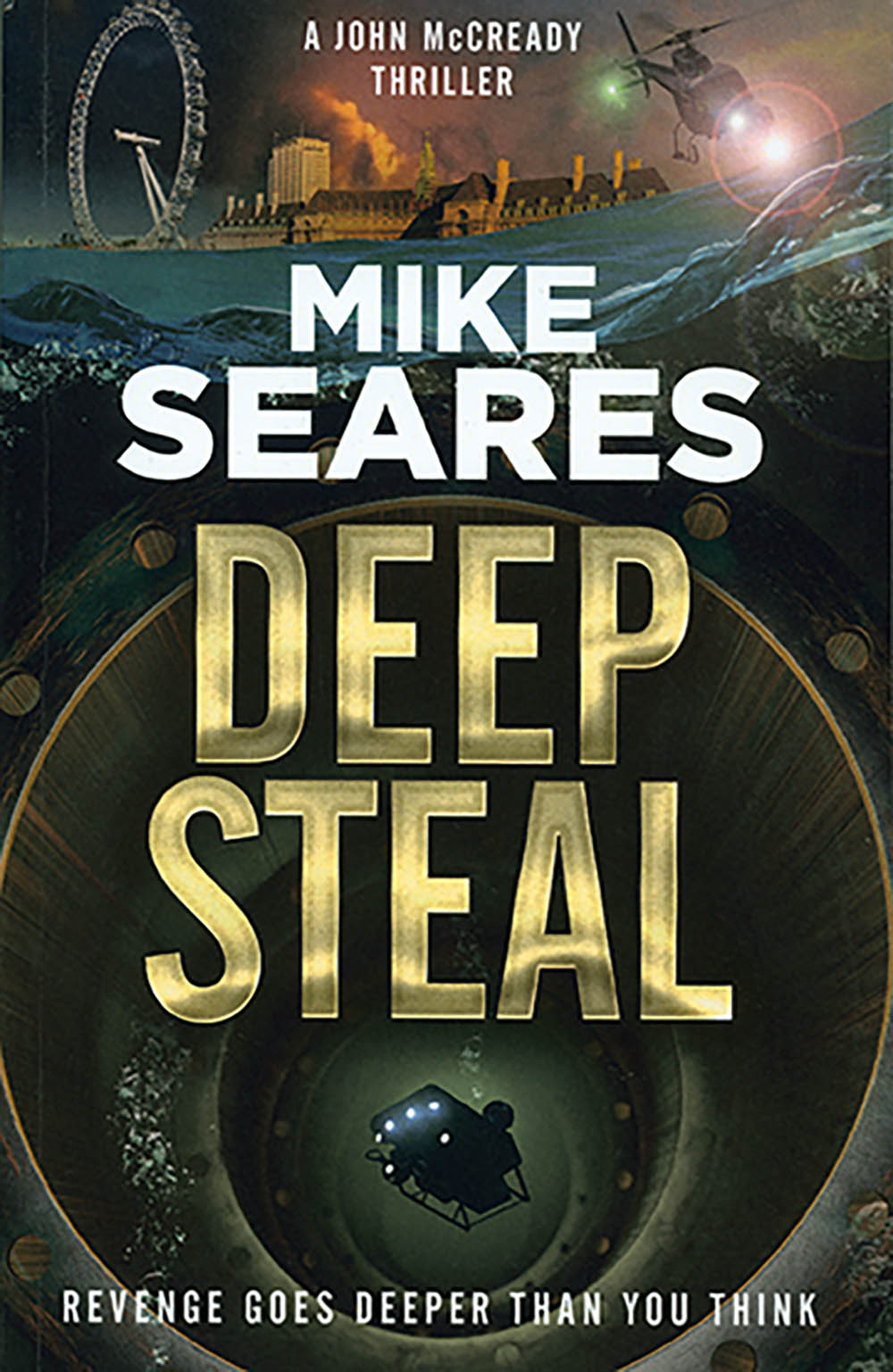 I mean thrillers that succeed in thrilling.

Mike Seares has been around in the diving community for a long time. He has run a dive-school and worked extensively in film and TV, from safety-diving and underwater sequence co-ordination to camerawork, writing and directing documentaries and various video projects.

He also incidentally once wrote a very good short guide to underwater video-making for DIVER called Ready, Mr De Mille, which can be found on  DIVERNET.

The plot of his first novel Deep Steal is wildly implausible, and

I italicise the word to emphasise just how wildly it deviates from life as we know it.

Much as it might look like one, that’s not meant as a criticism. Rather, I recognise the book’s implausibility as a shout-out to Hollywood studios to “come and get me!”

After all, when did you last see a movie thriller that wasn’t deeply implausible? This might be Seares’ first novel but he has written a series of screenplays and has a film-maker’s mind – it’s clear that Deep Steal was written with “screenplay” at the back of that mind.

And implausible as it might be – and I won’t spoil it even by outlining the plot – it’s an exciting and well-written heist-tale that kept me turning its 400-plus pages quite happily over the course of a day,

and thinking about what a money-spinning caper-movie it could make.

It has an arch-baddie who will stoop to any level of villainy (he is CEO of a deep-sea salvage company, after all); an uncomplicated hero (“this is a John McCready novel”, it says on the cover – there are no others yet but I’m sure there will be); a tough yet vulnerable female scuba-diver who is also an expert on water-delivery systems; and a support crew who are either immoral, comical or a bit of both. And while the book may be full of holes, many of these are pipelines and are meant to be there.

Be warned: there is precious little scuba-diving in this book. We’re in the realms of saturation-diving bells and manned submersibles here. Who knows, perhaps the next McCready novel will satisfy that need.