Tiger sharks are at their most active and abundant in coastal waters of around 22 degrees C, according to a new study by an international research team. 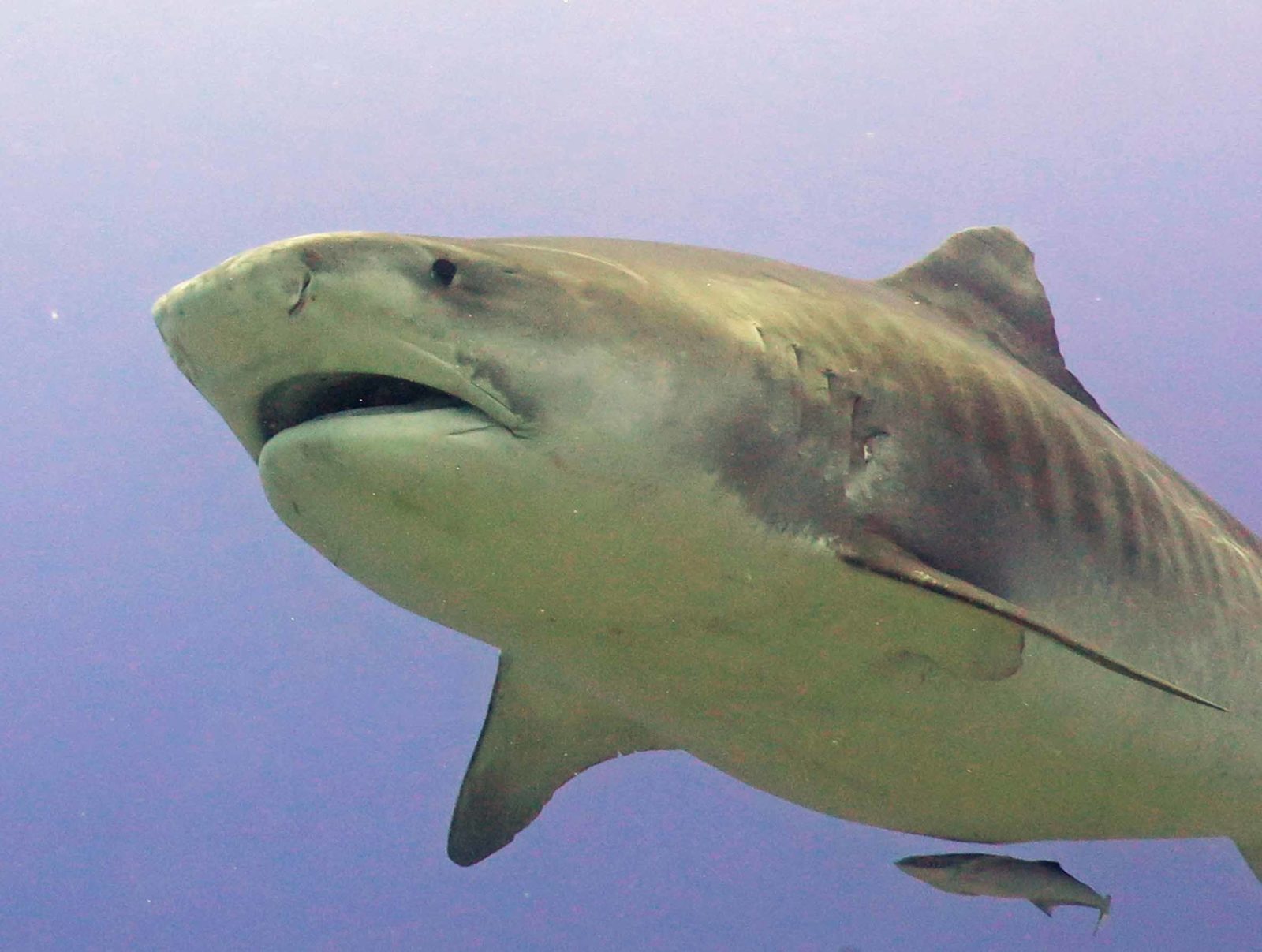 The scientists hoped that by understanding how temperature influenced both the distribution patterns and physiological performance of tiger sharks they would have a means of predicting their appearances.

While this could assist in protecting swimmers, it could also help to protect the sharks themselves from lethal defensive measures. A side-benefit could be helping scuba-divers to locate a species that for many is a popular attraction.

For the study, led by Dr Nick Payne of Queen’s University Belfast and the University of Roehampton, researchers tagged tiger sharks off Hawaii with accelerometers. The instruments measured dynamic body activity as the sharks swam freely in their environment, and determined how their swimming performance varied with water temperature.

These findings, combined with analysis of decades of records of catch-rates off Australia’s east coast, revealed the tiger shark’s “thermal niche”.

A “Goldilocks” temperature of 22°C appeared to suit the species best – not too hot and not too cold – and provided a means of predicting the location and timing of their appearances.

In Australia tiger sharks are caught off New South Wales beaches mainly in the warmest months, but the data suggested that similar abundances could occur at any time of year if, as seems possible, annual sea-surface temperatures increase by a further 1-2°C.

“How we manage risks associated with potentially dangerous shark species is a difficult issue for authorities,” said Dr Payne.

“Building our understanding of the biology and ecology of dangerous species might enable us to develop shark-management strategies that don’t rely solely on killing sharks.

“In parts of northern Australia, we close beaches and use public-awareness campaigns to minimise injury caused by marine stingers. This management strategy is based on our knowledge that dangerous jellyfish only appear on those beaches under certain weather conditions, including when the water is warm.”

Applying such seasonal warnings to tiger sharks could help in managing and protecting the species, suggested Dr Payne.

The study is published in the journal Global Change Biology.