The wreck of a 169-year-old two-masted schooner called the Lizzie Throop has been found and dived at a depth of 85m in Lake Michigan by the Michigan Shipwreck Research Association (MSRA). 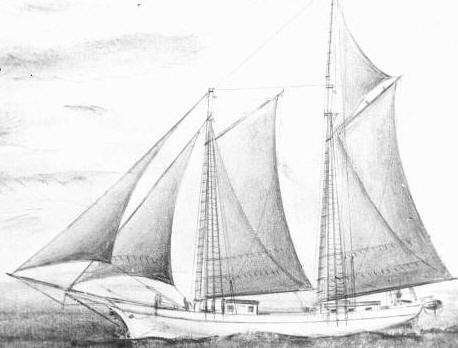 Ten shipwrecks have now been discovered in the lake by the MSRA during its 15-year search, in partnership with author Clive Cussler’s National Underwater Marine Agency, for a Northwest Airlines plane that crashed in 1950 with the deaths of 58 passengers and crew.

The 26m Lizzie Throop immediately stood out from the other wrecks discovered by chance as being particularly old, said the association.

Built in 1849, only 12 years after Michigan became the 26th of the United States, the ageing cargo vessel was carrying timber from Muskegon to Chicago on 16 October, 1873, when it was caught in an overnight squall.

It started taking on water and rolled over. The captain, cook and another man drowned, but two of the crew made it ashore.

The wreck lies 15 miles out from the city of South Haven.

Its image was captured on side-scan sonar and it was then dived by the MSRA’s technical-dive team.

The vessel’s hull had sunk while the deck and masts had separated from it and floated ashore, enabling the two survivors to reach land.