Freediving clubs and groups are increasingly at risk of being barred from using public pools in which to practise in the UK – because of heightened fears that black-outs and “sambas” are commonplace in the sport. 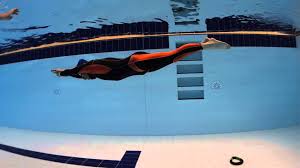 So says Marcus Greatwood, who runs the NoTanx Freedive organisation, which has six branches in the UK and claims 18 years of experience in teaching apnea or breath-hold activities with an emphasis on personal awareness.

“NoTanx takes an alternative view on competition dives – we approach it as a performance, demonstrating skills developed though hours of training rather than an opportunity to do a personal best or longest dive.

“This allows us to bring form, technique and awareness into the scoring of freediving competitions,” says Greatwood.

“Not only does this improve safety by massively reducing the occurrences of the black-outs commonly associated with freediving, but it also encourages conversation between the competitors, and a friendly environment.”

NoTanx organises an annual pool “birthday competition” open to any qualified freediver, and the most recent at Surrey Sports Park near Guildford on 17/18 March included a £1200 yacht trip prize for the “diver of the day”, based on voting among the competitors.

“The benefits of our approach were demonstrated by the fact that with more than 70 performances in the competition, there was only one slight samba [twitching caused by hypoxia] – caused by lack of awareness before and during the dive and considered very bad form,” says Greatwood.

He is urging other groups to adopt a similar approach to prevent freedivers from being barred by pools concerned about health & safety risks.