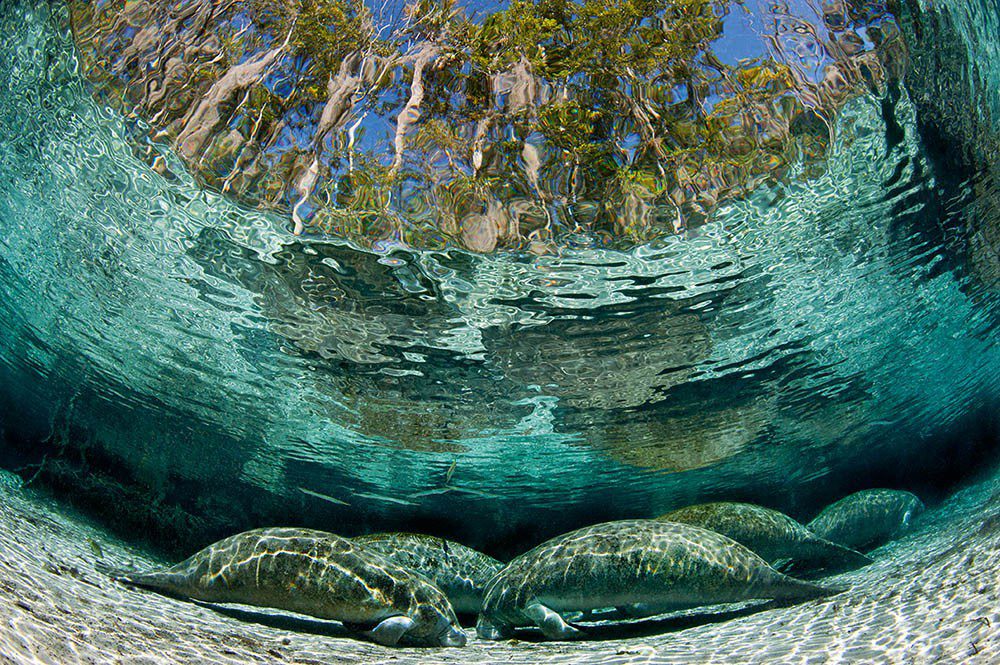 LAST MONTH’S COLUMN covered photographing manatees while under the US Fish And Wildlife Service’s regulations. As explained, the rules are mostly common sense put into black and white. But because they are energetically enforced, it’s important to follow them for a pleasant and productive experience, for the sea cows and us.

A topic I skipped last month was the use of strobes, partly because this is where things get more complicated. Video lights are banned at all times, while strobes are allowed sometimes.

Flash is not allowed at the start and end of the day. Nor is it allowed near sleeping or resting manatees. Because manatees can move while resting, there is room for confusion. Furthermore, you are allowed to fire a strobe only once every 5 seconds, and again counting can cause debate.

Most photographers now choose to take their strobes off their housings. Mostly this is because the springs are shallow and carpeted with white sand, so there isn’t a great need for strobes for most shots.

But, handily, this also avoids any disagreements with officials or self-appointed enforcers of the rules! It makes for a more peaceful experience for all.

One change this has meant is that photographers often favour the afternoons, rather than the early mornings. Early mornings remain the time when there are the most manatees in the springs, but the afternoons have much better light in Three Sisters spring.

Remember to shoot with the light for the best colour and detail in your subject.