Marine Biology for the Non-Biologist by Andrew Caine 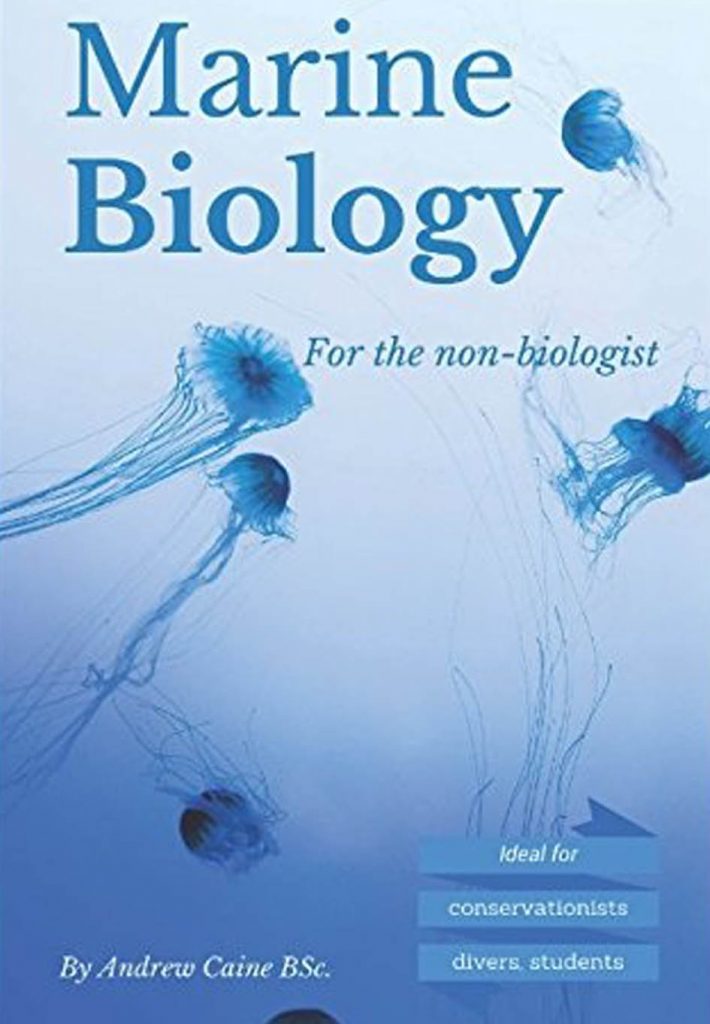 HAD THIS SLIM VOLUME turned up for review any other month it might have received a warmer reception, but this is another book about marine biology that contains no photos – not even line drawings – and unfortunately it’s up against Eye of the Shoal. Where that book is devoted to fish, this one, despite the apparently all-embracing title, barely mentions them.

Described on the cover as “ideal for conservationists, divers, students” and first published on Kindle in 2015 and in paperback last year, Marine Biology for the Non-Biologist has only just been brought to our attention by the author, who sent the digital version for review.

Tropical marine biologist Andrew Caine’s powers of description and simplified but uncondescending style make his book easy enough to read, but without the creative flair of Eye of the Shoal the lack of illustration does make it seem like a little like bread without butter.

But it was the choice of chapter headings that struck me as peculiar for what I had expected to be a marine-biology pop primer (though as a non-biologist, what do I know?).

OK, we cover the basics about cnidarians, molluscs, crustaceans and echinoderms for the first half of the book, so no fish or mammals, and then veer sharply away into coral-reef architecture.

Before we know it we’re off on a 20-page excursion into toxins and venoms which, in its apparent relish at the symptoms of affected humans, struck me as faintly ghoulish. Still, if it helps to stop divers touching things.

After that we venture into the largely unseen depths to study the life around hydrothermal vents, and finish with polar biology, where some fish (and indeed birds) do get a mention.

It might be selective but any book of this sort is bound to fill gaps in the knowledge of us civilian divers. “It has been calculated that species on the world reefs should number 423,000, of which less than 10% have been named, and the majority of these have never been studied,” says Caine. “The only intensive study around reefs is for bio-research, which involves taking animals and mashing them up, as many produce chemicals that have the potential to cure cancer and other diseases.”

I learnt that if lobsters’ cannibalistic young are not separated you end up with one big lobster; that barnacles have a fascinating sex life (though pity the females); the gruesome fall-out from divers moved to interfere with sea cucumbers; why coral reefs should be renamed algal reefs; and read a story about red tides the author thought so good he included it twice.

I also now understand that our concerns about crown-of-thorns starfish depredation seem misplaced: “Soon new colonies will grow on the dead skeletons, and the reef will recover. One species of coral is always left untouched: within its structure lives a small shrimp. As the starfish settles on the coral, the shrimp eats the tube feet and the starfish soon moves on.”

Is that controversial? I’ll have to ask another marine biologist.