Let’s be honest, finding a mid-19th century wreck complete with a trove of artefacts is most divers’ dream. For STEFAN PANIS it was reality 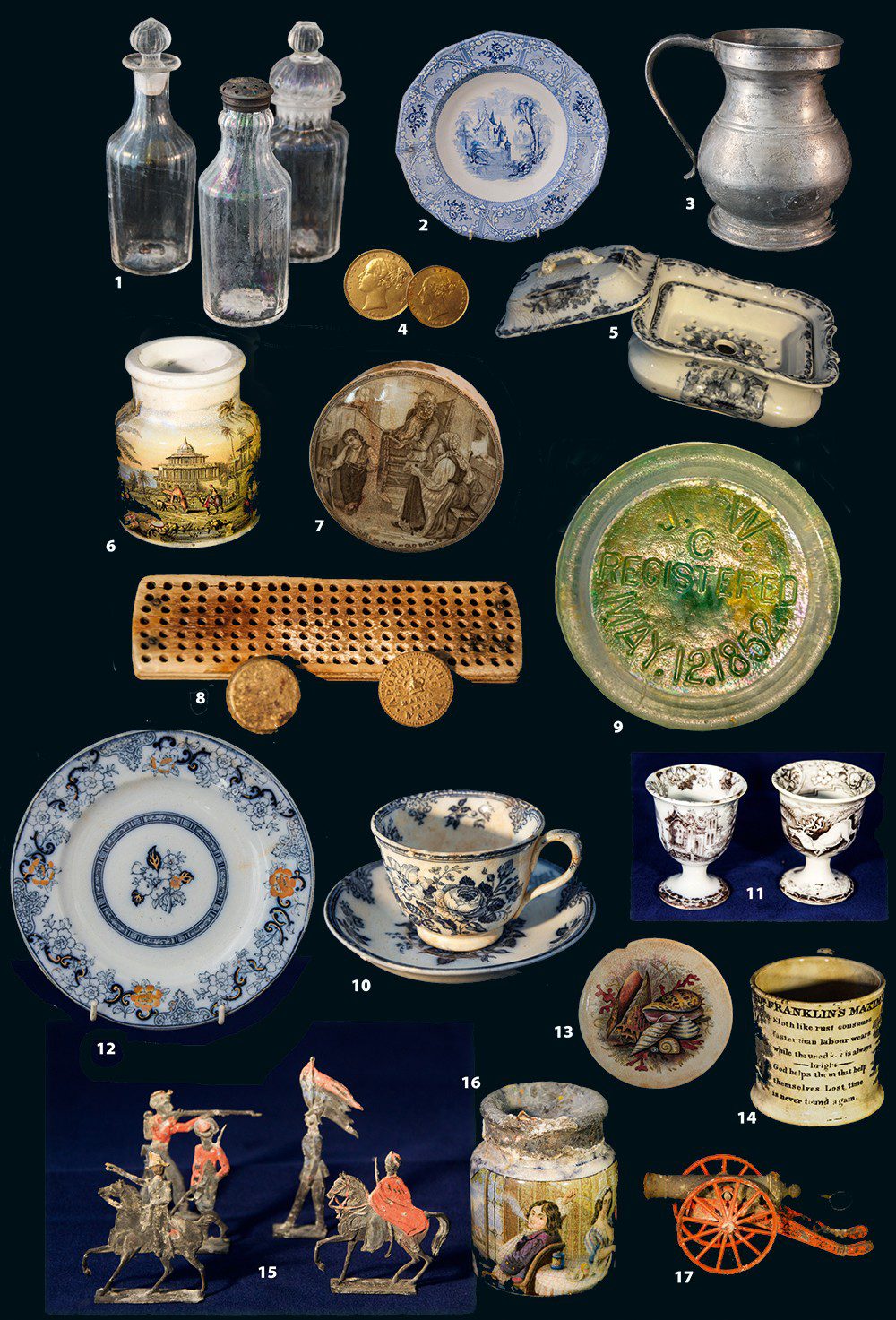 BACK IN 2012, I was researching a wreck that had sunk in the Dover Straits. When I typed in the name of the ship on Facebook, I came across a whole page dedicated to it.

There was a contact for a man named Eddie Huzzey, and just one week later I found myself diving some amazing sites with him.

Every summer since then I have been invited to participate in his group’s wreck-search expeditions, the objective being to find, identify and document new wreck-sites in the straits.

The Dover Straits is one of the busiest shipping lanes in the world. In 1972 a two-lane system was introduced to avoid collisions, but if we study the charts of the western section there are hundreds of wreck symbols. One, however, is missing.

Tony Goodfellow, one of the group, had carefully studied the charts over the winter and had come up with a complete list with snags and foul-ground marks that we could investigate.

We set up an expedition using David Knight’s boat the Trya, which is convenient for diving operations, equipped as it is with side-scan sonar, magnetometer and a comfortable hydraulic lift.

On our first day out we were lucky enough to have flat-calm seas, which helped a lot while running lanes to search an area with the side-scan.

All electronics were on in the wheelhouse, and we stared intently at the screens while hovering over our “target”.

Nothing happened – until Tony noticed something on the bottom-sounder that could well be man-made.

With slack tide coming in it was pointless to search any longer, so we decided to hook the target and go dive it.

David was the first to dive, and when he came back up after five minutes, we were curious to see what it was he was holding. It turned out to be a large, mint-condition willow-pattern plate!

I knew that this must be an old shipwreck, and it felt like ages until I got the signal to go, and was dropped near the shotline. My first sighting as I arrived at the bottom of the shot confirmed that suspicion – it was a cannon!

On all the many wreck-dives I have done over the years, I had never seen anything like this – a virgin wooden shipwreck, which appeared to have emerged recently from a sand-dune.

I CLIPPED MY REEL to the cannon and veered off. I found myself in a cargo hold – everywhere I looked, I saw wooden boxes and barrels, with the contents spilling out.

I saw wine and beautiful gin bottles, still corked. Near a wooden beam lay rows of decorated chamber-pots and, taking a closer look at them, I was amazed to find egg-cups inside, also decorated.

I ran my reel across the site and discovered more of the ship’s cargo. There was a huge amount of crockery, including plates and cups in different shapes and sizes, all beautifully decorated, and many of the items bearing the maker’s stamp,

When I arrived at the other end of the site I noticed the remains of the rudder, and a little further on I discovered a brass pintle in the sand, clearly making this the stern end of the wreck. Three more cannon lay very close by.

Suddenly Eddie signalled to me. He had found a brass crib for a baby – a unique discovery. We took some photographs and then, even more amazingly, Eddie discovered inside the crib pewter toy soldiers and cannon.

I made my way towards what had to be the bow section and came across an area in which some of the crew’s cabins must have been.

There I discovered a brass candle-holder – on later dives, two gold coins would be found in exactly the same place. 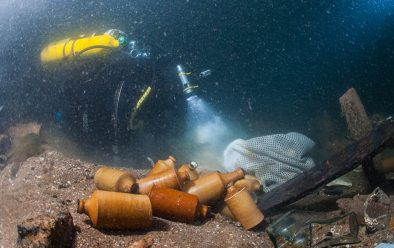 My camera was almost exploding, as I took as many shots as possible.

Way too soon it was time to surface and start my decompression, still reeling from what we had discovered.

Eddie had also found a glass jar on his dive, and the lid was engraved: “J.W. Registered 12 MAY 1852”. Tony, our historian, immediately recognised the abbreviations as standing for Josephine Willis, a wreck for which he had been searching for more than 20 years.

It turned out that the brother of the ship’s owner had a glass factory, and had made the vessel’s glassware there.

On later dives more artefacts were raised that confirmed the identity of the ship. All these items were preserved, and reported to the Receiver of Wreck.

IN THE 1850s British emigration to the new colony in New Zealand was being promoted by the Willis Line in newspapers, and in 1855 it added the new 1000-ton ship Josephine Willis to its fleet, to run between London and Auckland under the command of a Captain Canney.

On Sunday, 3 February, 1856, she left St Katharine Docks in London with 70 passengers, 35 crew and, according to what we found in the archives, a “valuable cargo”. She was towed through the Thames and into the Channel, where the tug left her to start her 100-day voyage.

Unfortunately the Josephine Willis didn’t get far. She was rammed in the middle of the night by the iron steamer Mangerton, and capsized. Most of the passengers were asleep, with others lying seasick in their beds, so they were caught by surprise.

An attempt was made to signal to surrounding ships with blue flare, but they didn’t understand their significance. The consequence was that 70 people drowned that night. 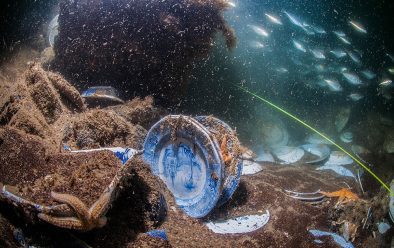 Starfish amongst crockery on the seabed.

While researching in the archives, Tony found that shortly after the sinking, helmet divers had been sent to the wreck-site to inspect the ship and see if it would be possible to refloat it. They concluded that it was too badly damaged, so it had to be left on the seabed – until we dived the site 156 years later.

The team has made great efforts to pay proper respect to the ship and its cargo. They contacted Frank Davenport, an American specialist in old ceramics, who wrote an article about the cargo.

They also contacted museums in Dover, the Potteries and Doncaster and donated artefacts that are now on display, to be enjoyed by visitors.