Mayor of Cambridge dies after dive

Mayor of Cambridge dies after dive 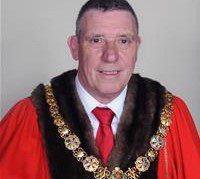 A British scuba diver who died following a heart attack on Friday, 11 January, at Umkomaas in South Africa has been identified as Nigel Gawthrope, the Mayor of Cambridge.

The fatal incident occurred at around mid-day at the popular diving location on the KwaZulu-Natal south coast, shortly after Cllr Gawthrope had surfaced from a boat-dive.

Fellow divers carried out CPR as the boat brought the 61-year-old diver back to shore. Paramedics continued resuscitation attempts, but he was eventually declared dead at the scene.

Cllr Gawthrope, who was reported to have been a keen underwater photographer, had been on holiday with his wife in Durban.

He had been Mayor of Cambridge for eight months, having been elected as Labour councillor in King’s Hedges, the ward in which he had grown up, in 2012, and re-elected four years later.

Cambridge City Council said in a statement: “The council’s thoughts are with his wife Jenny, the Mayoress, who was with him, and with his family and friends and close council colleagues as they come to terms with this devastating loss.”

The exact cause of death has yet to be confirmed, and an investigation is being carried out.