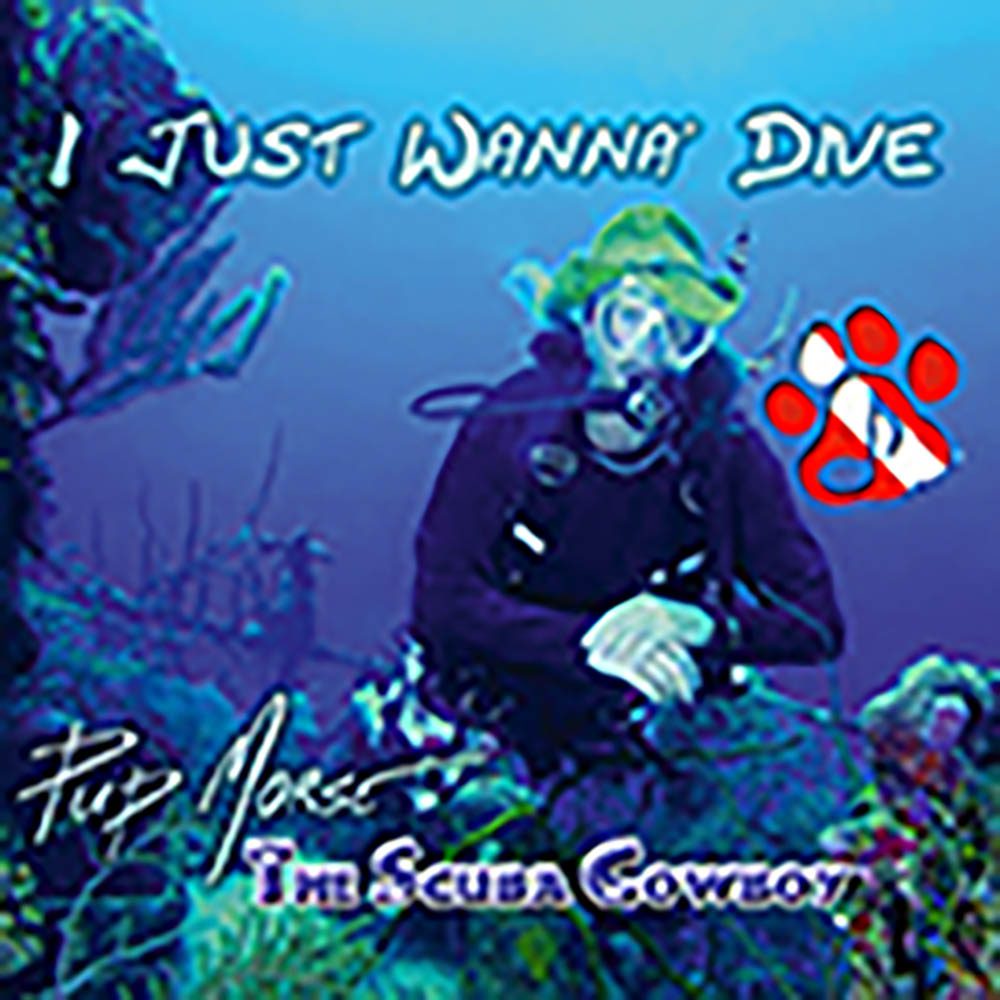 EVER FEEL YOU NEED a soundtrack for your diving excursions as you motor to the coast? Something light to hum along with?

Unlike activities such as surfing, which got in early with the Beach Boys and all their copyists, there is precious little choice if you want music that’s specific to diving.

Pup Morse from Colorado bills himself as the Scuba Cowboy and is as passionate about the sport as he is about preserving the environment, though without getting overly dewy-eyed about it.

He’s no Beach Boys equivalent and wouldn’t claim to be, but he travels the world (although mainly the Caribbean), playing his songs at diving events wherever and whenever he gets the chance. Every now and then, he puts an album together.

His guitar-playing is accomplished, his voice pleasant, and while his humorous, gently rocking songs won’t set the world alight, they make for easy listening and might just get under your skin.

Compositions like the title track of this, his most recent offering, provide as near to a diving anthem as we seem likely to get for now (please let us know if you believe otherwise).

Others such as Mad Rush to the Rinse Tank, Shark Angel and Livin’ Large on a Liveaboard give a pretty clear idea of the dive-obsessed content.

Sometimes the lyrics can jar as a little clumsy or sophomoric, but on the whole they’re thoughtfully amiable.

There is a style of American music known as “margaritaville” beloved of tropical cruise-ship passengers, and while this hovers in the vicinity it seems to avoid being branded by that genre and goes its own sweet way.

Give it a try to get in the mood on your next trip.