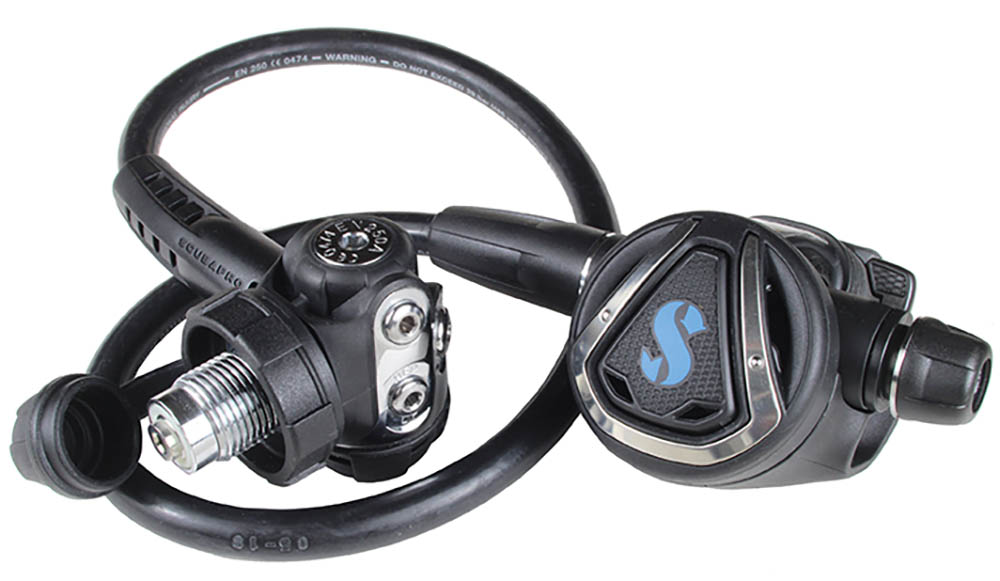 My favourite Red Sea wreck is the Rosalie Moller. It lies intact and upright in 46-48m of water behind the Gubal Islands, and is a highlight of any wreck safari.

Swim off the bow, and you can follow its starboard anchor-chain down to the seabed, then out and away forward of the wreck until it dives below the sand and is lost.

Loop a line through the chain and head out at half-past one, two o’clock-ish, and after 20m or so you reach the anchor. It’s surprisingly small and a bit of an anti-climax, but thinking about that dive has made me realise just how tough it is for regulator-makers these days.

I was using the Scubapro Mk11 first stage with C370 balanced-diaphragm second stage combination. Scubapro describes it as perfect for recreational divers in general and an ideal travelling companion, and it sells it for the diving-equipment equivalent of peanuts.

Yet there I was, down at 50m where the air is thick and gloopy, and I needed huge amounts of it to fill my lungs on every breath – and the set was coping perfectly adequately. Not surprising really, when you look at the flow-rates Scubapro claims the set can achieve. 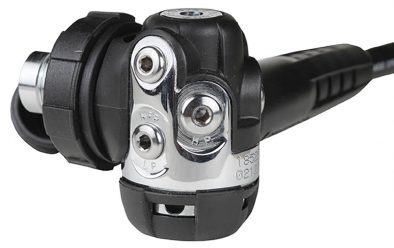 The Mk11 first stage is available in DIN or A-clamp fittings and is a very compact unit, and lightweight too. There is one high-pressure and two low-pressure ports on each side of the barrel, with the hp ports in the centre of a shallow triangle and the lp ports above and below.

The hp ports are angled forwards, the lp ports very slightly backwards. The pair of lp ports nearest the bottom of the first stage is marked HFP/LP, Scubapro speak for High-Flow Port/Low Pressure, and these are the ports that the manufacturer says are optimised for flow-rate, and where you should connect the hoses for your second stages.

All in all, the Mk11 is a very nicely made first stage, with enough ports for most divers. Oddly, however, the high-flow ports are placed below the ordinary lp ports, so your suit and BC hoses will cross the breathing hoses when rigged.

I would also have preferred the lp ports to be angled more forwards. I acknowledge that the small size limits the options and the result achieved does work, but I would be tempted to mount the Mk11 upside-down to get better routeing.

And while the Mk11 is marked with the EN250 coldwater use certification, it doesn’t boast the all-singing, all-dancing sealing and coatings of more expensive Scubapro regs. So if you’re a regular coldwater diver you might prefer to look further up the Scubapro range when you purchase. 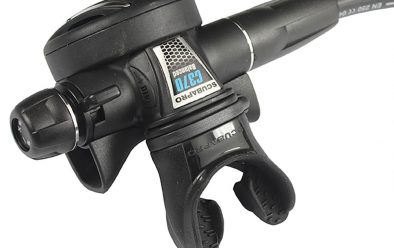 The C370 second stage really looks the business. It’s modern, flash and quite distinctive, with a big chrome triangle almost surrounding a blue S, the Scubapro logo, on the front of the regulator body.

The result wouldn’t look out of place on the chest of a Marvel superhero, and the build quality suggests that when the final fight-scene is over, the C370 would still be standing.

And there is no shortage of features. On the left of the C370 you’ll find a venturi adjustment lever and a breathing-resistance control knob.

The venturi lever offers two positions, pre-dive and dive, and is effective in preventing free-flows on entry when the reg isn’t in your mouth. Try dunking your own reg in the water, mouthpiece uppermost, and see what I mean.

The breathing-resistance control knob is marked + <—> – and turns through three full revolutions to get from one extreme to the other, so there is plenty of adjustability for fine-tuning to your personal preference.

I, for example, prefer my regs set to deliver the maximum volume of gas they can, on the grounds that there’s no point in spending hard-earned brass on a reg that flows loads of gas, and then turning it down.

I’m prepared to live with the consequences of that decision, but the C370 turned out to be a very civilised performer, cracking open smoothly and delivering plenty of volume, but without the larynx-freezing blast that some regs can deliver.

And when I dialled the flow down as far as it went, at which point I felt as if I was taking part in an experiment to simulate an asthma attack, it still operated smoothly.

Some divers prefer a reg they need to work at to crack open, and the C370 should keep them as happy as I was. I even tried coupling the second stage to an ordinary, non-HFP/LP port, and was still happy with the performance.

I will mention, however, that with the venturi set to dive and breathing-resistance set as low as possible, it’s easy to catch the purge and make the C370 freeflow even in warm, dry air.

The purge, by the by, is the S on the front face of the second stage. It’s easy and progressive to operate, bare-handed or with gloves.

The exhaust T is quite narrow, but in good trim I didn’t find the bubbles of exhaled gas

any sort of distraction. I did, however, find the mouthpiece a bit soft, though it was easy to hold in place and I didn’t notice any jaw-ache on long dives or doing four dives per day.

Head up, head down, inverted or in good trim the Mk11 and C370 worked very well, and passed my forget-about-the-kit-and-go-diving test within seconds.

It was even sexy enough to strut my stuff around the deck of the boat with absolute confidence that nobody who didn’t know would guess this is an entry-level combination.

Coldwater credentials notwithstanding, the Mk11/C370 worked perfectly well in water at 4°, confirming to me that this is a good buy, and might well be as much as you’ll ever need.