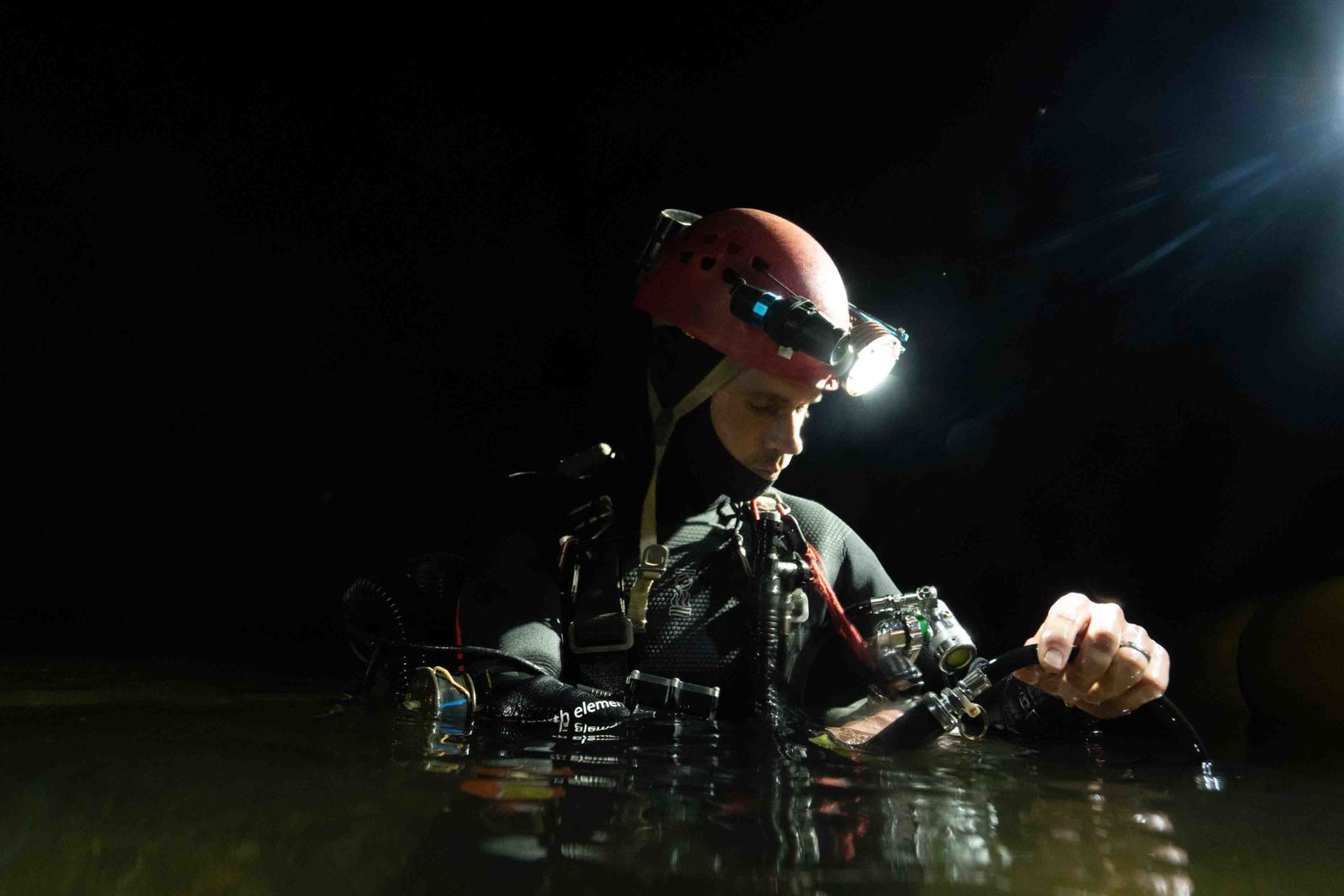 The world’s biggest cave, the spectacular Hang Son Doong in Vietnam, is even bigger than previously thought – and the discovery has been made by celebrated British divers Jason Mallinson, Rick Stanton and Chris Jewell.

Oxalis Adventure Tours, the only company licensed to bring visitors into the system, invited the three divers to check out the terminal sump of remote Son Doong in gratitude for their Tham Luang cave-rescue feats last summer.

Their discovery of a new underwater tunnel connecting Son Doong with another major cave, Hang Thung, adds another 1.6 million cu m to the system’s already vast volume of 38.5 million cu m – a 4% increase. Previous dye–testing had indicated a connection between the two caves, but it had not been possible to explore it before.

Because most of the previously known submerged tunnels had been relatively shallow the divers were breathing air, which meant that they had to turn round after reaching a maximum depth of 77m. From that point they plumbed the depth below, concluding that the tunnel could reach as deep as 120m and continue for another 1km.

Jewell initially dived the terminal sump to 60m, with the other two men searching for the way forward the following day, which was when Mallinson reached 77m. Jewell then searched off the line laid by Mallinson and found the roof of the new tunnel at a depth of 61m, though poor visibility made it impossible to determine its size.

The maximum depth attained makes Son Doong Vietnam’s deepest cave dive and extends its length by 60m. The divers had to work in what were described as challenging conditions, and some of the dives required nearly two hours of decompression stops.

The team now plan to return next April, when water levels will be relatively low and visibility at its best – at up to 2m.

The remote Son Doong, which is Vietnamese for “Mountain River Cave”, lies in Phong Nha-Ke Bang National Park in central Vietnam. Formed over three million years as the Rao Thuong river carved out a limestone tunnel beneath the Annamite mountain range, it was discovered by a hunter in 1990 – though he was unable to relocate the entrance until almost 20 years later.

Howard and Deb Limbert, the Oxalis technical directors who organised the recent diving expedition, led the British Cave Research Association (BCRA) team that first explored the 5km-long cave in 2009. Inside they found stalagmites up to 80m high, sections reaching up to 200m tall and 150m wide, a passage full of 400-million-year-old fossils, micro-climates and even jungle vegetation where dolines, or ceiling collapses, had occurred.

They were able to claim it as the world’s biggest cave following a breakthrough in 2010, estimating that a whole city block of 40-storey skyscrapers could fit inside it. Adventure tours led by BCRA-trained guides began three years later.