How tiger sharks prey on songbirds

How tiger sharks prey on songbirds 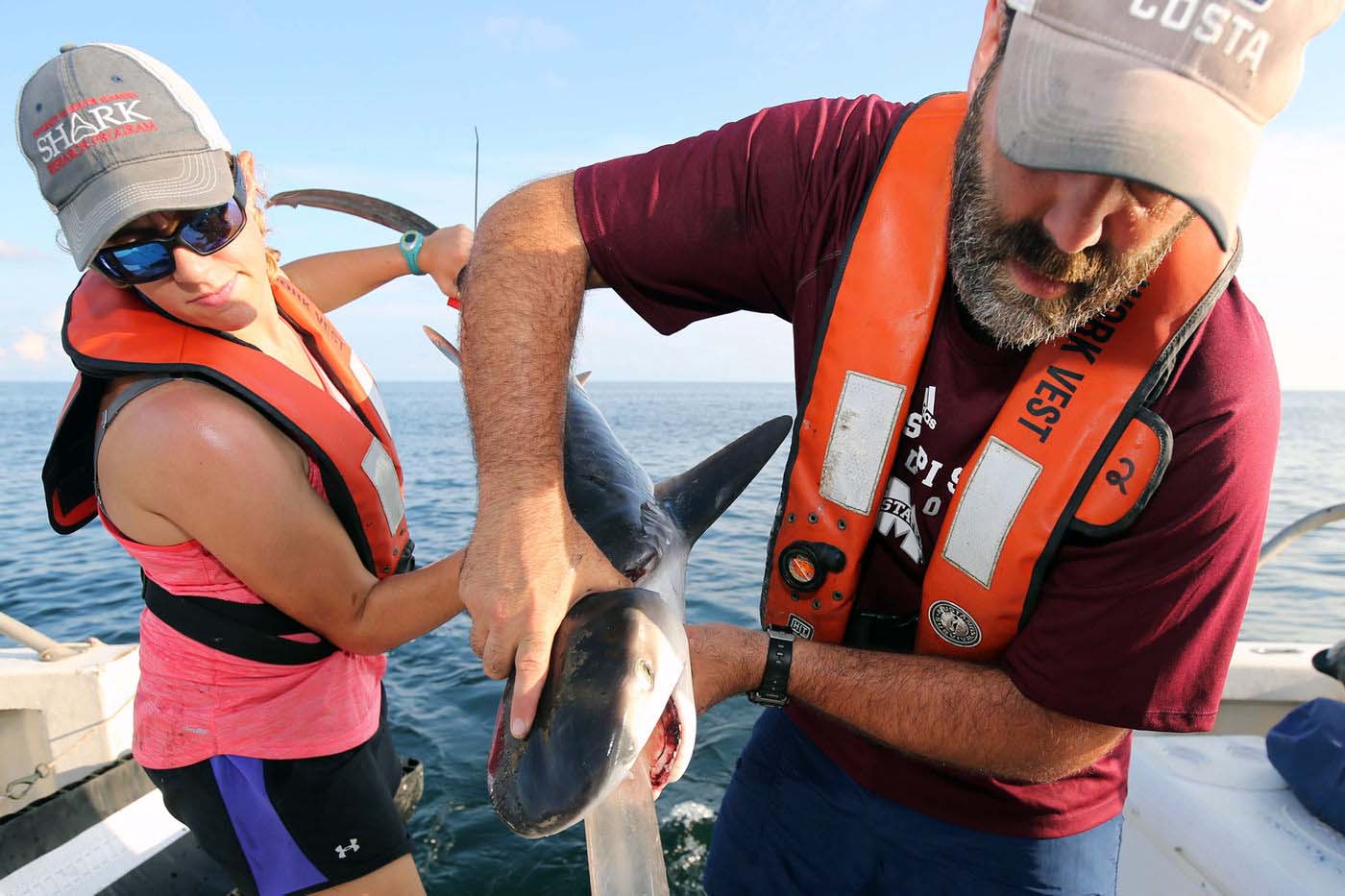 Tiger sharks have never been thought of as fussy eaters, but scientists in the USA have been surprised to discover that, for juveniles of the species, land-based birds such as sparrows, woodpeckers and doves have become a regular part of their diet.

Marcus Drymon of Mississippi State University and his team caught 105 sharks measuring around 1m in length in the Gulf of Mexico. They quickly pumped the sharks’ stomachs on their boat before returning them to the sea.

Forty-one of the sharks were found to have partially digested bird remains in their stomachs. These were sent to Chicago’s Field Museum laboratories for analysis, comparing DNA sequences in the tissues to bird DNA databases to determine the species.

“None of them were seagulls, pelicans, cormorants, or any kind of marine bird,” said Drymon. “They were all terrestrial birds.”

“Tiger sharks will see an easy meal and snatch it up, but I was surprised to learn that the sharks were eating songbirds – I assumed that they’d be seabirds,” said Kevin Feldheim, a museum researcher and co-author with Drymon of a new study published in Ecology.

The research has been claimed as the first evidence of the sharks eating terrestrial songbirds, which they picked off as they flew over the Gulf of Mexico during their migration season. “In every instance, the timing of the tiger shark eating the bird coincided with the peak sighting for that species of bird off our coast,” said Drymon.

“The tiger sharks scavenge on songbirds that have trouble flying over the ocean,” added Feldheim. “During migration, they’re already worn out, and then they get tired or fall into the ocean during a storm.”

He said that they appeared to make more attractive prey than seabirds, which were better equipped to handle themselves in and over the sea.