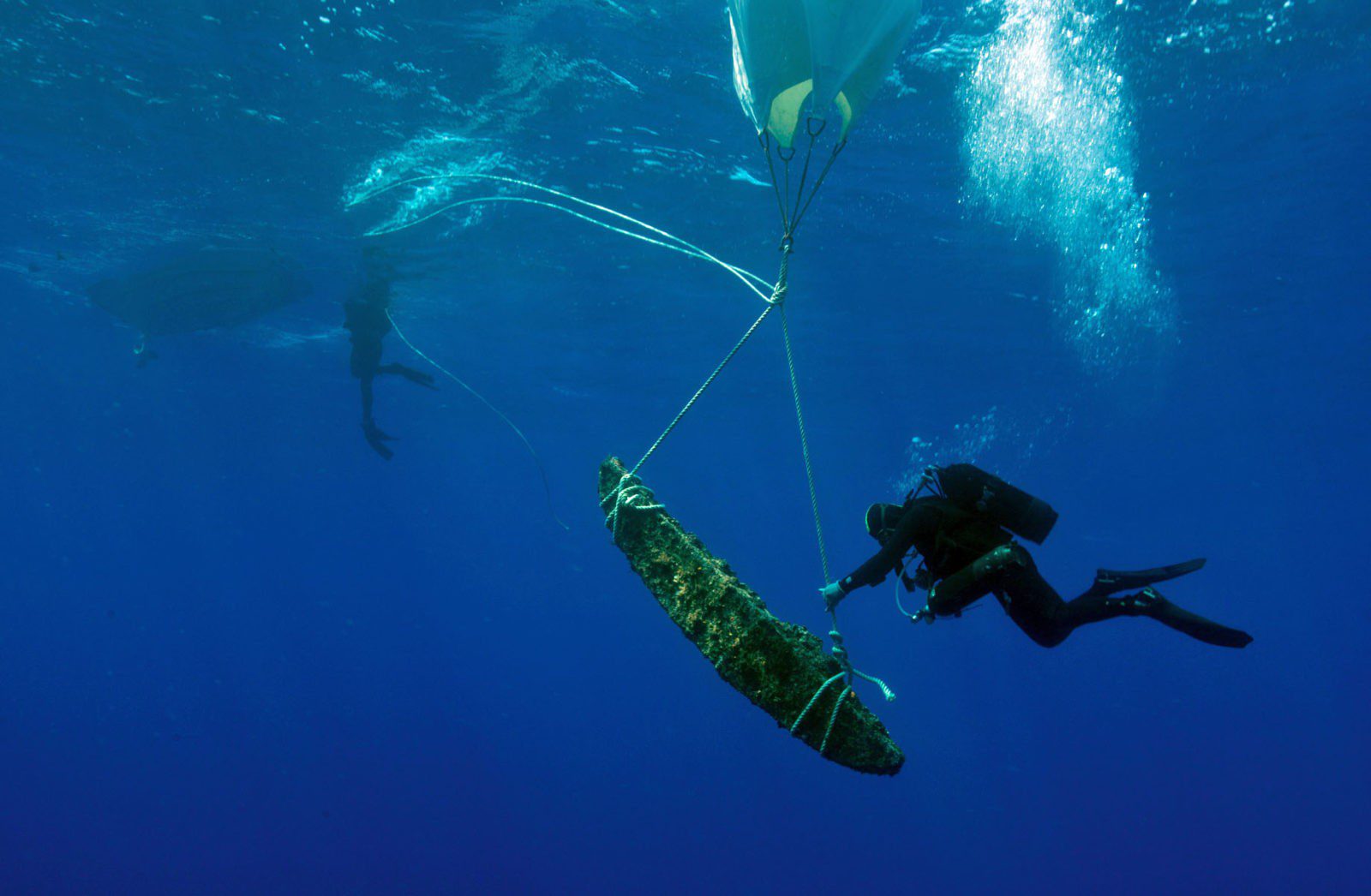 Five ancient shipwrecks, traces of three more and a 2500-year-old granite anchor pole from a “colossal” vessel have been found by maritime archaeologists diving off the eastern Aegean island of Levitha.

Hailed as the biggest underwater discovery in Greek waters this year, the finds were recorded by a team commissioned by the Ephorate of Underwater Antiquities to explore the area over the next three years.

Levitha, originally Levynthos, lies with three other small islands, Mavria, Glaros and Chinaros, on a Mediterranean trading route that thrived between the Archaic and Ottoman periods of history. The group is located between the bigger islands of Amorgos and Leros.

Over two weeks in June, the archaeologists undertook 57 group dives off Levithta’s south and west coasts, covering nearly a third of its 22-mile coastline. They based their searches on records from Greece’s Underwater Antiquities Archive and information provided by local fishermen and sponge-divers.

One of the oldest vessels, dated to the mid-3rd century BC, contained amphoras originating from all over the Mediterranean – from Knidos, Kos and Rhodes in the Aegean, Phoenicia and Carthage in Africa.

Another wreck from Knidos dated back to the same period, while three others carried pottery that dated them to the 2nd and 1st centuries BC and the 2nd century AD.

The 400kg anchor pole, raised from a depth of 45m, was the oldest find, thought to date to the 6th century BC and to be the biggest such artefact of the period ever found in the Aegean.

The project is being funded by Greece’s Ministry of Culture & Sport and the British Academy of Humanities & Social Sciences.