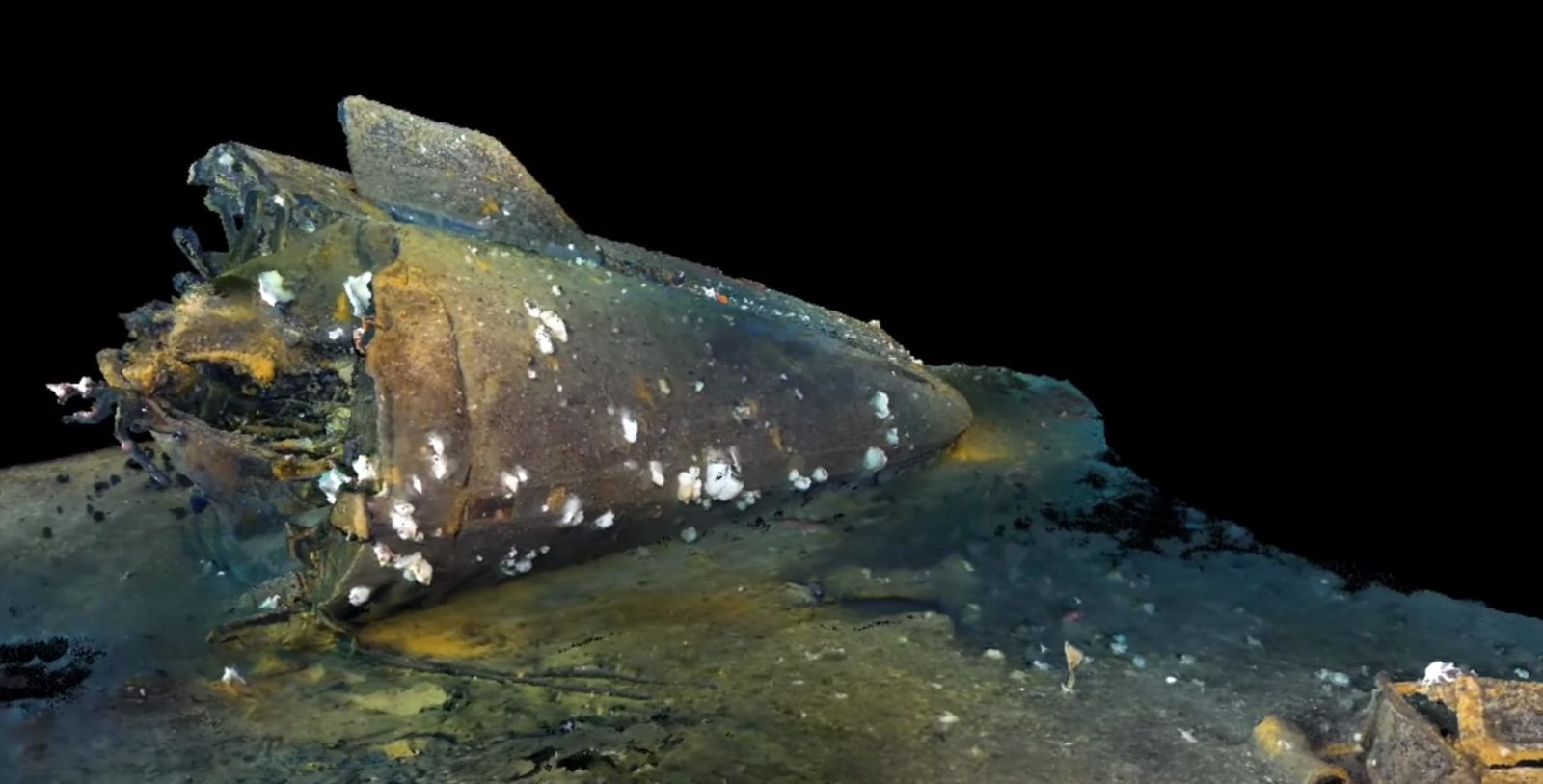 The bow section of a US Pacific Fleet submarine that disappeared on its maiden patrol during World War Two has been found off Alaska’s Aleutian Islands.

The main part of the wreck of USS Grunion had been found in 2007, during an expedition organised by the three sons of the submarine’s commanding officer, Lt-Cmdr Mannert L Abele. Lying at a depth of 975m, it was found through sonar-scanning and investigated using an ROV.

The latest discovery was made by the New York-based Lost 52 Project, which is dedicated to finding lost WW2 submarines.

A team led by Tim Taylor returned to the Grunion wreck site last October and found that while it had slid down a steep volcanic slope, the broken-off bow had remained at a depth of 827m, some 400m away.

The team has now been able to assemble an advanced photogrammetric 3D model of the bow, which can viewed along with the rest of the submarine here. The cold, relatively still waters are said to have kept both parts of the wreck in a good state of preservation.

Grunion entered service with the US Navy in April, 1942, and had already claimed the sinking of two Japanese warships on its first combat patrol.

On 30 July, after reporting intensive anti-submarine activity, it was ordered back to base at Dutch Harbor.

Its final reports were of firing on an enemy ship, now thought to have been the merchant vessel Kano Maru. It is believed that the loss of Grunion could have been the result of multiple torpedo failures.

Lost 52 Project says it hopes that the discovery of the bow will help to solve the mystery of what happened to the submarine and its 70 crew. Describing the “fly-through” 3D depiction of the wreck, Bruce Abele, one of the submarine commander’s three sons, said that it had “had a profound impact on me, one exactly as intended by the Lost 52 Project.

“Seeing the entire wreck in contrast to only a portion creates a real-world experience of what went on. When you see only a portion of a wreck, the level of certainty is diminished.”