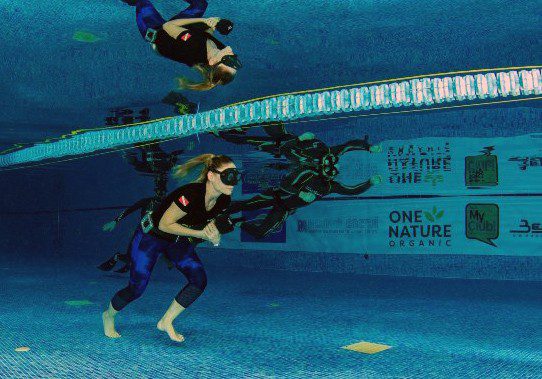 The Longest Underwater Walk With One Breath (Female) record has been broken by Turkish freediver Bilge Clingigiray. She set the new Guinness World Record by covering a distance of 81.6m in one minute, breaking not only the record for women but for men too.

The attempt required one of the freediver’s feet to be touching the bottom of the pool at all times and ,besides a standard weightbelt, she carried a dumb-bell to maintain negative buoyancy.

Clingigiray set the original record in this category in 2017 when she covered 67.16m, but Russian freediver Marina Kazankova beat that distance later the same year.

The Turkish diver says it took two years’ training to be able to achieve her new record, increasing her original distance by almost 18% and beating the male record of 79.94m.

The event was open for public viewing at the Ağaoğlu My World Club swimming pool in Istanbul, and can be viewed here.