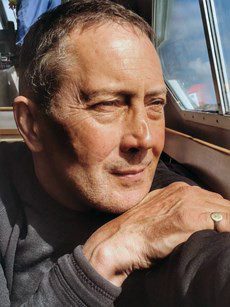 Tim Saville, a well-known technical diver from Huddersfield, died on a dive on HMHS Britannic on 29 September. The wreck of the Titanic’s sister-ship lies at a depth of 120m off the Greek island of Kea.

Diane Saville, co-director in the family water-cooler business, said in a statement that “Tim was a passionate (dare we say obsessive) technical diver who loved to explore historical shipwrecks as well as experience the sea life which is so rarely seen by humans”.

The Britannic was, she said, “the ultimate goal on Tim’s bucket-list and he was so excited to finally be able to make the dive. Although we are absolutely devastated at the sudden news, we know that he died doing what he loved the most.”

Saville, who was 61, took up scuba diving in 1997 after retiring as a rugby player and coach, becoming an open-circuit trimix and rebreather instructor.

He had been a member of Robin Hood Dive Club since 2003. He leaves his wife Liz and four children.

A Just Giving page has been set up asking for donations to the St Abbs lifeboat, which Liz Saville, also a Robin Hood club diver, describes as “a cause close to both our hearts, to create a lasting legacy in a place that meant the world to him”.

The Britannic, which sank after hitting a mine in 1916, is usually dived using closed-circuit rebreathers because of its depth.

Because of the logistics of diving the wreck and restrictions imposed by the Greek government, it is dived infrequently through expeditions. In 2009 the Britannic claimed the life of another experienced deep-wreck diver, Carl Spencer.