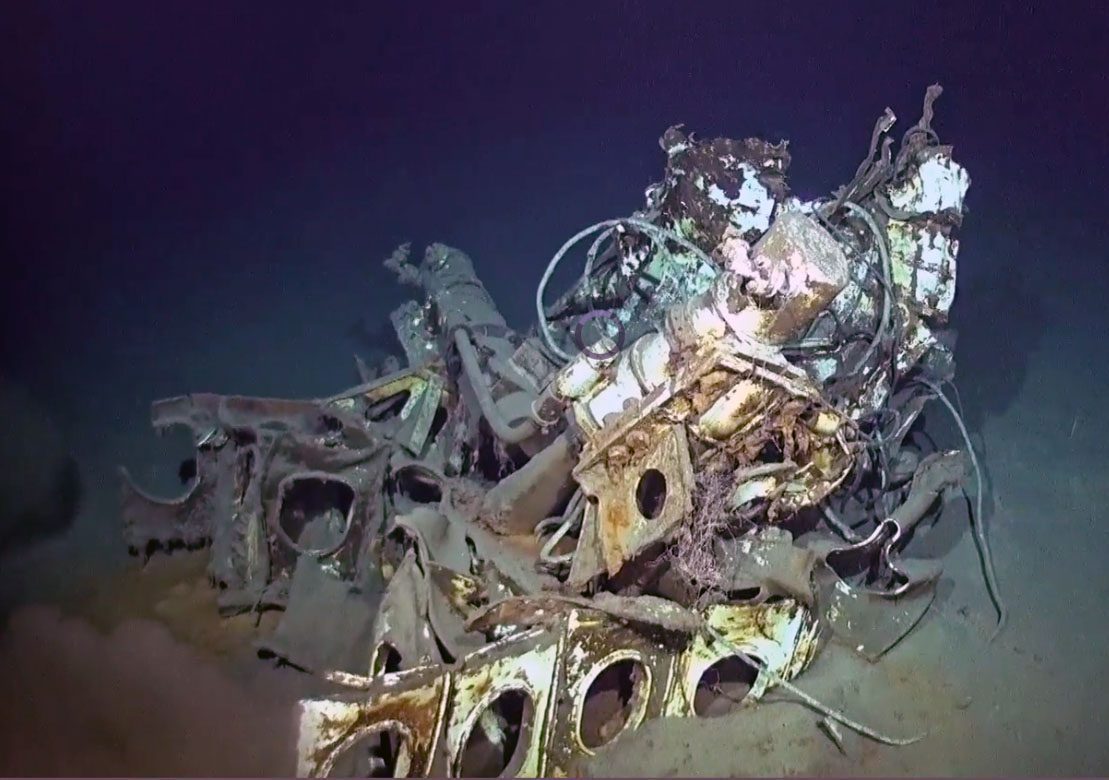 Only recently the Vulcan Inc deep-wreck team announced the first-ever discovery of two Japanese WW2 aircraft-carrier wrecks, and now they have released video footage of another breakthrough – the location of the deepest warship wreck ever to be found.

Working from the wreck-hunting research vessel Petrel, they have investigated the remains of what they believe is the WW2 destroyer USS Johnston – at a depth of 6.22km.

The ship’s identity has yet to be confirmed but it is thought likely to be the Fletcher-class destroyer sunk during Samar, one of the biggest battles in naval history.

The 75th anniversary of the 1944 engagement was observed on 25 October. Kamikaze pilots were deployed for the first time as the Japanese Centre Force took the US fleet by surprise.

Samar was one of the four actions that made up the Battle of Leyte Gulf, in which the USA suffered heavy casualties, including the loss of two escort aircraft-carriers, two destroyers, one destroyer escort and 23 aircraft. The Japanese forces also suffered significant losses, however, including three heavy cruisers and 52 aircraft.

The wreck lies on the edge of Emden Deep in the Philippine Sea, which extends past 9km, and is just beyond the rated operational limit of Petrel’s ROV.

“During this dive, our deepest yet, we encountered challenges that impacted our ability to operate and obtain the typical high-quality survey that we strive for,” admitted ROV pilot and researcher Paul Mayer, although wreckage that the team was able to shoot appears sharp and clear.

“We believe this wreck to be that of the USS Johnston, DD-557,” said Robert Kraft, Vulcan’s Director of Subsea Operations. “There is no evidence of the dazzle-paint scheme indicative of the USS Hoel, and its location suggests this wreck sank later in the battle, after the loss of the Hoel.”

The Petrel, owned and operated by Vulcan Inc, has now discovered more than 30 warship wrecks, including recent surveys of Japanese aircraft-carriers Kaga and Akagi, lost during the Battle of Midway, and often-iconic US vessels including the Indianapolis, Hornet, Wasp, Ward, Lexington, Helena and Juneau.

Past Vulcan-led expeditions have resulted in the discovery of USS Astoria, the Japanese battleship Musashi and the Italian destroyer Artigliere.

The company was started by the late Microsoft co-founder Paul Allen.