Whatever next? It’s the floating reef!

Whatever next? It’s the floating reef! 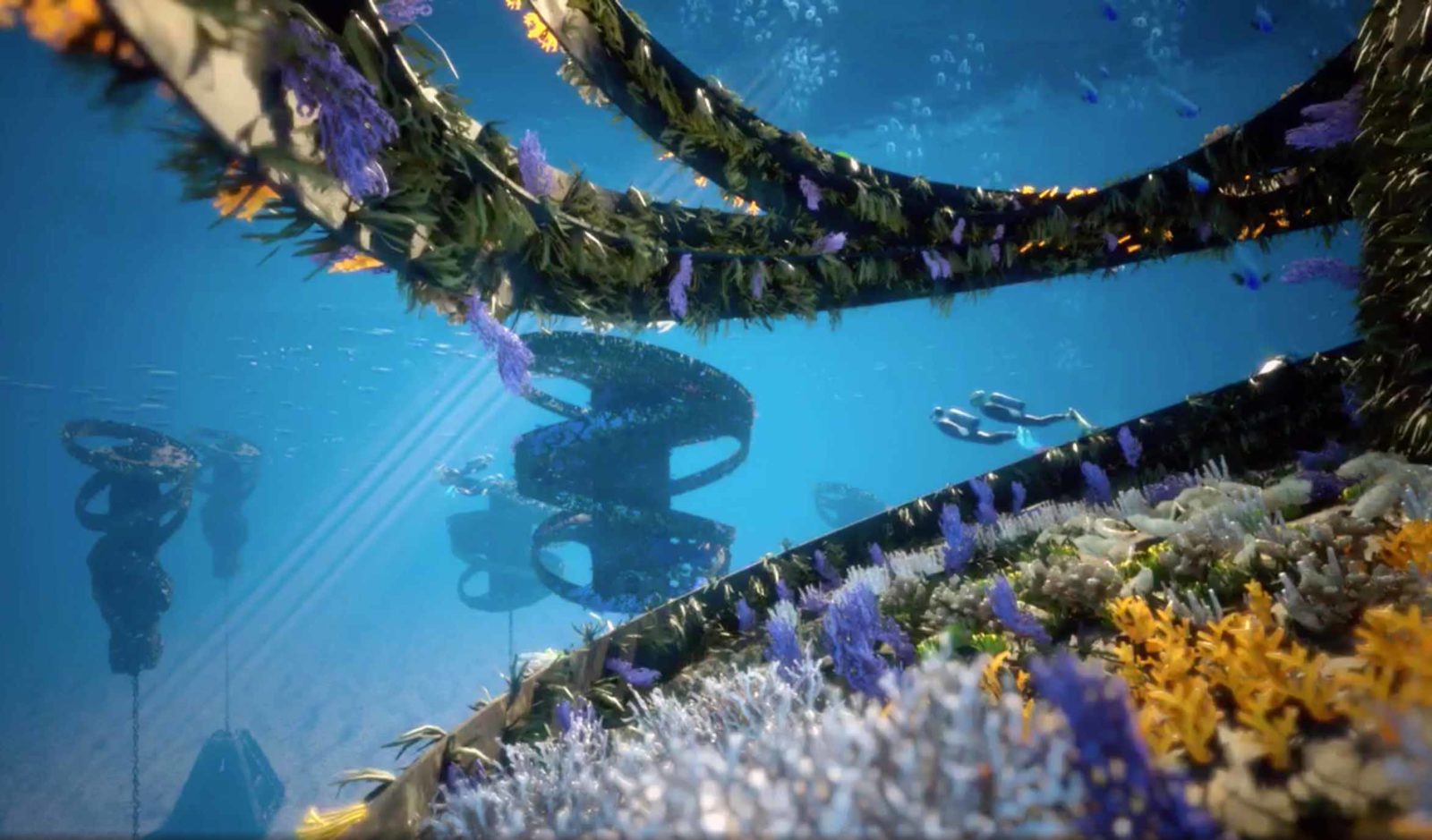 The world’s first floating reef – that’s the claim for an unusual project being undertaken off the eastern Australian city of Gold Coast to attract more scuba divers to the area.

Australian company Subcon Technologies has just been appointed by the city and the state of Queensland to deliver the artificial reef.

Designed by local artist Daniel Templeman, it will consist of nine buoyant “sculptural reef flutes”, each one to be anchored to the seabed 16-20m below by reinforced-concrete and steel pyramids.

The plan is to attract a projected 16,600 new tourists, create jobs and generate revenue of more than Aus $30 million in the reef’s first 10 years.

Gold Coast, near Brisbane, lies south of the Great Barrier Reef. The proposed site is about 1.5 miles offshore and east of a wreck called the Scottish Prince.

“The floating reef will establish itself instantly as a must-do or bucket-list experience when you are on the Gold Coast,” stated the city’s Mayor Tom Tate. “Divers will be able to swim around and through the floating reefs, which over time will become covered in marine growth, attracting schools of fish and other species.”

Subcon Technologies is said to have delivered more than 20 “engineered reefs” to date for habitat restoration, diving and angling purposes, but the Gold Coast project would be its biggest yet.

“Resembling bommies or vertical-column reef outcrops, it will be no time before the reefs are teeming with a diversity of marine life, creating a living artwork of ecological ocean habitats.”