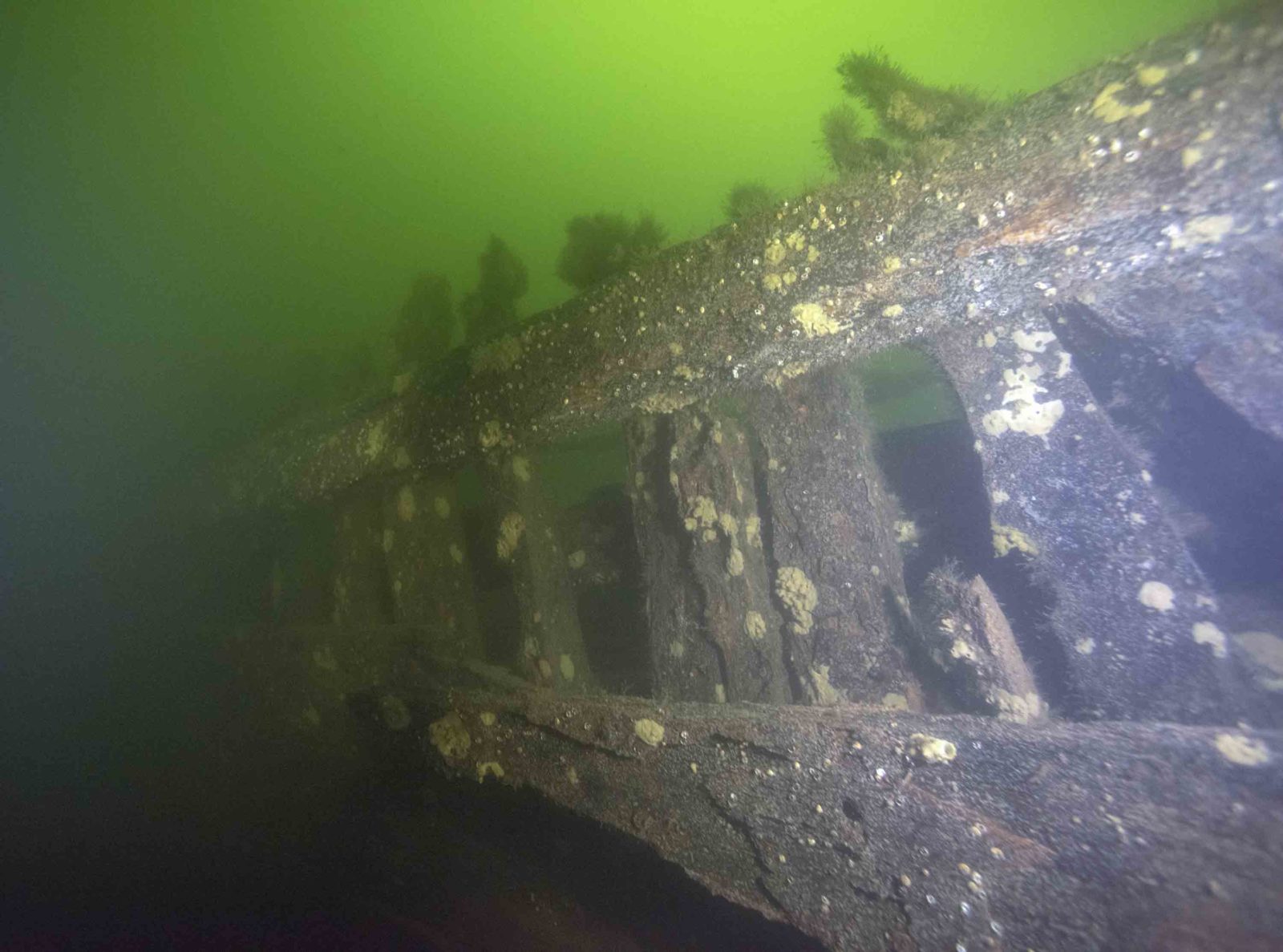 Well-preserved timbers on one of the wrecks. (Picture: Jim Hansson / Vrak / SMTM)

Scuba-diving archaeologists have discovered two large 17th-century warships off Vaxholm in Sweden’s Stockholm Archipelago – and believe they might have found the sister-ship of the vessel that has become a Swedish icon, the Vasa.

The 69m-long Vasa with its 64 cannon sank on its maiden voyage in 1628. Salvaged in 1961 and displayed at Stockholm’s Vasa Museum, it has become one of Sweden’s biggest tourist attractions.

Unlike that ship, however, there will be no intention of raising, conserving and displaying the new discoveries. The underwater archaeologists who found them represent Vrak, Stockholm’s forthcoming Museum of Wrecks, and believe that such wrecks are best-preserved in the brackish waters of the Baltic, and that nowadays their story can be told digitally.

Describing as “astounding” the remains of the newly found wrecks, the museum’s head marine archaeologist Jim Hansson said: “It was like swimming around on Vasa.”

The first wreck found had dimensions and design details that matched those of the Vasa and is thought to have been sunk deliberately as part of a blockade around Stockholm. The stern was found to be damaged but the bow, protruding about 5m from the seabed, was better-preserved.

The following day the divers found an adjacent shipwreck thought to be even bigger.

Their hope is that one of the two vessels is the Applet (Apple), launched a year after the Vasa. Both were built as part of a series of large, heavily armed warships commissioned from the same shipwright for King Gustaf Adolf II’s fleet, and eventually sunk as blockad- ships off Vaxholm in the second half of the century.

The Applet took part in an invasion of Germany in 1630 but, regarded as a “problematic” ship, was scuttled in 1659. Other vessels in the series included the Kronan (Crown, built 1632), which was involved in battles at Kolberger Heide in 1644, and Oresund in 1658 and is thought to have been sunk at Vaxholm in the 1670s.

Also scuttled in the same decade was the Scepter, which had been built in 1634 and also participated at Kolberger Heide.

The archaeologists took timber samples for analysis in the hope of securing positive identification of the wrecks. “The detective work has just begun,” said Hansson.

The dives were carried out on behalf of National Maritime & Transport History Museums, of which the Museum of Wrecks will be part, in collaboration with the Swedish Navy.

The new museum, due to open in autumn 2020, plans to disseminate knowledge about Baltic maritime cultural heritage using digital technology.