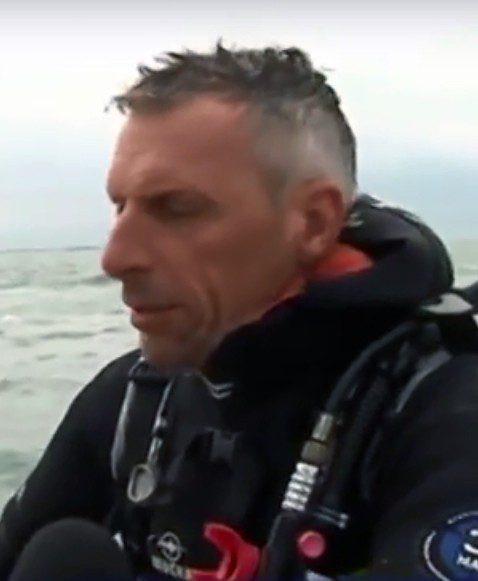 After a 13-year search, French wreck diver Bruno Pruvost says he has located and dived the Lady Rosebery, a Thames sailing barge sunk during Operation Dynamo, the evacuation of troops from Dunkirk during World War Two.

The sinking was notable for involving John Atkins who, aged 15, was the youngest British fatality in the action.

According to a report in Kent Online, Pruvost believes that he first located the wreck-site in 2006, but strong currents and poor visibility prevented him from diving to obtain positive identification. Now he says he has relocated the wreck at a depth of 30m about a mile off Dunkirk using a magnetometer, and was able to bring up from his dive a propeller, hull sections, bricks, a plate, a deadeye and a scent bottle.

The Lady Rosebery was one of the fleet of civilian vessels that crossed the Channel to help evacuate more than 338,000 Allied troops forced to retreat to the coast following weeks of battle with German forces.

Atkins, from Gravesend, had recently started work as third hand on the Lady Rosebery when the barge was called in to help with the evacuation. He wrote to his mother: “We are under the Navy now, we are going to France today and might never come back. Don’t worry.”

The vessel left Dover on 1 June, 1940, towed with two other barges, Doris and Pudge, by the Admiralty tug St Fagan. Atkins was aboard the tug.

According to a separate account by the Dunkirk Association of Little Ships, when the St Fagan neared the French coast under cover of darkness the barges were cast off and the Lady Rosebery headed inshore to pick up troops.

The barge was still just astern of the St Fagan when the tug struck a mine and sank, taking the Lady Rosebery and Doris with her.

Only six of the 25 people on the vessels, including the St Fagan’s captain, survived the explosion and were picked up by Pudge. The captain later said that he would not have taken Atkins had he known his age before departure.

Pruvost had read the young seaman’s story on a Chatham museum website dedicated to the Dunkirk story, and had contacted members of Atkins’ family.

“It spurred him on,” Atkins’ niece Sandra Wood, 72, told Kent Online. She said that the family had never forgotten the story and that the discovery of the wreck had brought “some sort of closure to it now, after all these years”.

She and her husband plan to meet Pruvost next year during the 80th anniversary of Operation Dynamo.