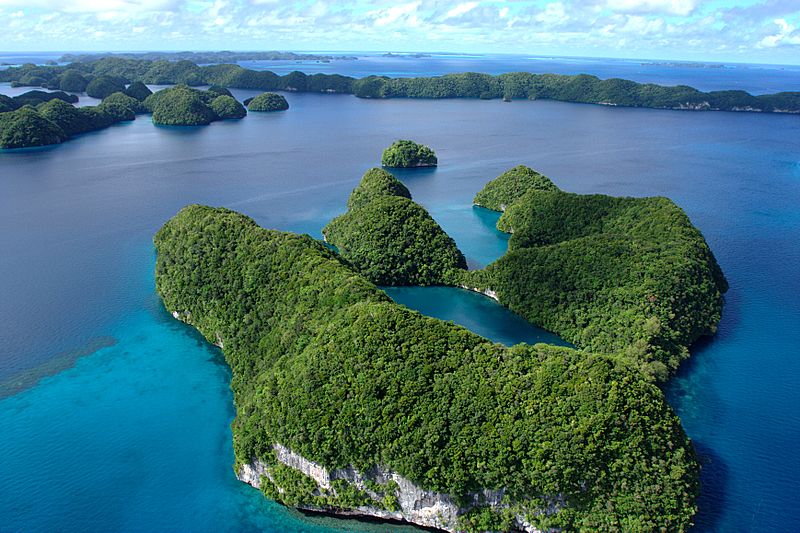 The Pacific scuba-diving destination of Palau has become the world’s first nation to protect its coral reefs from damaging chemical sunscreens, as a ban on their manufacture, importation or sale came into force on New Year’s Day.

The initiative was anticipated on Divernet at the start of November 2018, when the Palau government estimated that some 23 litres of sunscreen were being dispersed into its seas every day by water-users.

Its decision was influenced by a 2017 Coral Reef Research Foundation report that found sunscreen chemicals present in the declining population of non-stinging jellies in Palau’s famed Jellyfish Lake. Its recommendation that the products should be banned at the site was implemented soon afterwards.

Exposure to the listed chemicals, which work by absorbing ultra-violet light, has also been found to make corals more susceptible to bleaching at relatively low temperatures. When bleaching does occur, they recover more slowly in tourist areas, indicating a link with chemical sunscreens.

Divers and other water-users are encouraged instead to use mineral-based products based on titanium oxide or zinc oxide, as well as “sun-safe” rash-vests, hoods and other clothing.

Anyone contravening the law, including visitors bringing the products into the country, faces confiscation of the sunscreen and fines of up to US $1000.

“The harmful effects of chemical sunscreen are well-documented by scientists around the world, and that includes our local experts,” said Palau’s president Tommy Remengesau.

“When divers, snorkellers, fishermen, naturalists… hear about our sunscreen ban, they understand. Our reefs, our fish, and our ecosystems are their priority as well.”

An education-awareness campaign is under way, with signs at the airport and the tourist trade encouraged to inform visitors about “reef-safe” products in Palau stores.

Forward-thinking Palau declared its waters a shark sanctuary in 2009, designated most of its seas as a marine protection zone in 2015, and became only the second nation to ratify the 2016 Paris climate agreement.

The US state of Hawaii and the Caribbean island of Bonaire are set to follow suit in banning chemical sunscreens, but not until next year.