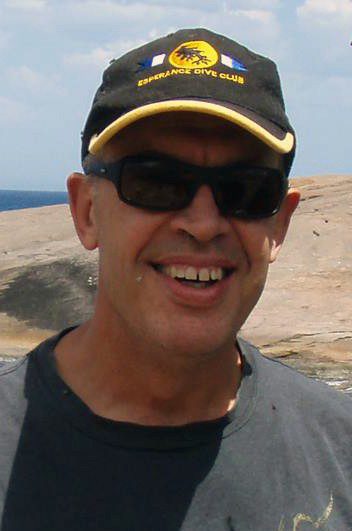 It’s unusual for a scuba diver to be attacked by a shark, but an Australian man was killed by what was believed to be a great white off Western Australia’s southern coast on 5 January.

Experienced sports diver Gary Johnson had only just entered the water in the early afternoon. He and his wife Karen Milligan were out on their boat near Cull Island, a diving location about four miles off their home town of Esperance, south of Perth.

Milligan, who witnessed the attack from the boat, put out a Mayday call and was later treated for shock at Esperance Hospital. A local skipper who responded reported seeing no more than Johnson’s fins and a sleeve from his suit in the water.

Water Police divers later scoured the area with the help of a shark cage and DPVs, supported by Marine Rescue WA volunteers and a Fisheries patrol vessel crew. Although hindered by poor sea conditions, they managed to find and retrieve Johnson’s BC and tank.

Johnson was president of the Esperance Dive Club, and he and Milligan had enjoyed diving most weekends.

He had in the past said that he rarely saw sharks when diving but regularly took the precaution of carrying a shark-protection device, though it was not known whether he had one when the attack occurred. Both divers were opposed to shark-culling.

Sixteen fatal shark attacks have been reported in Western Australia since 2000. Surface swimmers account for most of the deaths, but four have involved divers.