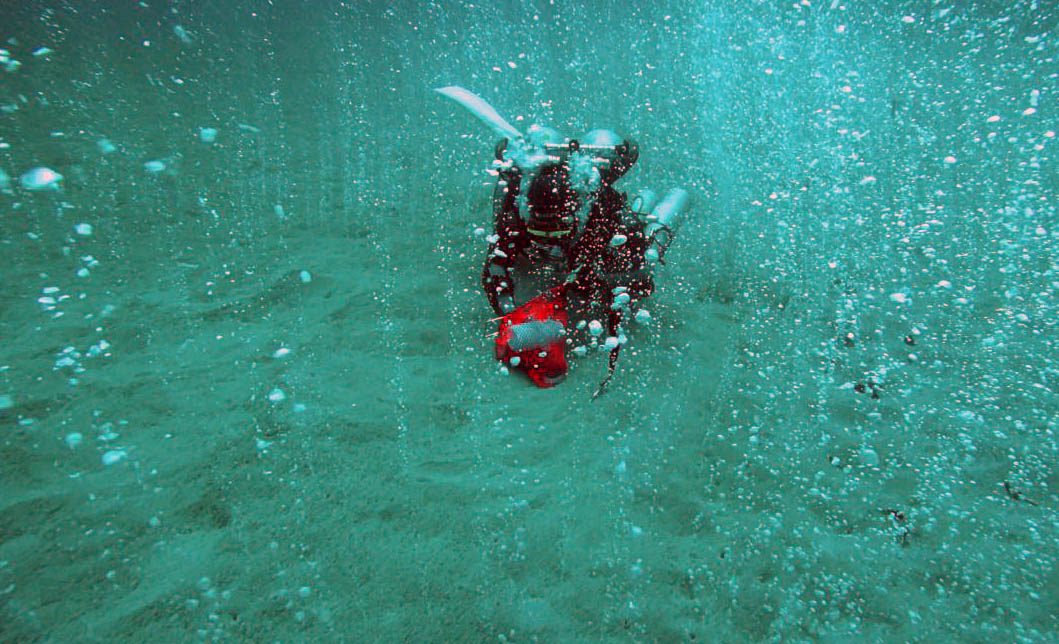 Many scuba divers will have visited volcanic dive-sites with warm seabeds seeping bubbles and names like Champagne, but a recently dived 60m-deep Philippines site emits what could be the highest natural concentration of carbon dioxide ever recorded.

Dubbed Soda Springs, the site is releasing CO2 bubbles at an unprecedented rate, according to hydrologist and technical diver Bayani Cardenas, whose team discovered it.

Cardenas is a professor at University of Texas Jackson School of Geosciences, and he says he was concentrating on a part of the ocean rarely studied because “it’s too shallow for remotely operated vehicles and is too deep for regular divers”.

The scientists had been looking into the effect of groundwater from a nearby island on the marine ecosystem of Verde Island Passage, one of the world’s most biodiverse environments.

Cardenas believes that Soda Springs, where a volcano has been venting gases through seabed cracks close to healthy coral reefs possibly for millennia, could prove ideal for studying how such reefs cope with climate change.

“Life is still thriving there, but perhaps not the kind that we are used to,” he says.

The scientists measured CO2 concentrations from 60,000 to as much as 95,000 ppm (parts per million). The higher figure is more than 200 times the concentration found in the atmosphere.

Although the gas is soon diluted in the ocean, this still means an elevated CO2 environment all along the Calumpan peninsula coast, near Batangas, with typical levels of 400-600 ppm.

The divers also found seabed hotspots where groundwater was being discharged into the ocean, indicating a pathway for pollutants between the island and the reef system.

While coastal development in such areas was driven by the quality of their coral reefs, an attraction for scuba divers and others, Cardenas said that the communities catering for the ecotourists invariably disposed of waste using septic tanks rather than modern sewage systems – with the risk of polluting the very reefs on which the economy was based.

The study by the University of Texas and other institutions in the Philippines and the Netherlands has now been published in Geophysical Research Letters.