The more we know, the more we realise we don’t know – understanding that can mean the difference between life and death, says SIMON PRIDMORE 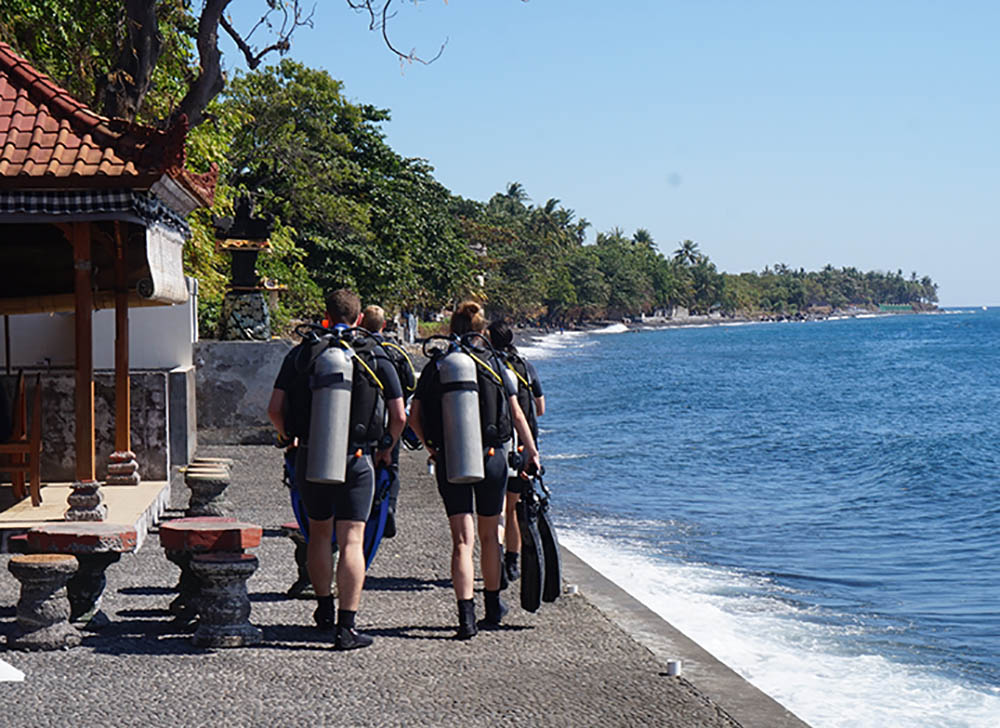 New divers marching in the pursuit of excellence.

Robert, a veteran diver, was at home one afternoon when he received a call from a woman who introduced herself as a friend of a friend.

She asked him if he could recommend an operator to take her and her husband to dive off Nusa Penida, an island off the south coast of Bali famous for big fish, but also notorious for coldwater upwellings and strong, unpredictable currents.

Some of the commonly dived sites are well-known accident black-spots, and many new divers have come to harm there over the years.

Robert asked about their experience, and the woman told him that she and her husband were advanced divers.

He pressed a little more and found out that they had learned to dive only a few weeks earlier and had done nine dives, all during their training.

On hearing this, Robert suggested that, as diving around Nusa Penida could be tricky, they might do better to try some of the wonderful diving in easier conditions off the village of Tulamben on Bali’s north-east coast. 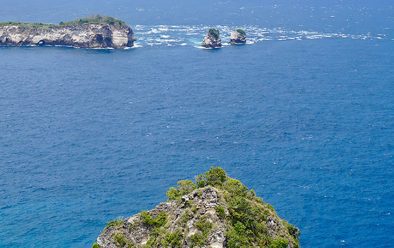 Currents around Nusa Penida mean that this location is not one for the inexperienced.

This suggestion did not go down well. The woman was highly indignant at Robert’s implication that she and her husband were “not excellent divers – which we are!” and hung up on him.

Two days later, she called Robert again to tell him that she and her husband had gone to Nusa Penida and that they had had a perfectly wonderful day’s diving.

“So there, everything you were telling me was wrong,” she said.

Robert didn’t know where to start explaining the various issues involved, so he just told her that he was happy they had had a nice time.

A few months later I was having lunch with a group of divers, a couple of whom were swapping stories of ultra-deep mixed-gas dives on rebreathers.

During the afternoon, a friend who was also there, a skilled sport-diver who had been diving for many years but had never done any technical training, asked me what it would take for him to get to do dives like the ones the rebreather-divers had been discussing.

I took the question seriously and thought about it for a couple of minutes, plotting the route from single-cylinder open-circuit air-diver to trimix closed-circuit rebreather-diver in my mind and factoring in the cost of gear, dives and training. “A minimum of two years and US $20,000,” I told him.

This was not the answer that he had been expecting, and he was initially lost for words.

His surprise soon turned to anger, however, at what he understood was my implication that he was not a good diver.

I realised my mistake immediately, and told him in detail how I had reached those figures. I explained the various levels of training, the cost of equipment and courses and the time and money required to complete at least the minimum of non-training dives between training levels.

I also covered briefly the reasons why the several levels are necessary, and apologised for my lack of tact at having dropped the bombshell on him a little too abruptly.

Albert Einstein is quoted as having said that “as our circle of knowledge expands, so does the circumference of darkness surrounding it”. In other words, in life,

This realisation tends to make people uncomfortable. Astrophysicist and cosmologist Neil Tyson has described what many people do in response.

They build a wall around what they know, so that they don’t have to see the vast expanse of what they don’t know that lies behind the wall. He calls this wall “the perimeter of ignorance”.

We all have our perimeters of ignorance. Some we might indeed have built ourselves; others we might not even be aware of. My friend thought he knew everything about scuba-diving, and thought technical-diving was just regular sport-diving with more equipment: just as some drivers might think of Formula One as regular driving with faster cars.

Over lunch, the experts had been talking only about what they had seen on their dives. They hadn’t mentioned the sacrifices in time, money and effort that they had made to be able to do dives like this, or the long experience required to develop the right mindset and learn the right techniques to execute such dives successfully.

In the case of Robert’s couple, they might have been partly responsible for creating their own perimeter of ignorance, but the responsibility is hardly theirs alone. As with many new divers, the wall had been built by the training system under which they were taught.

To boost participation and reduce the drop-out rate, most diver-training systems aim to combat common fears (of the water / of the unknown / of failure) by generating over-confidence.

This is done via several strategies, including, but not limited to, choruses of well dones, high fives and great jobs, “advanced” certificates, achievement ceremonies and avoiding all mention of anything that might smack even faintly of negativity.

The couple had graduated from their courses with no idea of their limitations. They had not been told that, after nine dives, everyone, no matter who they are, is just barely competent.

They were not aware that it takes time to develop the instinctive skills and comfort in the underwater environment necessary to deal with the sudden onset of difficult water conditions without panicking. Nobody had advised them to ease themselves gently into the sport and that, no matter how intuitively talented someone might be, it takes a lot of practice to become an “excellent diver”.

They were also unaware that many dive-sites around the world, even popular ones, are dangerous for beginners.

The consequences of living inside a perimeter of ignorance can be serious. Misplaced confidence can often cause new divers to panic when confronted by diving conditions outside their comfort zone.

They then come to harm or become psychologically scarred. Such an incident can lead them to abandon the sport.

Ignorance can also cause more experienced divers to seek to take shortcuts to attain goals.

My friend eventually decided that the road to trimix rebreather-diver was not for him because of the time and expense involved, but I’m sure that, before our conversation, if someone had offered him a shorter, cheaper route to deep rebreather diving, he would have taken it, completely unaware of the risks he was taking.

A number of high-profile technical diving deaths over the years have come about in exactly this way.

Techniques to
Take Away