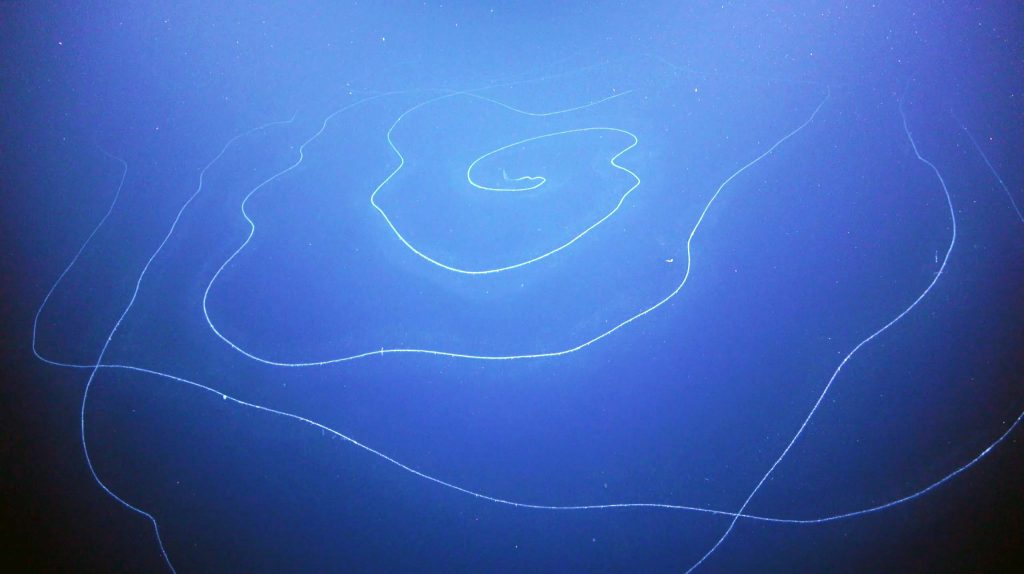 Scuba divers have become accustomed to tales of “monster sea worms” that turn out to be colonies of organisms identified variously as salps, pyrosomes or siphonophores. But an example discovered recently off Ningaloo in Western Australia seems to have reset the scale for such sightings, with an estimated length greater than for any other known animal at around 45m.

The gelatinous siphonophore Apolemia, essentially a string of free-swimming hydrozoans each with the ability to clone itself, was discovered during a month-long expedition to explore the deep-lying Cape Range and Cloates Canyons using an ROV.

The scientific team aboard the Schmidt Ocean Institute research vessel Falkor were excited by the discovery along with that of as many as 30 species previously unknown in the area.

Their ROV SuBastian completed 20 dives as deep as 4.5km, recording finds that included glass sponges, the bioluminescent Taning’s octopus squid, a long-tailed sea cucumber and a number of other molluscs, barnacles and squat lobsters.

“We suspected that these deep-sea areas would be diverse but we have been blown away by the significance of what we have seen,” said chief scientist Dr Nerida Wilson of the Western Australian Museum. Other researchers on the trip represented Curtin University, Geoscience Australia and Scripps Institution of Oceanography.

The California-based Schmidt Ocean Institute is carrying out a year-long series of expeditions in Australia and the Pacific using Falkor and SuBastian, enabling scientists to explore a number of deep-sea canyons and coral reefs for the first time.

It says the video footage and samples collected “will have important implications for the sustainability and protection of these underwater ecosystems – and for similar habitats worldwide that are in peril because of rising ocean temperatures and other environmental threats”.

Falkor, said to be the world’s “only year-round seagoing philanthropic research vessel”, and SuBastian are made available at no cost to international scientists who agree to make their discoveries public.

The dives were livestreamed and highlights can be seen here.