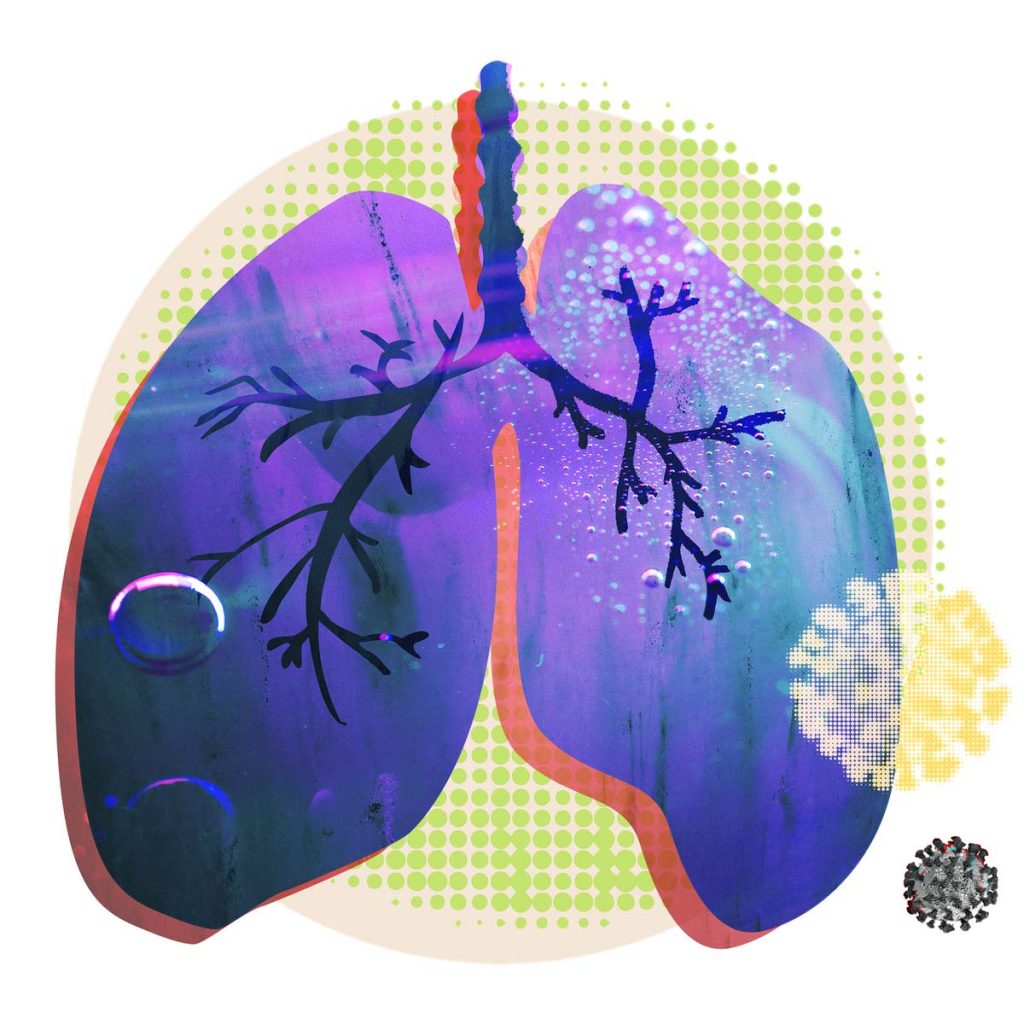 An indication that scuba divers should be especially wary of contracting the Covid-19 coronavirus has emerged from a report by a senior doctor in Austria.

Dr Frank Hartig, himself a diver, heads the emergency unit at Innsbruck University Clinic and is crisis co-ordinator for Covid-19 patients.

He has told the Austrian Press Agency that he has observed “massive changes” in the lungs of patients who have recovered from the infection – even though their cases had not seemed serious enough to warrant admission to hospital.

“This is shocking, we don’t understand what’s going on here,” says Dr Hartig, who is concerned that for divers the lung changes could significantly increase the risk of accidents under water.

Six active divers were among Covid-19 patients seen at the hospital since the coronavirus pandemic began, but none of them was considered to be badly enough affected to require hospital treatment.

After several weeks all six were considered to have recovered, and showed no outward residual symptoms beyond coughs and “reduced performance”. Yet according to Dr Hartig their lung CT scans suggested that the damage sustained could be “irreversible”.

“They are probably lifelong patients,” he said. “As an emergency doctor with 20 years’ experience, you gulp when you see something like this in a 40-year-old patient.”

Two of the divers showed significant oxygen deficiency when under stress, normally a sign of persistent lung shunt. Two displayed the kind of symptoms usually observed in asthmatics, and in four cases the scans revealed such significant changes to the lungs that Dr Hartig had to check with the X-ray department that the files hadn’t been mixed up.

The doctor said he wanted to issue a warning to all divers because, while he couldn’t tell how long the effects would last, he found it difficult to believe that his patients’ lungs could heal completely.

“After a Covid infection, even if you have had only mild symptoms and your medical certification to dive is still valid, you should definitely have a diving doctor examine you thoroughly before diving again,” he said.

Dr Hartig also cautioned against diving using elevated levels of oxygen, such as when using nitrox, suggesting that this could be dangerous if the lung tissue was still sensitive.

And he said that any coronavirus patients hoping to dive again in the short term should be very cautious, because scientific studies would not be available before 2021.