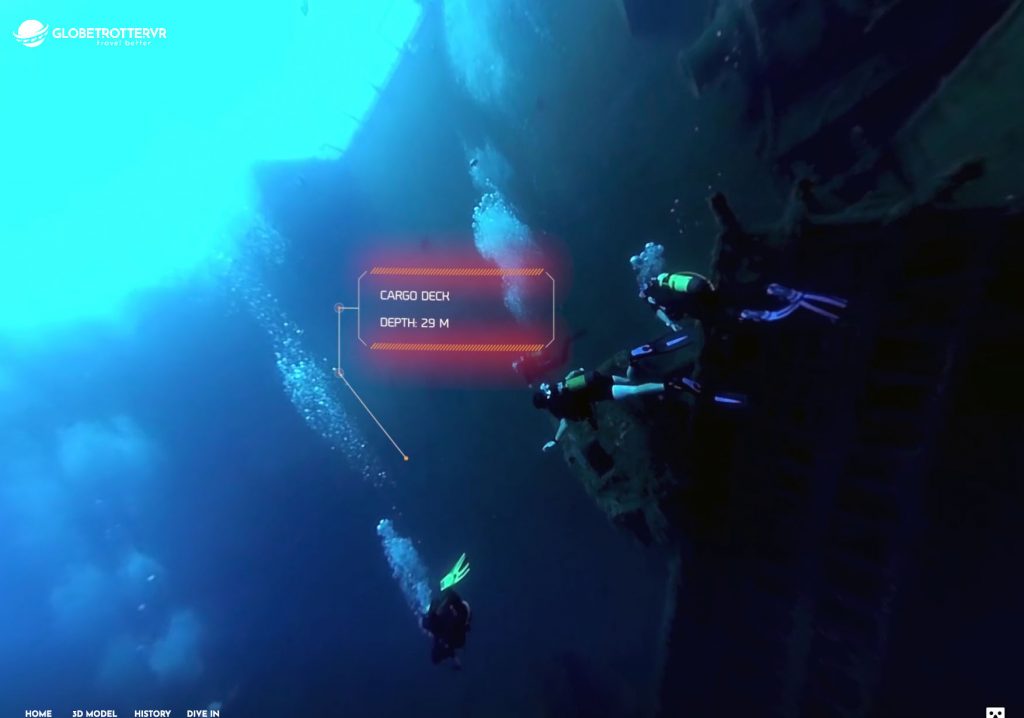 The many Divernet users who have dived the Zenobia ro-ro ferry in Cyprus – and those who have yet to experience it – will be interested in a new free virtual tour of the iconic wreck.

With the 40th anniversary of the ferry’s sinking coming up in June, the downloadable tour has been made available by a company called Globetrotter VR.

It includes an interactive 360° model of the wreck, an illustrated history, and a guided dive filmed by the company’s founder Anastasia Pash, who completed the app under lockdown in Spain, working remotely with the designer. The tour is voiced by DIVER contributor Penelope Granycome.

The 165m Swedish ferry sank to a depth of 42m off Larnaca on her maiden voyage in 1980, after developing a severe list. The vessel, the trucks aboard and much of the cargo remain intact, and the wreck has become an artificial reef for many species of Mediterranean marine life.

Pash has been making VR films for the past three years, with an emphasis on marine conservation.

“We will definitely do more underwater tours,” she told Divernet. “I always loved the sea and I have many more places I want to show people, and raise awareness about the importance of a healthy ocean to our planet.”

She started diving in Cyprus at the age of eight, when her father took her to the sea-caves in Ayia Napa.

“He had the scuba tank and gave me the second regulator, and we swam side by side through the underwater caves. I’m not sure how safe or licensed that was… but that was my first dive!

“I got my PADI Advance OWD cert when I was 16, and since then I’ve had the chance to dive in the Med, the Black Sea, the Coral Triangle and Mozambique. I love wrecks, but my real passion is marine life!”