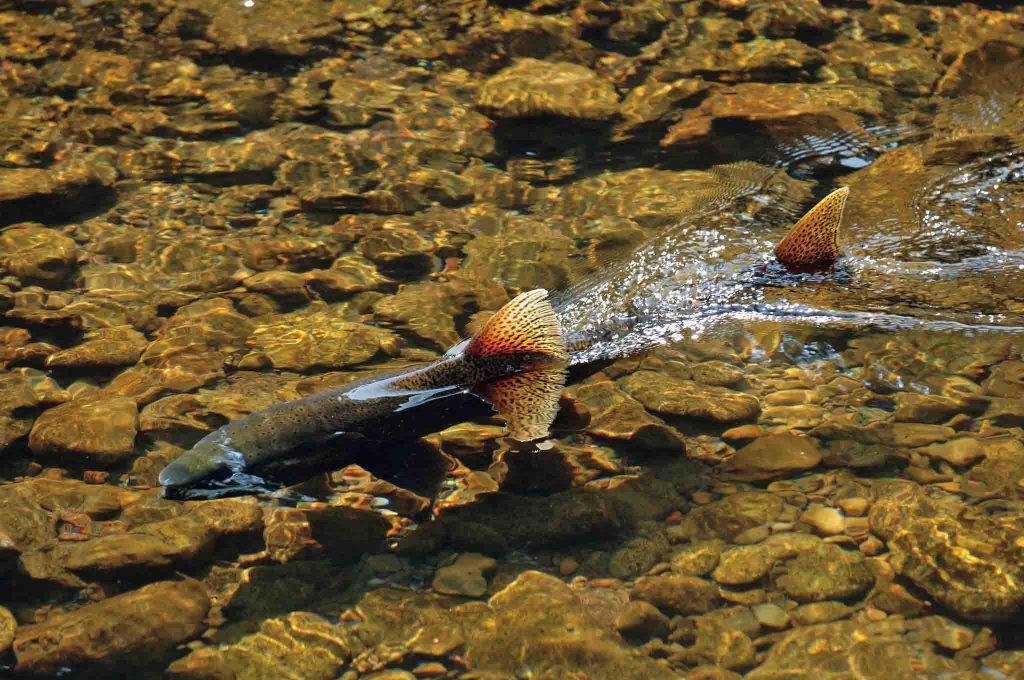 How do ocean-spanning salmon find their way back to the river in which they hatched years before when it’s time for them to spawn? US scientists believe they have come closer to solving the long-standing mystery.

A new study by researchers led by Oregon State University (OSU)’s College of Agricultural Sciences suggests that the fish use chains of microscopic magnetite crystals embedded in their tissue as both a map and compass, allowing them to navigate using the Earth’s magnetic field.

Such pulses reverse the polarity of magnetic particles and are known to affect magnetic orientation behaviour in many species such as bats, birds, sea turtles and lobsters, but they had never before been linked to behavioural changes in fish.

The pulsed salmon’s behaviour was compared with that of ‘unpulsed’ control fish in a magnetic coil system. The scientists found that if they shifted the “magnetic map” the control fish would be randomly oriented, but the pulsed fish would display a preferred heading.

The iron ore magnetite, or lodestone, is the most magnetic of the Earth’s naturally occurring minerals, but the researchers believe that the salmon use the crystals to navigate only when in the sea.

“In the river they seem to rely upon chemical signals,” said Prof David Noakes of OSU, adding that research was continuing into the fishes’ ability to return to the exact spot where they hatched.

“We’re trying to figure out the life-cycle of the salmon from the points of highest information – when they go from fresh water to salt water, and when they turn around and come back.”

Prof Noakes believes the magnetic pulse could have affected the fishes’ map, compass or both.

“In the big picture, these salmon know where they are, where they’re supposed to be, how to get there and how to make corrections if needed,” he said.

“While they’re in fresh water, they’re imprinting upon the chemical nature of the water. When they hit salt water, they switch over to geomagnetic cues and lock in that latitude and longitude, knowing they need to come back to those co-ordinates. And when they decide to come back, it’s months in advance because they’re halfway to Japan.”

The study is published in the Journal of Experimental Biology.