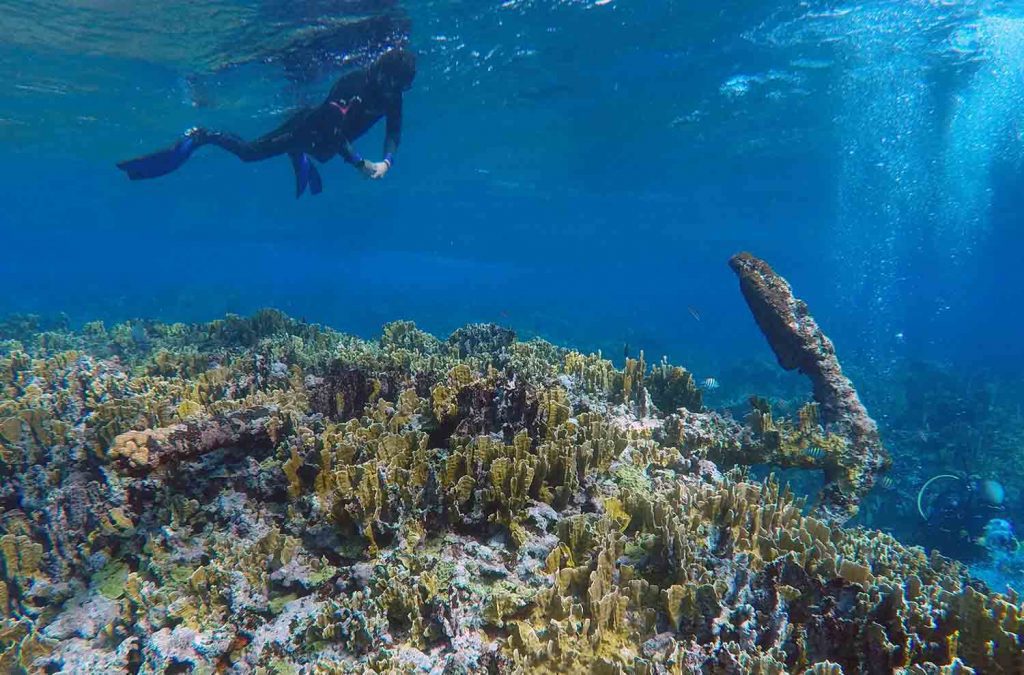 Scuba divers have investigated the remains of what is thought to be a late 18th / early 19th century ship off Mexico’s Yucatan peninsula. The timber hull has disintegrated but an Admiralty-pattern anchor, 2.5m cannon and cast-iron ballast have been found, suggesting that it was an English sailing vessel.

Underwater archaeologists from the Subdirectorate of Underwater Archeology at the National Institute of Anthropology & History (SAS-INAH) carried out the initial survey of the Manuel Polanco Wreck, named after the fisherman who came across it.

The remains are encrusted in coral and the archaeologists believe that the vessel’s crew  failed in a last-ditch bid to avoid running aground by dropping the anchor on the move.

Chinchorro Bank, which lies off Quintana Roo on Mexico’s Caribbean coast, is sometimes referred to as “Quitasuenos”, or Dreamcatcher, because of the number of vessels that have come to grief there.

The Manuel Polanco Wreck lies in a shallow area where currents are particularly strong, and has become the 70th wreck to be found in the Chinchorro Bank Biosphere Reserve.

In the 1960s and ’70s Polanco found several wrecks in the area while fishing, including two of what are now the best-known sites, 40 Cannon and the Angel. Now in his 80s and retired, he works with archaeologists to conserve underwater cultural heritage.

In the 1990s he showed an amateur archaeologist called Peter Tattersfield the remains of a ship he called “El Ingles”.

Tattersfield recently mentioned the site to the SAS-INAH, which set up an expedition led by its researcher Laura Carrillo Marquez. Polanco’s son Benito, a boat captain, followed his father’s directions to take the divers out to the site.

The team had been able to carry out only two dives before Covid-19 pandemic restrictions intervened.

A return trip is planned once these have been lifted, in an effort to confirm preliminary impressions of the ship and learn more about its specifications and cargo.