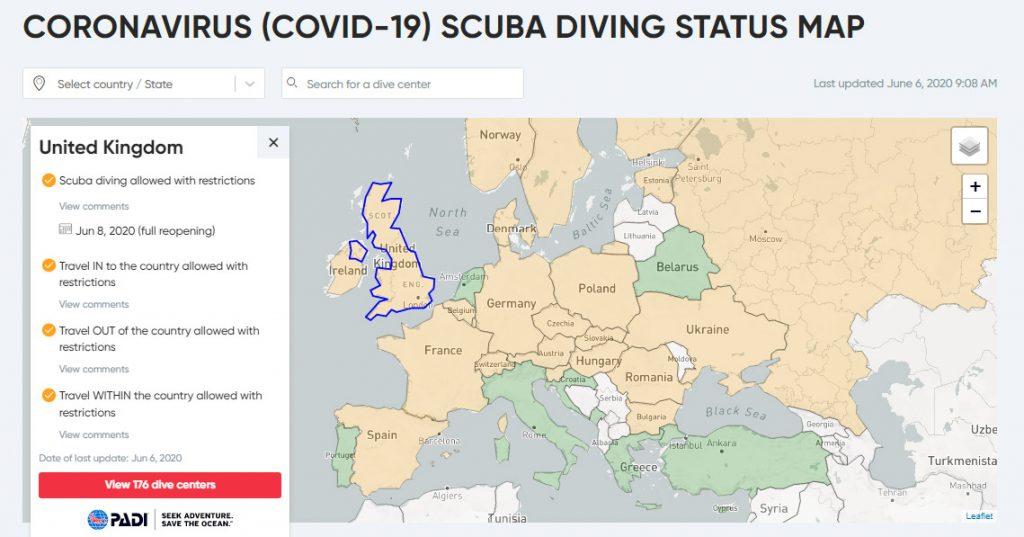 Resumption of scuba diving from small boats such as RIBs has now been officially sanctioned in England – but only if 2m social distancing requirements can be met onboard at all times, says governing body the British Sub Aqua Club.

BSAC has issued detailed guidance on how diving in boats of less than 7m can be managed with at least a buddy-pair and a driver, or two pairs of divers taking turns to provide surface support. If such distancing is not possible the boat is deemed unsuitable for diving until government rules relax further, says BSAC.

The advice forms part of BSAC’s comprehensive guide to returning safely to diving, which also covers the charter-boats that rely on the commercial operator being open for business and taking the measures needed to comply.

Both prospective boat- and shore-diving in England have been affected by the June rule-change that allows up to six people from different households to meet outside if they adhere to 2m social-distancing rules. Shore divers are no longer limited to a single buddy-pair from the same household, allowing for dives to be externally managed.

BSAC originally announced in May that scuba diving was set to resume in Northern Ireland at the same time as England, as reported at the time on Divernet, but in fact this will be permitted only from 8 June. Sport NI has issued its own general guidelines on easing of restrictions.

Diving can also be resumed on the Isle of Man but only by organised clubs complying with their agency guidelines. ScotSAC, the Scottish governing body, appears still to be advising against diving in the devolved nation, while Wales, for which BSAC is governing body, remains a no-diving area.

Meanwhile training agency PADI has created an interactive Covid-19 Scuba Diving Status Map, intended to help divers get back in the water.

UK divers are still subject to overseas travel restrictions but until these are lifted the map can be used to identify in real time those facilities within range where diving is accessible, as well as those “anywhere you dream of travelling”.

“As the effects of Covid-19 spreading and receding from each country evolve, local regulations adapt, creating a patchwork of situations and making it hard to stay up to date, even for residents in their own community,” says PADI.

“This map is a great resource for information on current guidelines, any potential restrictions and special safety precautions in place to help people safely dive in again locally and across the globe.”

The Covid-19 Scuba Diving Status Map covers diving accessibility and restrictions in each country, whether travel in and out of and within that country is allowed, and which PADI dive-centres and resorts are open for business there and what they can offer.