Caymans divers do have their uses

Caymans divers do have their uses 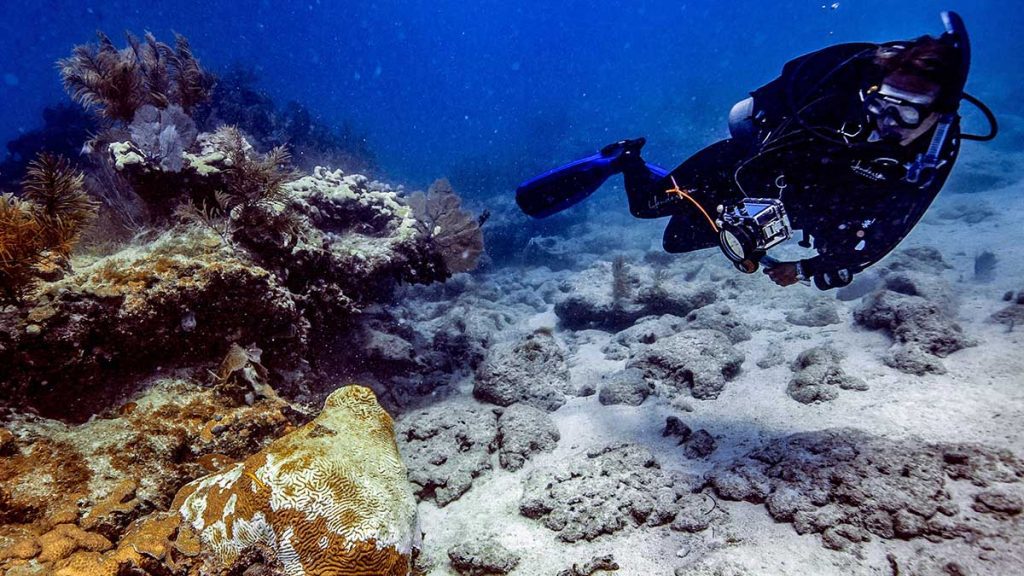 Scuba divers in the Cayman Islands, who had until recently felt they were being sidelined in the wake of the coronavirus pandemic, have now been asked to help combat another disease – in corals.

A few weeks ago divers were expressing frustration about being the last people allowed back into the sea, as coronavirus lockdown restrictions were lifted for other water-users.

Now, following a welcomed turnround in the ruling, the government is calling on the diving community to help look for evidence of a lethal coral disease it fears might have arrived in the islands since diving ceased in March.

As with that other Caribbean scourge, the invasive lionfish, Stony Coral Tissue Loss Disease (SCTLD) appears to have arrived from the USA. It was first identified six years ago on reefs in Florida, where it caused widespread devastation, and turned up  in the Caribbean on Jamaican reefs in 2017.

Known to affect more than 20 of the slowest-growing and longest-lived reef-building coral species, particularly brain, pillar, smooth flower, maze, star and starlet corals, SCTLD is believed to be a bacterial pathogen that can spread rapidly through contact and water circulation.

“Once a coral is infected by SCTLD and begins to lose live tissue, it is likely that the colony will die within weeks to months,” said the Cayman Islands’ Department of the Environment in a statement calling on divers and snorkellers to report any evidence they find of the disease.

“The loss of these corals affects overall coral-reef health and can have catastrophic impacts on the ecosystems.”

SCTLD’s spread through the Caribbean from Jamaica has so far been tracked through Quintana Roo in Mexico to the US Virgin Islands, Dominican Republic, Turks & Caicos Islands, Belize, St Eustatius, Puerto Rico and Grand Bahama.