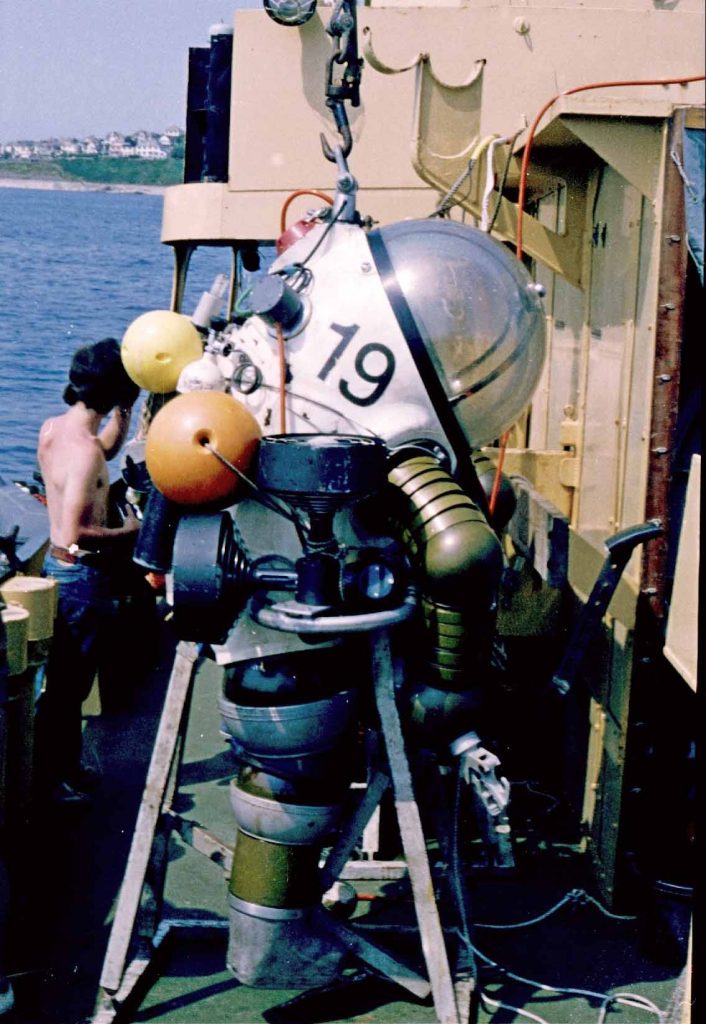 A new website called jimsuit.com is devoted to the emergence 45 years ago of the atmospheric diving suit. Better known as the JIM suit, it was developed to enable divers to work safely as deep as 457m without the need for decompression.

The mainly pictorial website is intended to complement the book ‘Check for Leaks’ by Richard Castle. Containing what are described as many rare photographs, it is dedicated to those who worked on the JIM suit in the 1970s and ’80s with the Atmospheric Diving Group (ADG) of the Royal Naval Physiological Laboratory (RNPL) at Gosport.

The RNPL was formed in WW2 to tackle decompression issues in divers, and in the 1970s it was the need for a deep-sea diving capability, particularly in the North Sea, that saved the laboratory from closure. Castle was a core-member of the ADG, which from 1975 was tasked with evaluating the JIM suit and training divers in its use.

Although the project was abandoned in 1986, the suits were still in commercial use in the mid-’90s.

Meanwhile the Protected Wreck Association (PWA) has just launched the website www.ProtectedWrecks.org.uk  designed to share knowledge and promote best practice among the volunteer licensed divers who work to protect historic wreck-sites in England.

The website’s unveiling coincides with the award by Historic England (HE) of a £29,000 grant to the PWA to support the divers’ work.

The volunteers work alongside diving contractor MSDS Marine to monitor the condition of England’s 53 protected wreck-sites, which include celebrated wrecks such as the 17th-century London and 18th-century Rooswijk. The sites are covered either by the Protection of Wrecks Act 1973 or Ancient Monuments & Archaeological Areas Act 1979.

“We are delighted and grateful that Historic England has funded this project,” said PWA chair Prof Mike Williams. “It will enable us to undertake valuable work to support our members, who are dedicated volunteers protecting our maritime heritage.”

And HE marine archaeologist Hefin Meara said: “We are pleased to support this important project and recognise the enormous contribution that licensed volunteer divers are making to help protect England’s fascinating marine historic environment.”