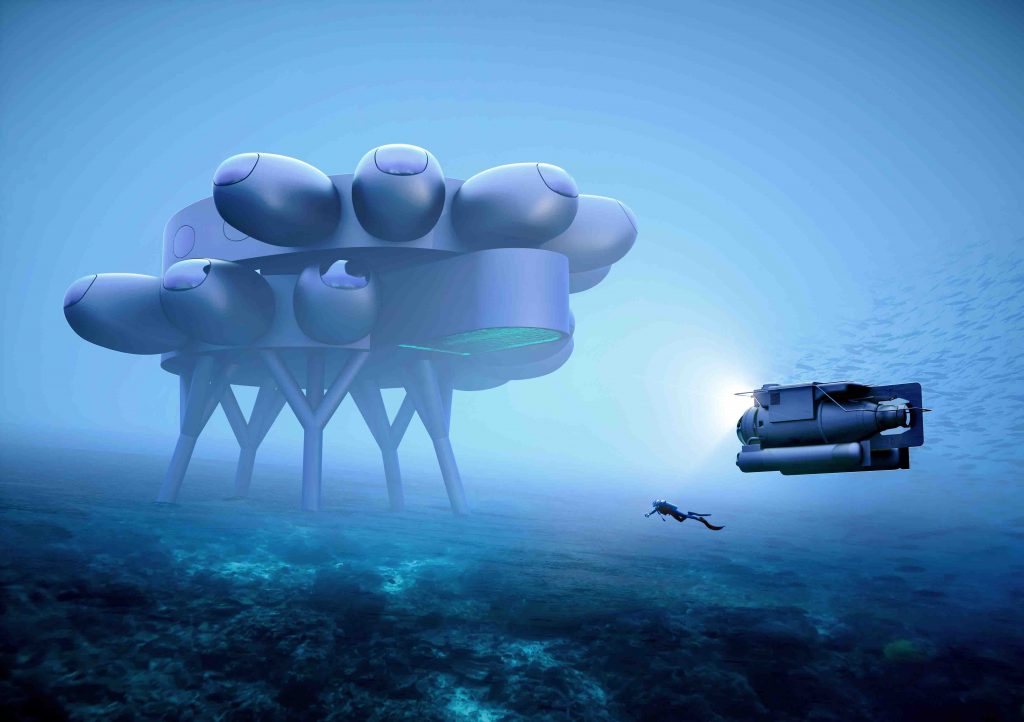 Ocean explorer and environmentalist Fabien Cousteau has announced an ambitious plan to build over the next three years “the world’s most advanced underwater scientific research station and habitat” at a depth of 18m in a marine protected area off Curaçao in the southern Caribbean.

Called PROTEUS, he says the station’s mission will be to address critical global concerns in terms of requirements for new medicines, sustainable food supplies and tackling the effects of climate change.

“As our life-support system, the ocean is indispensable to solving the planet’s biggest problems,” says Cousteau. “Challenges created by climate change, rising sea levels, extreme storms and viruses represent a multi-trillion-dollar risk to the global economy.”

He says that he envisions PROTEUS as the underwater version of the International Space Station, providing a platform for scientific collaboration among the world’s leading researchers, and the first in a network of such habitats.

More than four times bigger than any previous underwater habitat, PROTEUS would contain state-of-the-art laboratories, sleeping quarters and a moon pool. An underwater greenhouse would enable the inhabitants to grow fresh plant life for food, and the station would be sustainably powered using hybrid sources including wind, solar and ocean thermal energy conversion.

Scientists and aquanauts would be able to conduct continuous night and day saturation dives, and organic samples collected could be processed and studied in real time.

“PROTEUS is a hopeful step forward in spreading the message that we must protect the ocean as if our lives depend on it,” said marine biologist and underwater explorer Dr Sylvia Earle, who is Ocean Ambassador of the Fabien Cousteau Ocean Learning Centre behind the project.

“Living under water gives us the gift of time and the incredible perspective of being a resident on the reef. You’re not just a visitor any more.”

Partners in the project include Northeastern University, Rutgers University, the Caribbean Research & Management of Biodiversity Foundation and University of Rhode Island. The cost of the build is projected as US $135 million, to be provided by a mix of private and public donors.

Site-mapping had been supposed to begin in July but had been pushed back by the coronavirus to September, Divernet was told. Once travel was possible, Cousteau was set to dive the proposed site with a local team.

After that the plan was to have the habitat completed within around three years of the site-mapping, although research into aspects such as local water quality and plastics content could begin immediately.

In 2014 Cousteau led a team of five aquanauts to set a new record of 31 days for time lived under water, at the Aquarius habitat in the Florida Keys. The team was said to have performed three years’s worth of equivalent research in that time, resulting in 12 published scientific studies and 9800 scientific articles.

In 1962 Fabien’s grandfather Jacques-Yves Cousteau began the process of building underwater research habitats with his Conshelf I, II and III projects in the Mediterranean and Red Sea.