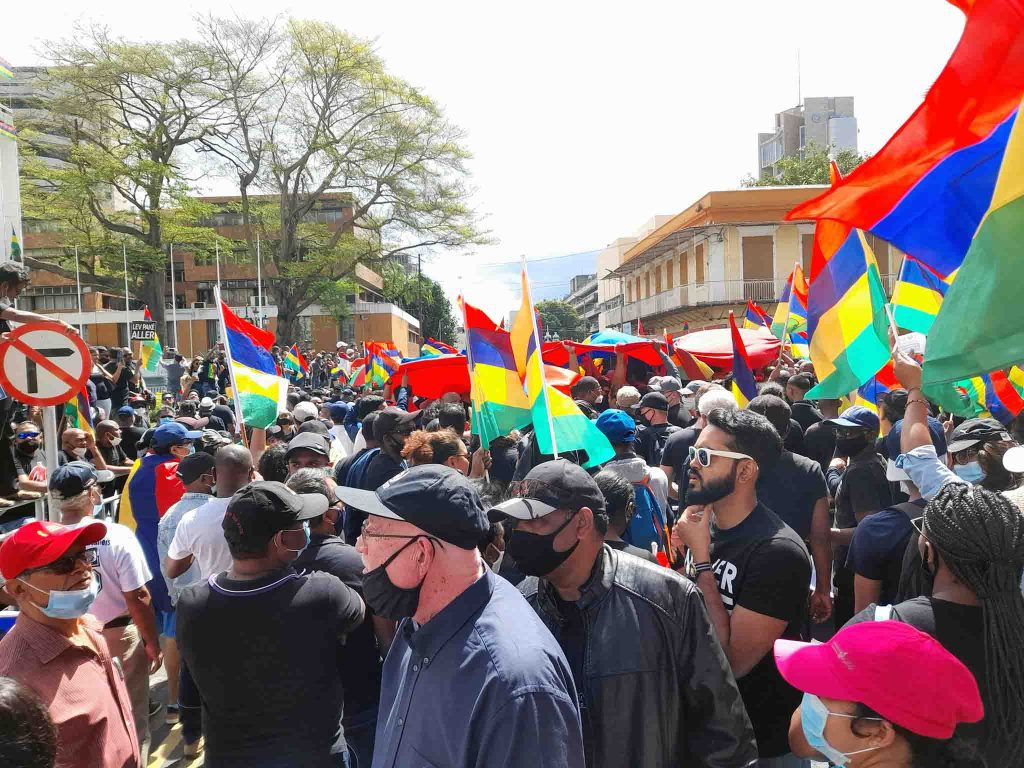 The deaths of at least 40 dolphins and whales in the wake of the Wakashio oil spill off Mauritius have provoked popular demonstrations in the streets of the Indian Ocean island’s capital Port Louis. The protests took place on 29 August.

The Mauritius Tourism Promotion Authority recently issued a sanguine announcement that the spill had successfully been contained to some 4% of the island’s coastline, as reported on Divernet.

However, this has not allayed the concerns of environmental campaigners. They are demanding a full investigation into the damage caused when the Japanese-owned bulk-carrier struck a coral reef in the south-east of the island on 25 July, spilling hundreds of tonnes of fuel-oil into the sea.

The government has said that it is setting up a commission to investigate the spillage, and would be carrying out post mortems on at least 40 of the dolphins and whales that recently began stranding, to determine the cause of death.

On two initial examinations, preliminary reports had indicated no evidence of oil on or in the bodies.

Local environmental group Eco-Sud has requested that independent experts be involved in the investigation into the dolphin deaths. It was taking into account the possibility that vessels equipped with sonar involved in the Wakashio salvage operation might have contributed in some way to the cetaceans’ deaths.

Eco-Sud said its crowdfunded disaster appeal had resulted in donations of 25 million rupees (about £470,000), which would be used for lagoon rehabilitation and restoration and to support workers affected by the disaster.

“The mv Wakashio has damaged livelihoods considerably, leaving local economies vulnerable,” it says. “Many fishermen, skippers and others living from the sea have lost their only source of income. The funds will also be used to restart their subsistence.”