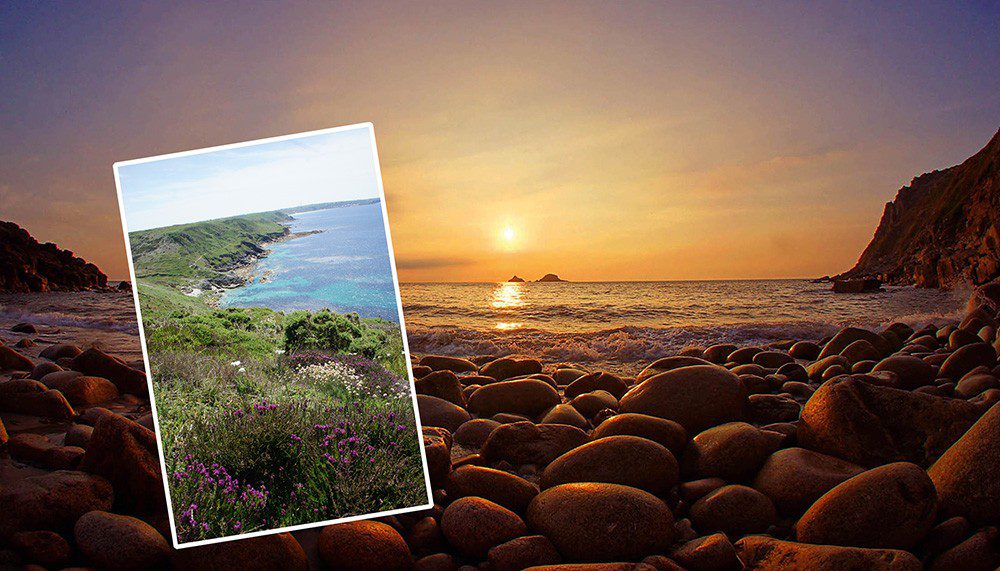 Porth Nanven is a small cove in the far west of Cornwall, between Land’s End and Cape Cornwall. It is about three-quarters of a mile from the town of St Just, at the end of Cot Valley.

Facing west, it suffers the full onslaught of the Atlantic, and the sea is very often not accessible there. 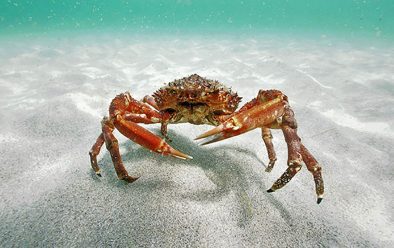 A spider crab finds its ‘oasis’.

It is sometimes referred to as Dinosaur Egg Beach, because of the remarkable deposits of ovoid boulders varying in size from hen’s egg to a metre or more long.

They were formed by the sea some 120,000 years ago, when levels were higher. It’s a spectacular landscape, and a favourite with photographers, especially at sunset.

Protected as a site of special scientific interest and owned by the National Trust, this is a cove I had always wanted to snorkel and explore but, as is often the case, the weather and wind had been unkind.

This summer, however, there was an opportunity when the winds changed to the east. It was a full gale, but the cove is protected from this direction.

I drove to the small National Trust car park at the end of Cot Valley and walked to the top of the beach.

The east wind blew strongly down the valley but the emerald sea was calm inshore and conditions looked good.

The sea was offering 15-20m of vis, and the sun shone from a blue sky.

I changed quickly and scrambled over the boulders into the sea.

Wearing and carrying scuba-gear, this would have been virtually impossible, but in that respect snorkelling is much easier.

After about  90 minutes in the water, I climbed and scrambled back to the car. 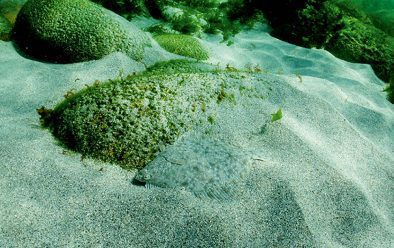 A plaice on the sand.

I scrolled through my images to make sure I had  recorded the stunning scenery and seascapes over which I had swum and into which I had dived.

They looked OK. When the UK is good, you have to go and look.

I did find what appeared to be some metal wreckage in the sand, and assume it came from the British WW1 submarine  L1, wrecked on 30 March, 1930.

It was under tow from Chatham to Newport to be scrapped when the tow parted, so it was scrapped at the site, with one end embedded in the sand, the other on the rocks. 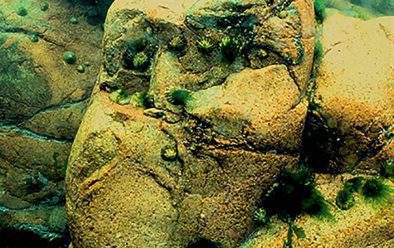 The Celtic Old Man of the Sea.

I do like dramatic scenery, and this was no exception.

The beautiful yellow Cornish granite reefs and cliffs brought out the sense of legend and myth of this area, and I did find the Celtic “Old Man of the Sea”, with his scarred and gnarled features.

I took his picture, seen here to the right, and somehow it seemed to be a selfie.