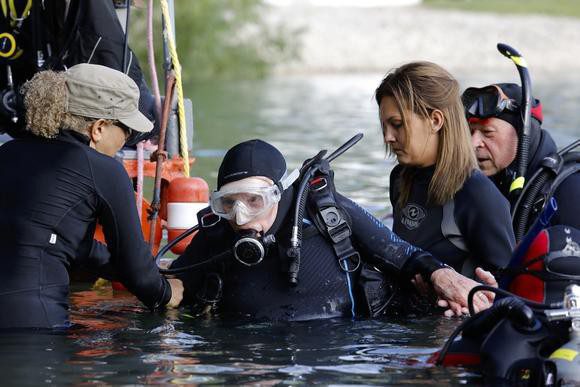 US media has been excited about 100-year-old Illinois man Bill Lambert claiming a Guinness World Record (GWR) for oldest scuba diver, after he took a lake plunge to celebrate his centenary.

Lambert enjoyed a 27-minute nitrox dive with staff from the Loves Park Scuba dive-centre in Pearl Lake, South Beloit on 7 September, two days after turning 100. The former gravel pit has an average depth of 11m and is 26m in its deepest part.

Lambert started diving only when he was 98 and qualified in Cozumel, Mexico. He was quoted at the time as saying that the dive had been submitted to GWR, though he now says that wasn’t the case.

He is almost exactly three years older than the current long-time world-record holder, but it remains to be seen whether GWR verifies his bid.

For now the record rests with British diver Ray Woolley, most recently for a 42m wreck-dive he carried out last year to celebrate his 96th birthday. The dive took place on the Zenobia in Cyprus, where he has lived and dived for the past 20 years.

Unlike Lambert, Woolley has been a scuba-diver for 60 years and has dived all over the world. He became 97 on 28 August and, as a Royal Navy veteran of WW2, celebrated as guest of honour aboard the survey vessel HMS Enterprise.

Amid coronavirus restrictions it is unclear whether he will be carrying out his usual birthday dive this year.