US fighter raised from Black Sea

US fighter raised from Black Sea 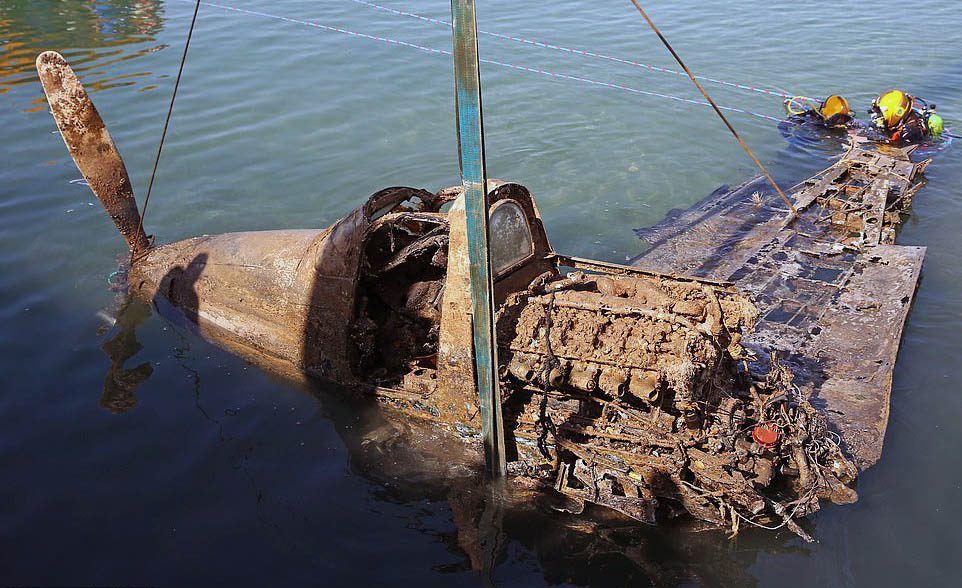 A Bell P-39 Airacobra aircraft has been raised from the Black Sea in Crimea by a dive-team, the culmination of a joint expedition carried out by the Russian Geographical Society and the Ministry of Defence of the Russian Federation.

Some 5000 of the US-built mid-engined fighter planes were delivered to the USSR’s air force up to the end of 1944 under the WW2 Lend-Lease scheme.

Identified by its fuselage number, the aircraft found had been delivered to the 11th Guards Aviation Fighter Regiment of the Black Sea Fleet in 1943, had participated in the liberation of Crimea from Nazi Germany and helped to provide air cover during the Yalta Conference in February 1945, according to Russian news agency TASS.

Yalta had brought together Allied leaders Joseph Stalin, Franklin Roosevelt and Winston Churchill, arriving at the airfield in Saki from which the regiment operated. Providing protection for the delegates had been the regiment’s final combat mission of WW2.

Five months later on 27 July during a training flight the Airacobra’s pilot Jr Lt Vladimir Shishkin saw smoke coming from the engine. He made an emergency landing on the water about 1km from the airfield. The plane sank 30 seconds later but he escaped with no more than a slight head injury.

The wreck was found by chance 800m from the village of Novofedorovka in 2017 by amateur scuba diver Alexey Kazarinov. He had passed on the rough co-ordinates to the authorities but it wasn’t until 2019 that divers were able to relocate and survey it as part of a wider search for WW2 wrecks.

They raised the aircraft using a crane on 14 September and it is now set to go on display, possibly in Crimea.

The Airacobra’s accident report had been traced in the archives and the malfunction had been attributed to a broken connecting rod.

Jr Lt Shishkin had about nine hours’ flying time on Airacobras before the crash and got in another 24 hours before graduating at the Stalin Naval Aviation School of the Order of Lenin a month later.

Bell Airacobras are said to have enabled individual Soviet pilots to collect more kills than any other US fighter ever flown.

A number of other Airacobra wrecks have been found in Crimea, three in the Kerch Strait, which connects the Black Sea with the Sea of Azov, and one in Lake Tobechik, also in the Crimea. All had been shot down in battle.