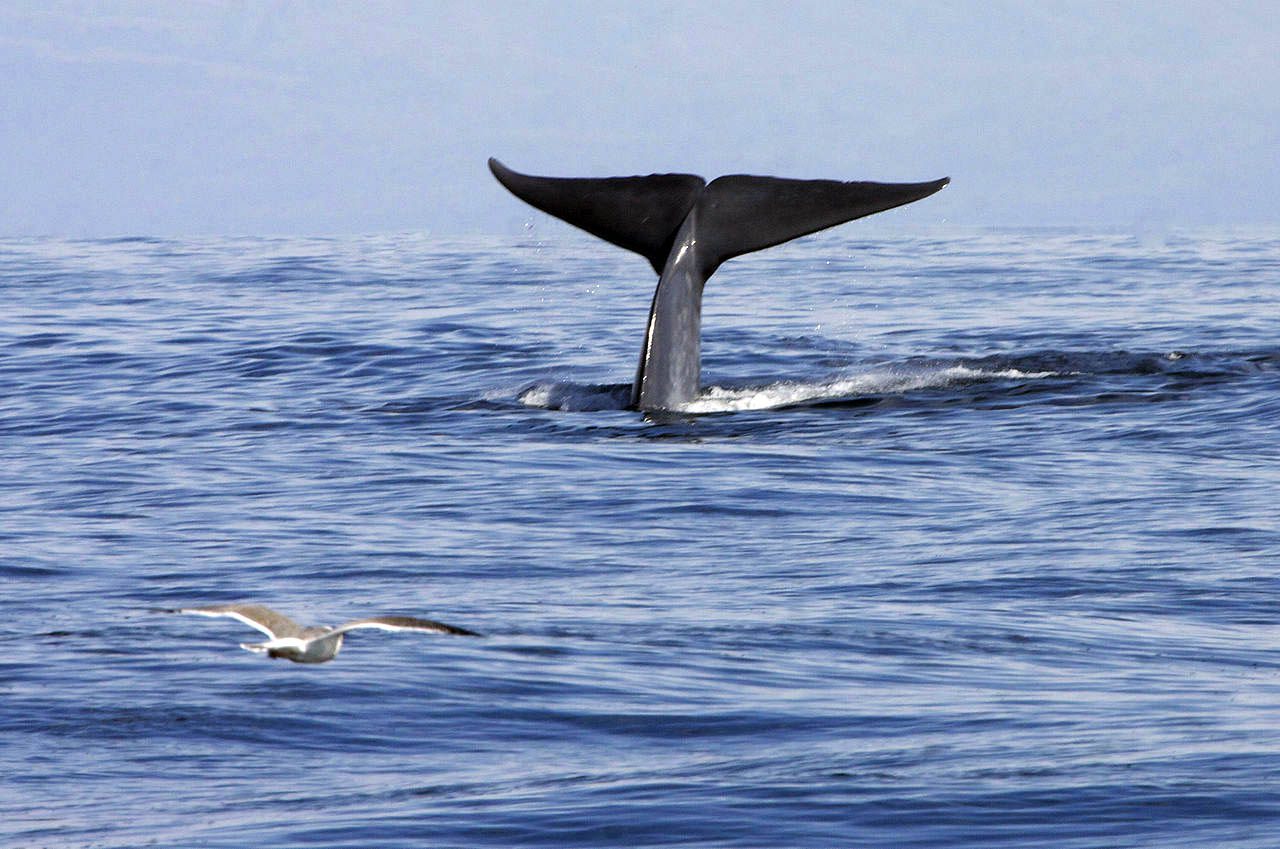 Blue whales, the biggest animals on the planet, switch from overnight singing to daytime vocalisations every year as they start to migrate – and now scientists have worked out why.

Each year blue whales head south on a 4000-mile journey from their feeding grounds in the north-east Pacific to their breeding grounds off Central America – one of the longest migrations in the world.

And the US researchers have concluded that they spend so much of the daytime feeding to bulk up for their migration that they have to reserve their singing for night-time – and on departure resume singing during the day.

Whale song has been studied for decades but scientists have always found it difficult to decode. In 2015 Stanford University’s Hopkins Marine Station embarked on a collaboration with Monterey Bay Aquarium Research Institute (MBARI) to record blue whales singing both solo and in chorus in their feeding grounds.

They used a combination of 15 individual tags and a hydrophone planted 900m deep 18 miles off the coast of Monterey in California. The underwater microphone was powered by, and communicated with, MBARI’s MARS undersea observatory.

Focusing on the whale-song wavelengths in the two terabytes of data produced each month by this instrument, the researchers found that each summer the whale singing occurred mainly at night and grew louder, peaking around October and November. After this it became more of a daytime activity, as the whales began to depart for warmer waters.

The tags, developed by Stanford biologist Jeremy Goldbogen, used accelerometers to monitor vibrations and integrated hydrophones to listen to the individual’s singing.

“We decided to compare daytime and night-time song patterns from month to month, and there, in the divergence and convergence of two lines, was this beautiful signal that neither of us really expected,” said MBARI biological oceanographer John Ryan, senior author of the just-published study.

“When we saw the exact same pattern on individual animals, we realised that what we’d been measuring over hundreds of kilometres is actually a real behavioural signal – and one that represents the behaviour of many different whales. As an ecologist, it’s very exciting to observe so many whales simultaneously using one instrument.”

Through further analysis of the recordings the scientists hope to find out how the whales are responding to changes in the ecosystem and their food supply, and to help prevent ship-strikes by predicting their movements.

Oestreich also wants to determine whether lone whales rely on song cues from other whales to decide when to stop feeding and head south.

“Blue whales exist at incredibly low densities with enormous distances between them but, clearly, are sharing information in some way,” he said.

“Trying to understand that information-sharing is one motivation, but also potentially using that signalling as a means to study them is another exciting possibility.”