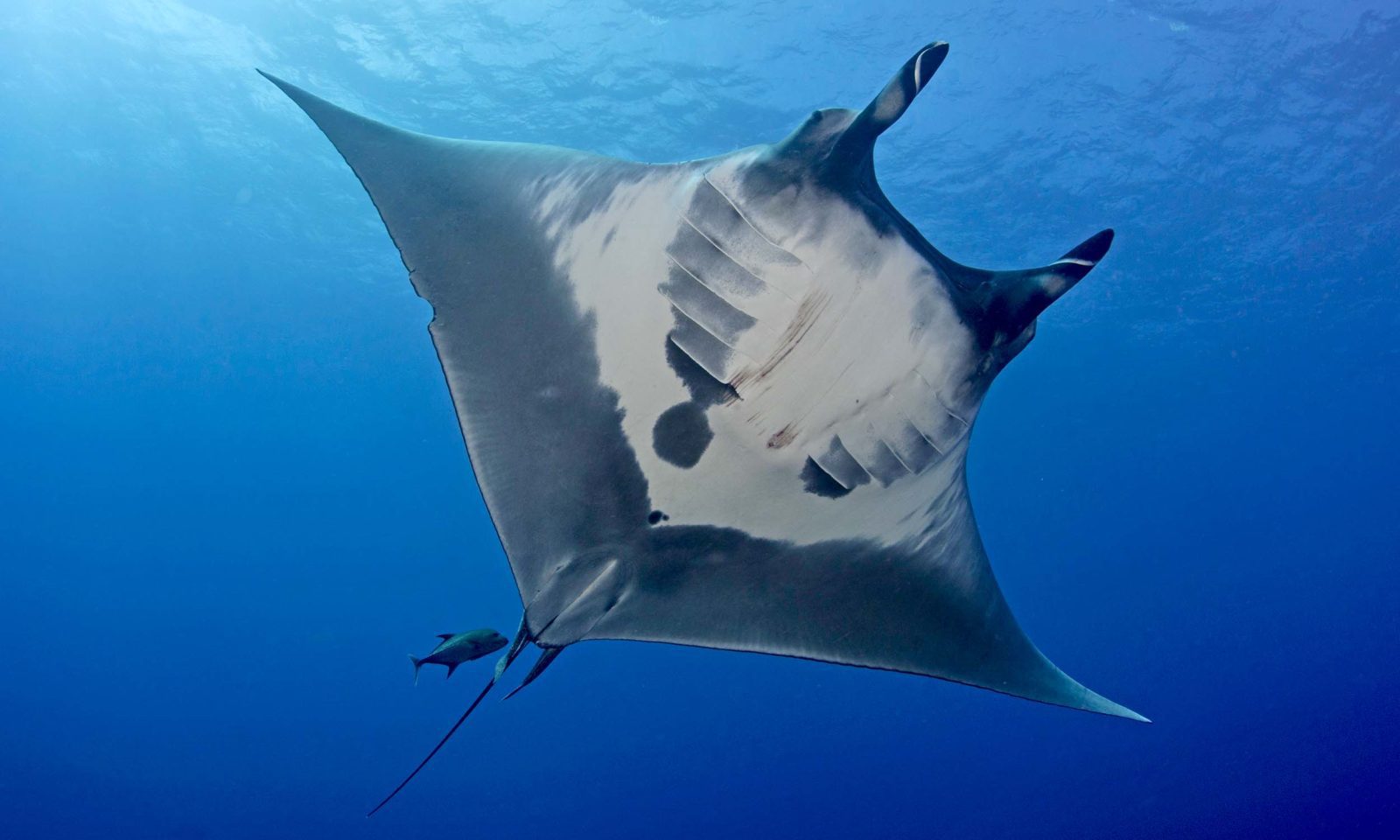 The giant manta ray has become the first manta species to be listed as Endangered. The threat level to Mobula birostris has just been raised from Vulnerable on the IUCN Red List of Threatened Species.

The Endangered listing, which covers some 16,000 species, is reserved for those that cause grave conservation concerns. Almost a third of sharks and rays are under threat of extinction.

Mantas are now heavily targeted for their gill-plates for use in Asian “medicine”, and the Marine Megafauna Foundation (MMF) says this unsustainable trade is having a greater impact on giant or oceanic mantas than on other manta species.

“The giant manta ray is a classic example of a species that is quickly succumbing to human-induced pressures,” commented MMF co-founder Dr Andrea Marshall, who was first to identify Manta birostris as a separate species and have it recognised as such in 2009. She was also lead author of the IUCN’s new assessment.

Listing under two major international conservation treaties, CMS in 2011 and CITES in 2013, appears to have achieved little in arresting the species’ decline.

Late to reach sexual maturity, the rays give birth only to single offspring every few years, and do little to protect them, so their reproduction rate is too slow to build back depleted numbers. “Manta rays simply cannot withstand such pressures on their populations,” says Dr Marshall.

The only faint hope for giant mantas appears to be through their economic value as living creatures. “Interactions with manta rays are highly sought after by dive and snorkel tourists globally and contribute millions of dollars to tourism economies each year, particularly in developing nations,” says MMF senior scientist Dr Stephanie Venables.

“At this pivotal time, recognising their economic value may help to encourage the protection of this enigmatic and now endangered species”

“It is such an honour to have been able to study and describe this species,” says Andrea Marshall. “The realisation that the giant manta ray is now in danger of extinction is a hard pill to swallow

“We are still busy learning about this extraordinary creature and we have only scratched the surface. There is so much more we need to understand, but at this stage, we have put that all aside in favour of protecting the last remaining populations of giant mantas across the globe.”

*****  THE WORLD’S FASTEST shark, the shortfin mako, has suffered a major conservation setback as the European Union and USA blocked proposals designed to protect the already endangered species.

Makos are dangerously overfished especially in the North Atlantic, with scientists claiming that the population could take 50 years to recover even if fishing stopped today. EU vessels from Spain and Portugal are mainly responsible, with American sports-fishing also contributing to the sharks’ decline.

The UK recently backed a Canadian proposal to ban mako-fishing but the EU and USA failed to support the move.

“North Atlantic mako depletion remains among the world’s most pressing shark-conservation crises, yet the EU and USA put short-term fishing interests above all else and ruined a golden opportunity for agreeing a clear and simple remedy,” says Shark Trust director of conservation Ali Hood.