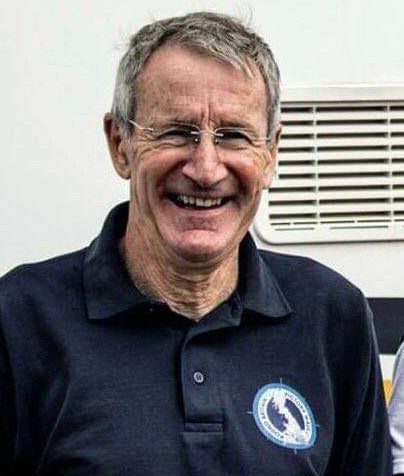 Frank Allen, who was instrumental in the development of scuba-diving as an adventurous training (AT) activity for members of Britain’s armed forces, died on 30 December.

From 1994 until his retirement in 2005, Allen was officer in charge of the Joint Service Sub Aqua Diving Centre. Diver training courses and many expeditions were organised from the JSSADC’s base at Fort Bovisand near Plymouth in Devon.

Before that Allen had enjoyed a long career as an officer in the Royal Marines, during which time he also became a frequent contributor to DIVER Magazine.

Under Allen’s supervision the JSSADC ran Sub Aqua Diving Supervisor (SADS) courses, based on the British Sub-Aqua Club diver-training programme combined with Ministry of Defence regulations. Since his death many former trainees have paid tribute to him, praising his personal qualities and in particular the high standards of diver-training on which he insisted.

“During his time he modernised the way courses were delivered and made huge improvements to the centre,” said the JSSADC in reporting Allen’s death, noting that his task had proved particularly challenging after non-military diving activities at Fort Bovisand ceased, around the year 2000.

“He was a strong advocate for diving as an AT activity, and even in retirement maintained a close interest in developments,” stated the centre. Allen is survived by his wife Jane.

Meanwhile Bob Clay, a well-known figure to local and visiting scuba divers in St Abbs in Berwickshire over the past 30 years, died in hospital on Christmas Eve at the age of 70, following a long illness.

“If anyone approached Bob about kit that wasn’t working properly, he would do his level best to try to fix it, often spending hours of his own time working in this way,” says friend and former diver Roy Waller. “This kind of selfless act made Bob many friends throughout the UK diving community.”

Clay was brought up in Bradford, where he would help out at his local dive shop, Waller told Divernet. During the 1970s he worked as a commercial diver in the Persian Gulf, returning to the UK in 1977 and joining Halifax BSAC: “Bob loved all things diving – and all things shark.”

He moved to the St Abbs area in the mid-1980s, spending his weekends helping out at Scoutscroft dive-shop, and could often be found at the UK Dive Shows working with Otter Watersports.

“He was snapped up by St Abbs lifeboat station when he offered to repair all their drysuits,” says Waller.

“Bob was the person who kept the St Abbs lifeboat-crew dry. On Lifeboat Day he would work his way from St Abbs to Coldingham with a collection box – it always came back very heavy.”