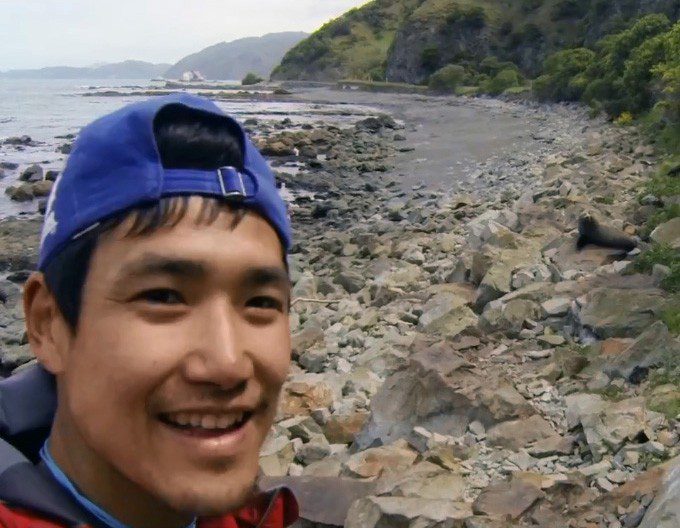 A search and rescue operation was launched off New Zealand’s South Island when scuba diver Kazushi Noiri was reported missing. What was unusual was that the 34-year-old nurse hadn’t realised he was in any difficulties.

Noiri was on one of his regular solo dives at a coastal site called Wellers Rock near the southern city of Dunedin, where he lives. He had descended soon after 3pm on 11 January, having checked the weather and tides and told his family where he was going and when he would be back, according to the Otago Daily Times.

Because the site was only around 8m deep he had stayed down for around 100 minutes when he felt something grab his leg.

“I had watched a scary movie the night before and thought it was some sort of underwater creature coming to get me,” he told reporters. In fact it had been a member of the search and rescue team trying to get his attention.

The alarm had been raised after a kayaker had seen the diver’s float, which he had anchored to the seabed. The kayaker had called for help after failing to see any bubbles or signs of a diver surfacing.

Noiri came up to find quite a crowd on the shore. “I felt very sorry for what I had caused, even though I had taken those safety steps,” he said, and in future plans to notify his club at local centre Dive Otago whenever he is out diving.

Certified around 10 years ago, Noiri dives whenever he can to enjoy the local marine life, staying relatively shallow and using twins so that he can remain down for as long as 150 minutes at a time.

“There’s so much to see, from schools of fish, octopus, crayfish and the occasional sea-lion,” he told the paper.

“Safety is the main thing when you’re diving and I do take every precaution I can. I’m normally out for a longer time than many, and I can see why someone would be alarmed when they didn’t see me after a while.”

Four years ago Noiri also made a splash when he walked the 1000-mile length of New Zealand to raise money for a medical charity.