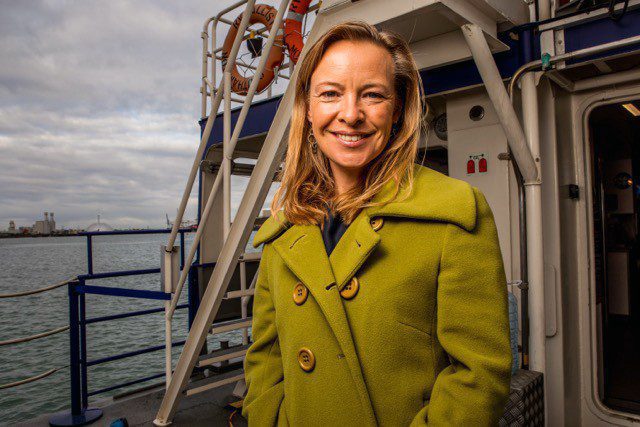 PADI has announced its team of “AmbassaDivers” for 2021, inviting personalities around the world who it feels are in a position to influence wide audiences.

Best-known in the UK is TV and radio wildlife presenter Miranda Krestovnikoff. She learnt to dive while studying zoology at Bristol University, not expecting the sport to become a major part of a career that kicked off with the Wreck Detectives TV series. She went on to become a frequent presenter on the BBC and other networks such as Fox.

Krestovnikoff was also for some time a frequent contributor to DIVER magazine. “Through her work on and off screen, she hopes to connect people with nature and the need for conservation,” says PADI Worldwide.

The training agency launched its AmbassaDivers programme in 2015, seeking participants who “are sharing their love for diving, acting to safeguard ocean health and exciting others to pursue their own passions.

“Together, they are a motivating force in their communities and across the globe, leading and encouraging others to seek adventure and save the ocean,” says PADI.

The other eight divers in the 2021 team include Dubai-based Brit Paris Norriss, host of an adventure travel show said to have audiences of 15m. Photographer and shark conservationist Taylor Walston is based in Hawaii, while Chinese film-maker and conservationist Doudou became China’s first female National Geographic Explorer and claims 1 million-plus social media followers. There are also two female AmbassaDivers from Japan, Yukie Higashinita and Kaoruko Inou.

Argentinian Big Brother winner and marine conservationist Francisco Delgado, now based in Cozumel, is dedicated to introducing younger generations in Latin America to the underwater world. The team is completed by underwater photographer and film-maker Tom Park in Australia and Polish dive instructor Martyna Skura, based in the Maldives.

“They are true torch-bearers, dedicated to exploring and protecting the underwater world,” said PADI Worldwide’s Kristin Valette-Wirth of the nine divers. “And we are committed to amplifying these AmbassaDivers’ stories to inspire more people around the globe to deepen their connection with our water planet.”