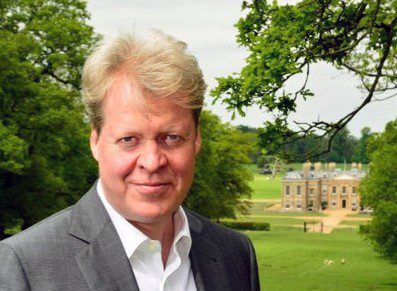 Planned dives to find remains of the 12th-century “White Ship” off France’s Channel coast were foiled by seasonal weather in mid-December – but now historian and scuba diver Charles Spencer has announced that his high-profile quest will resume.

The 9th Earl Spencer, younger brother of the late Princess Diana, has called the sinking of the mediaeval ship and its aftermath “a mixture between Titanic and Game of Thrones” that changed the course of English and European history.

The White Ship, a clinker-built Viking-style boat propelled by 50 oarsmen, sank on 25 November, 1120 on its way to Southampton. It was only about a mile out from Barfleur harbour in France when it hit the submerged Quilleboeuf Rock.

The ship was carrying many members of the Anglo-Norman nobility, celebrating victory after four years of war against the French. Among them was King Henry I’s only male heir, 17-year-old William Aetheling, William’s sister Matilda la Perche and one of his many illegitimate children, Richard of Lincoln.

William was able to get away on a longboat when the ship foundered, but he made the fatal decision to order his guards to row back in a bid to rescue Matilda. The boat capsized as other victims tried to clamber aboard, and the brother and sister died along with many knights and countesses. Only one man, a French butcher, survived the sinking and was able to relate what had happened.

Last year Spencer published a well-received book about the White Ship. He describes the chances of finding its remains as “optimistic” but says that after detailed research his dive-team will be looking for “surviving metalwork – nails, rivets, etc” that held the timber planking together.

Spencer says he hopes that “learning more about the construction of the White Ship will provide some helpful insights into medieval boat-building practices generally”.

Working closely with him on the summer diving expedition will be Roger Michel, Director of the Institute for Digital Archaeology. “The area has never been subject to any professional archaeological examination, and so may yield interesting new clues about the structure, composition and cargo of the doomed ship,” he stated recently.

King Henry 1 was the son of William the Conqueror, and the loss of his heir had far-reaching consequences. After his death civil war broke out between his appointed successor, another daughter also named Matilda, and his nephew Stephen of Blois.

Known as the Anarchy, the conflict continued for 20 years until Matilda’s son eventually took the English throne in 1135 as Henry II.